Brought out to officially open the festival, Martin Scorsese gestured for Cate Blanchett to join him in the middle of the Palais des Festivals' stage. And much of the spotlight on the opening day belonged to Blanchett, a prominent member of the Time's Up initiative. A Cannes Film Festival grappling with issues of gender equality and other winds of change was declared open Tuesday by Martin Scorsese and Cate Blanchett, arm in arm, before the premiere of Asghar Farhadi’s “Everybody Knows.”

The 71st edition of the glamorous French Riviera extravaganza of cinema and celebrity — and the first of the post-Harvey Weinstein #MeToo era — kicked off with the Spanish-language debut of Farhadi, the Iranian filmmaker, starring Penelope Cruz and Javier Bardem.

On the opening ceremony’s carefully choreographed red carpet, one of the festival’s numerous modifications this year — a ban on selfies — was broken by some attendees who attempted to take photographs with their phones.

Scorsese, who won the festival’s top prize, the Palme d’Or, for Taxi Driver, was in Cannes for an anniversary screening of his 1973 breakthrough Mean Streets. Brought out to officially open the festival, he gestured for Blanchett to join him in the middle of the Palais des Festivals’ stage. And much of the spotlight on opening day belonged to Blanchett.

A prominent member of the Time’s Up initiative, Blanchett told reporters that the #MeToo movement will play a role in this and every following Cannes festival, but won’t factor into their deliberations.

“Would I like to see more women in competition? Absolutely. Would I expect and hope that that’s going to happen in the future? I hope so,” Blanchett said. “But we’re dealing with what we have that’s here. Our role is to, in this next almost two weeks, is deal with what’s in front of us.” 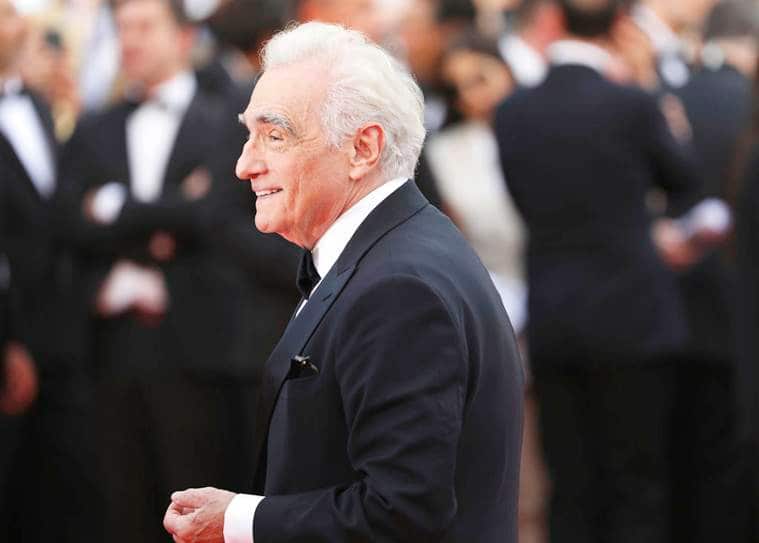 Director Martin Scorsese poses for photographers upon arrival at the opening ceremony of the 71st Cannes Film Festival. (Photo by AP)

Competing for the Palme are 21 films, including new releases from directors Spike Lee, Pawel Pawlikowski (the Oscar-winning “Ida”) and Jean-Luc Godard. Three of the films in the competition are directed by women: Nadine Labaki, Eva Husson and Alice Rohrwacher.

Blanchett noted the festival has improved the gender parity of its selection committees. Juries, she noted, have in recent years been split equally, with the president tilting the scales.

Cannes has come under criticism for years for not selecting more women directors. Only one female filmmaker, Jane Campion, has won the Palme. Lasting change, Blanchett said, will only occur through specific actions over time to narrow the gender gap and improve diversity in the world of filmmaking.

Still, the shadow of disgraced film mogul Weinstein is looming over this year’s Cannes. For two decades, Weinstein had been an omnipresent figure at the festival, where several of his alleged sex crimes took place.

This year, Cannes has established a hotline for sexual harassment victims at the festival. It will also hold a special red carpet on Saturday with about 100 women attending, which festival director Thierry Fremaux said is “to affirm their presence.”

Those will include all five female members of the jury: Ava DuVernay, Kristen Stewart, Lea Seydoux and Burundian songwriter Khadja Nin. Fremaux says the Weinstein sex abuse allegations came as a shock to Cannes, forcing the festival to examine its own practices and do more to improve gender equality.

“It isn’t just the Cannes Film Festival that’s going to change,” he said Tuesday. “The whole world has changed.” Others have pressured Cannes to confront its role in the scandal. Weinstein is alleged to have raped Italian filmmaker and actress Asia Argento at the 1997 Cannes festival. Weinstein has denied any nonconsensual sex.

“What emerged in Cannes must be fought in Cannes,” said Marlene Schiappa, France’s secretary of state in charge of gender equality. Asked if improving gender equality at the festival also means pulling back on the lavish red carpets that are part fashion show, Blanchett said no. 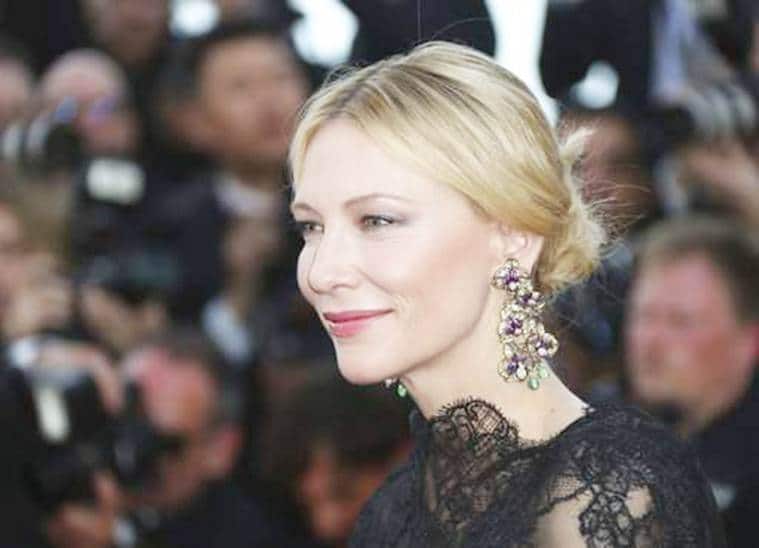 DuVernay, the filmmaker of Selma and the Netflix documentary “13th,” said that the power of movies is the ability to “speak to each other through cinema.”

Before the festival began, controversy dominated the Cannes landscape.

After two Netflix films played in competition as last year’s Cannes festival — prompting protests from French exhibitors — the Cannes board of directors ruled that a film in competition at Cannes must have French distribution. French law prevents a film that plays in theaters to appear on streaming services for three years.

Faced with the prospect of only showing its films out of competition, Netflix withdrew its films from Cannes. Several Netflix titles, including Alfonso Cuaron’s “Roma” and the recently completed Orson Welles film “The Other Side of the Wind,” had been expected to premiere this year.

Since then, both sides have expressed some regret over the high-profile disagreement.

Also likely absent from Cannes will be two filmmakers living under house arrest in their home countries. The festival has asked that Russian theatre and film director Kirill Serebrennikov and Iranian filmmaker Jafar Panahi be given permission to attend the premieres of their films, but that appears unlikely.

In the festival’s Un Certain Regard section is Rifiki, a lesbian romance from Kenya that has already been banned at home.

But Danish provocateur filmmaker Lars von Trier will return to Cannes seven years after being declared “persona non grata” for joking about being a Nazi and having sympathy for Hitler. His film — The House That Jack Built — stars Matt Dillon and Uma Thurman.

Also making a return to Cannes is Star Wars. The Han Solo spinoff Solo: A Star Wars Story is set for an international premiere on May 15.