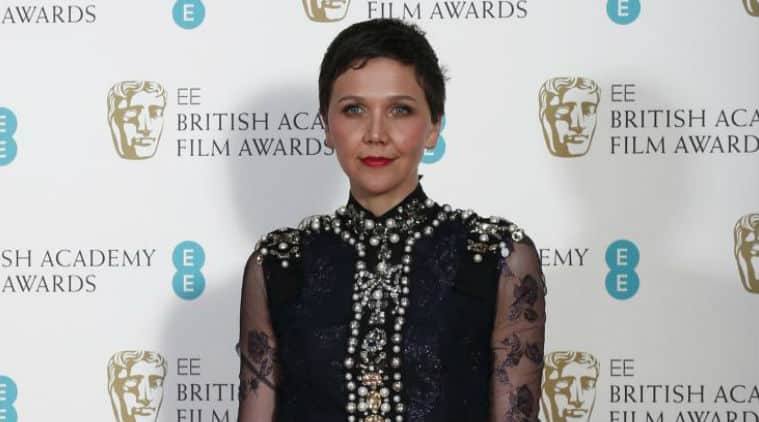 Maggie Gyllenhaal: I think sex in film is so interesting. (Source: Reuters)

Maggie Gyllenhaal thinks intimate scenes are “so interesting” but admits they can be “uncomfortable” to shoot. The “Honourable Woman” actress – who has daughters Ramona,eight, and Gloria, three, with husband Peter Sarsgaard – said she is fascinated by seeing intimate moments played out on film, reported Contactmusic.

“I think sex in film is so interesting. It’s uncomfortable to take your clothes off in front of people you don’t know, but it can be an opportunity for really interesting acting. I’m 37, and I’ve had two babies, and I’m really interested in nudity now,” she said.

Gyllenhaal, 37, was happy to shoot intimate scenes for “The Honorable Woman” because she wanted to give a realistic view of a woman’s body. “I was never the actress asked to be the hot girl who took her clothes off on her first day of work. I was never objectified that way. “But in ‘The Honourable Woman’, my character Nessa is so controlled, I wanted the sex to be animal. Unfortunately, it was the BBC and so it couldn’t be totally animal.”

Subscriber Only Stories
View All
How Microsoft’s OpenAI-powered Bing could change the way world sear...
Reading RBI’s policy review
Why are over 60% IIT Bombay graduates opting for jobs unrelated to their ...
Delhi Confidential: Rajeev Chandrasekhar’s connect with Nagaland
Buy 2-year plan with SD20 code for special price
First published on: 12-06-2015 at 11:26 IST
Next Story