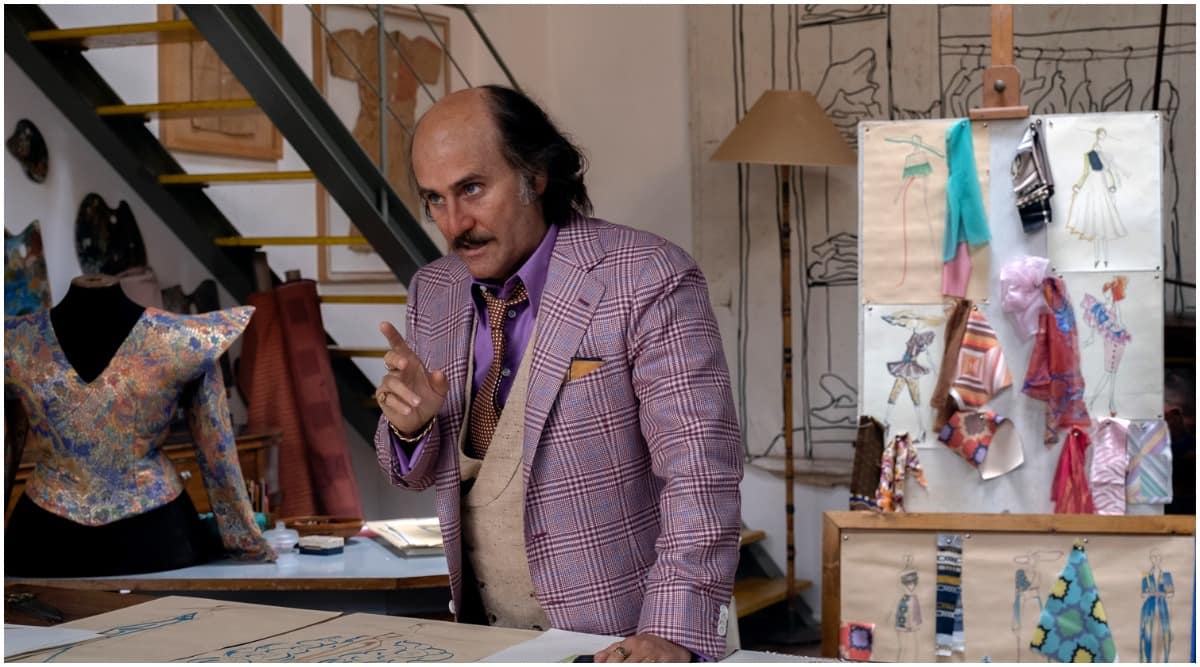 Jared Leto as Paolo Gucci in a still from Ridley Scott's House of Gucci.

Jared Leto insists that there is method to his madness, but when the method becomes indistinguishable from the performance, that’s when the problems start. The Oscar-winning provocateur plays the weaselly Paolo Gucci in director Ridley Scott’s House of Gucci, a crime drama that Leto threatens to derail with a categorically unhinged performance every time he shows up on screen.

While the actor’s total screen time might not amount to much, his ridiculously offensive accent, cartoonish delivery, and absolute refusal to think about anybody but himself makes for an excruciating viewing experience. It’s the sort of performance you hear whispers and murmurs about before you actually see it. Weeks before House of Gucci arrived in theatres, it premiered for members of the press, who were all collectively aghast at what they’d seen. While some were convinced that the entire movie should’ve played to Leto’s tempo, others were left wondering how he was allowed to get away with something like this at all. Either way, Leto, as he often tends to, was dominating the discourse.

The fashion designer Tom Ford, who once served as the creative director of Gucci and is briefly portrayed in the film, said that he found Leto’s performance particularly problematic. Ford wrote that he met Paolo on several occasions, and while he ‘was indeed eccentric and did some wacky things, his overall demeanour was certainly not like the crazed and seemingly mentally challenged character of Leto’s performance’. He’s right, of course. In addition to being a terrific designer who literally knew these people, Ford is quite the accomplished filmmaker himself, and therefore uniquely qualified to comment on the movie.

Paolo, on paper, isn’t unlike Fredo Corleone from The Godfather—a black sheep whose every action and reaction is a response to his own festering mediocrity. What’s truly baffling is that in every scene without Leto, House of Gucci plays like a similarly serious crime epic. But compare his performance to that of the late, great John Cazale in Francis Ford Coppola’s films. While Cazale might not have an Oscar, he had the ability, unlike Leto, to disappear into his characters without so much as a change in hairstyle. For those of you that are curious to learn more about Cazale, you needn’t look further than Richard Shepard’s fantastic documentary, I Knew it Was You—a celebration of Cazale’s unparalleled career comprising only five films, all of which, astoundingly, were nominated for the Academy Award for Best Picture.

It’s no coincidence that Scott cast Cazale’s most frequent co-star, Al Pacino, in House of Gucci. Nor is it particularly surprising that Robert De Niro came close to playing a role in the film, as well. These details paint a clear-enough picture of the kind of movie that Scott wanted to make. By the way, Pacino is an equal offender here, but he is absolved of his crimes solely because he shares most of his scenes with Leto, an actor incapable of not drawing attention to himself.

There isn’t a single moment in which he seems to be on the same page as his co-stars—Adam Driver is obliterated off the screen by the sheer combined power of Leto and Lady Gaga, who brings to her performance the determined focus that her character, Patrizia Reggiani, brought to planning the murder of her husband.

Scott, to his credit, hasn’t thrown Leto under the bus (yet). But he doesn’t come across the sort of person who’d hold back, or tolerate nonsense on set. In fact, his candour during the film’s publicity tour—among other things, he slammed both millennials and the superhero movies that they watch so religiously—has been more entertaining that House of Gucci itself.

The filmmaker said in an interview that it was Leto who chased him for the part, and made it clear that the actor conducted himself like a thorough professional on set once he got it. For all his myth-making talk about ‘snorting lines of arrabbiata sauce’ and having ‘olive oil for blood’, Leto would show up at the crack of dawn, day in an day out, and patiently get his prosthetics done.

Read more |Dhamaka: Netflix’s thrilling Kartik Aaryan-starrer is an attack on all the right people

Leto’s train wreck of a performance is made all the weirder when you remember that mere months ago, Ben Affleck brought a similar manic energy to another Ridley Scott film, The Last Duel. But Affleck understood the assignment. He played the lecherous Count Pierre d’Alençon in that film, which, as compared to House of Gucci, is a borderline classic.

While it can be argued that The Last Duel could’ve been improved had the rest of the cast been on the same wavelength as Affleck—similar arguments can be made for Robert Pattinson’s performance as the Dauphin in The King, or even Ranveer Singh in Padmaavat—Leto’s performance robs Paolo of any sympathy, and snatches away the only shot that House of Gucci had at connecting with the audience. In a sea of monsters, Paolo was merely a simpleton gasping for breath.

And perhaps it’s a fitting conclusion to his tragic story that he has been immortalised by an actor famous for sucking the joy out of the screen every time he appears on it.