George Clooney's father, Nick reveals how George met Amal. He says that George appeared smitten right after their first meeting. He also praises Amal for being a very charming and gorgeous person with so many accomplishments to her name. 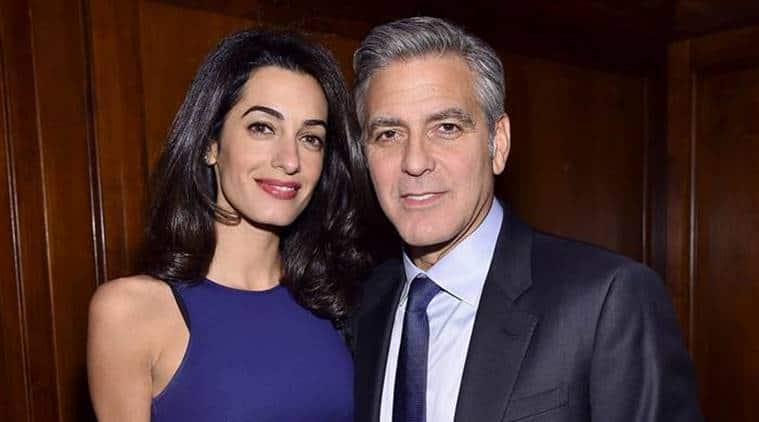 Hollywood star George Clooney’s father Nick has revealed how his son met wife Amal Alamuddin. The 83-year-old journalist-TV host said the couple first met in 2013 when the Ocean’s Eleven actor was at a dinner gathering with his parents and mutual friends where the human rights activist-lawyer was also present, reported Elle Magazine.

“(My wife) Nina and I were actually the ones who answered the door when Amal came in. She introduced herself to us and we talked. She was obviously very charming, gorgeous and so clearly accomplished…” Nick said. Clooney’s father added the actor appeared smitten by her. Nick added, “By the end of supper, I started looking over at Nina and saying, ‘Look out, this could be trouble for this young man!’ I really think by the time that first (meeting) was over, his and her fates were sealed, both of them. She was so remarkable and he was so remarkable around her.”

George, 56, married Amal, 39, in September 2014 in Venice and they welcomed their adorable twins on June 7. It was confirmed in February this year that the Oscar-winning actor-director and the international human-rights lawyer were expecting their first kids. The internet and the celebrities have hence been rejoicing over the newborn babies and sending the couple their best wishes. Ellen Degenres, Nicole Kidman and Mia Farrow were a few among others who took to social media to wish the twins, Ella and Alexander. A statement from Amal’s boss, Geoffrey Robertson QC of Doughty Street Chambers earlier also confirmed the well-being of both the twins and Amal. Clooney’s mother also expressed in a statement, how their family feels complete after the event.