Every DCEU film ranked from worst to best

How does James Gunn's The Suicide Squad figure into a ranking of all DCEU movies? Find out here as we rank all films made by DC, from worst to the very best. 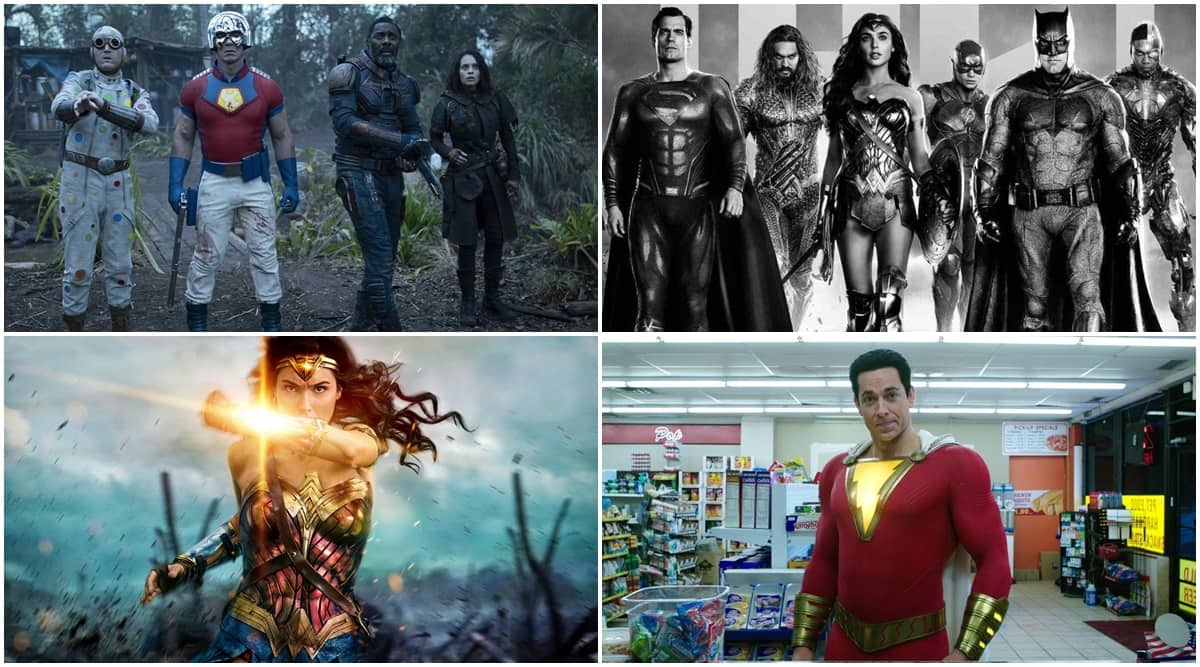 Here is how all DCEU movies stack up. (Photo: Warner Bros)

James Gunn’s The Suicide Squad released this month in India. A soft reboot of the 2016’s original Suicide Squad, it has got an amazing response from critics. However, the film has not showed signs of critical appreciation translating into actual returns till now.

DCEU continues to struggle, especially as compared to MCU. The Suicide Squad is undeniably a great comic-book movie, and a step in the right direction. The box office is not easily wooed though.

Read our review |The Suicide Squad movie review: Politics of this DC film packs a punch

How does it figure into a ranking of all DCEU movies? Find out here.

This movie just couldn’t seem to make up its mind as to what it wants to be — whether it would prefer to descend into total madness or take itself very seriously. In spite of some great individual performances, the disparate elements in the film do not gel together to make a coherent whole.

This movie has two of the most iconic superheroes — Batman and Superman — engaged in a face-off, and it was still a chore to get through it. That’s Zack Snyder for you. It was a welcome change to pit a jaded Batman against an indignant Superman who is a distant, godlike figure. But the film’s philosophy feels as though the writers read Friedrich Nietzsche For Dummies to brush up on concepts like nihilism and the relationship between humans and God. The infamous Martha moment may have received more attention than anything else in the movie.

Justice League, despite flaws, made people more hopeful as to where DCEU is going. Of course, this film gets many things wrong — the villain could not be more generic and the CGI was as bad as it gets. It did seem like it was the result of two filmmakers’ conflicting visions (Zack Snyder quit the project before post-production due to a family tragedy) and Joss Whedon stepped in.

This James Wan film was easily the most beautiful-looking entry in the DCEU. It was also one of the zaniest superhero movies ever. It is mostly all style though, as the movie’s plot is all over the place and characters, with one or two exceptions, are not developed enough. But it is still a great time at the movies because of its unrelentingly stunning visuals and exhilarating action.

If you were burned by Justice League, Zack Snyder’s Justice League is the movie to watch for you. It is a comicbook fan’s dream come true. — absolutely epic in scale, with visuals and sound effects that exude grandeur. Despite Snyder’s indulgences, its visuals, splendour, scale make it a worthwhile Justice League story. As a $300 million dramatisation of the Super Friends cartoon? There are worse ways to spend time.

Patty Jenkins’ second time around with a Wonder Woman movie was, as Anatoly Dyatlov said in Chernobyl, was not great, not terrible. It had a few questionable decisions (the way Steve Trevor was brought back, for instance), and Kristen Wiig’s Cheetah was an underwhelming villain. But Pedro Pascal was fantastic as Maxwell Lord, and the movie took Diana to a vulnerable place she had not been before.

Man of Steel, we feel, is an overall great film albeit with a messy, effect-heavy climax. But perhaps it was inevitable. I am not enamoured of CGI, but I understand when Kryptonians fight, there is bound to be destruction on an unprecedented scale. We had actually never seen Superman using his full powers before in live-action. And it was a sight to behold — until it just got too much towards the end. The next film in this list acts as an antidote to Man of Steel’s excess.

The Suicide Squad makes excellent use of its starry cast. It is an absolutely madcap delight, full of gore, black humour, deep characters, and lots of surprises.

This David F Sandberg is the most unambitious DC film to date. It does not deal with heavy ideas like Man vs God conflict (Batman v Superman), or the War on Terror (The Dark Knight). No, it just wants to tell a story, a super-fun and endearingly sweet story. It is like palate cleanser for you if you are tired of most mainstream superhero cinema. It was also great to see a superhero film that was not drowning in CGI.

On paper, Gal Gadot starrer Wonder Woman told a classic superhero origin story. But it was a solid, sincere origin story and the most popular female superhero in the world was given justice on the big screen in her very first outing. Patty Jenkins did what a veteran in comic-book movies (Snyder) had not been able to do: tell an earnest, inspiring and lovable tale of an inspiring heroine. The No Man’s Land scene in the film is, in my opinion, yet to be bettered by any superhero movie of the cinematic universe era.