Jennifer Lawrence starrer 'Mother!' is not the first religion themed Hollywood film to create controversy. Previously there have been a lot of films like The Exorcist, The Last Temptation of Christ, director of 'Mother!'s own Noah that have drawn criticism from religious circles. 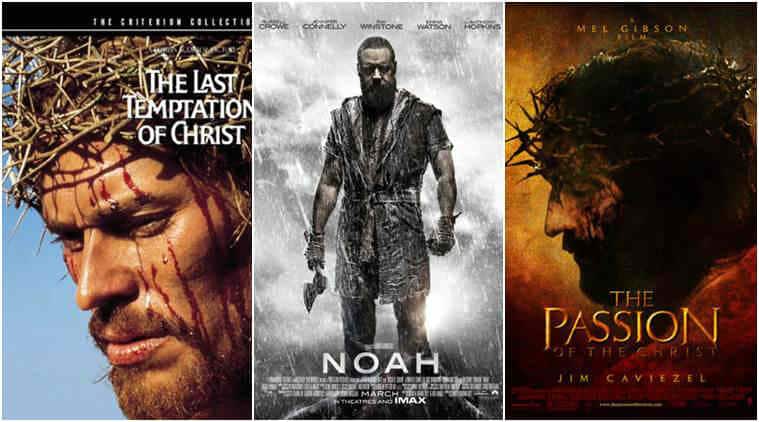 These religious movies created controversies on their release.

Jennifer Lawrence starrer ‘Mother!’ that hit screens in the United States last week has divided critics and the audience alike. Some have went on to term the film anti-Christian and accused it of twisting Biblical themes. The director of the film Darren Aronofsky is no stranger to controversy over his films though. His 2014 film ‘Noah’ was based on the Biblical figure of the same name and caused a lot of trouble among Christians and Muslims. It was banned from release in countries like Qatar, Bahrain, United Arab Emirates and Indonesia.

Hollywood is perennially out of ideas and religion and religious themes always make for huge audiences. However, the thing is, religion is still a sensitive topic even in the United States and many followers are quick to take offense when they feel their faith is not represented in a favourable way.

National Film Review critic Kyle Smith, while reviewing ‘Mother!’, has absolutely blasted the film. He said, “Ordinarily when a filmmaker goes trampling all over your senses with an eye toward maximizing disgust, it’s for the purpose of producing some cheap scares. In Mother, though, the aim is a macabre pastiche of people’s most cherished and deeply held beliefs. Deliberately grotesque and nauseating, and seemingly engineered to outrage Christians, especially Catholics, Mother represents a stain on the reputation of Paramount Pictures, which once produced Going My Way. It may be the most vile and contemptible motion picture ever released by one of the major Hollywood studios.”

Let’s look back at some other movies with religious themes or icons that had engendered controversy.

The Passion of Christ

A Mel Gibson directorial, The Passion of Christ was a commercial and critical success. But it also received a lot of criticism for its portrayal of Jews.

The Last Temptation of Christ

Probably the most controversial in the list, this Martin Scorsese film was slammed for not being faithful to the Bible, which was actually true enough and filmmakers themselves had put a disclaimer saying exactly that.

Unlike other Darren Aronofsky films, Noah was not an arthouse film. As already stated above, it caused outrage among Christians and Muslims.

Now considered as one of the best horror movies of all time, The Exorcist was condemned as Satanic by many. It nonetheless went on to become a cult film.

A Deepa Mehta directorial, Water depicted the lives of widows of an ashram at Varanasi. The film became controversial even before its release and sets were damaged by protesters. It was later filmed in Sri Lanka under a false name.