Dwayne Johnson and Jason Statham return as agent Hobbs and outcast Shaw in their own spin-off movie, Fast and Furious Presents: Hobbs and Shaw. They must join forces against villain Brixton, played by Idris Elba.

Fast and Furious Presents: Hobbs and Shaw is scheduled to be released on August 2, 2019.

Dwayne Johnson and Jason Statham return as agent Hobbs and outcast Shaw in Fast & Furious: Hobbs & Shaw, their own spin-off in the hugely successful film franchise.

The two characters, who strongly dislike each other, must join forces against villain Brixton, played by Idris Elba.

Reuters spoke to Statham and Elba about the spin-off and franchise, whose films have grossed more than $5 billion worldwide. Below are edited excerpts of those interviews.

Q: What is the film about?

Statham: It’s about two guys that do not want to be in the same room as each other, have to put their differences to one side for the greater good of saving the world.

Q: How did the idea of a spin-off come about?

Statham: We did part 8 (where) we had a couple of great moments face to face, and people responded to the animosity and the tension in the room when we were trying to kill each other. We expanded on that and people wanted to see more of it.

Q: What’s the secret of the Fast & Furious success?

Statham: It’s down to the characters. People relate to characters they either like or don’t like. The action hero was coined by Arnold (Schwarzenegger) and Sylvester Stallone, there was something about them that was relatable or their humour or there was just something about their personality. We are drawn to see these people overcome the odds.

Q: How would you describe your character?

Elba: My character is a human being with an extraordinary ability, he’s part machine and this part machine is designed to fight. It’s designed for war. He has a big ego, in fact, his ego is what might destroy him as opposed to his machinery. He has a recurring memory that isn’t a good one.”

Q: What was it like working with Jason Statham and Dwayne Johnson?

Elba: It’s working with the best in their game. (They) have been action movies for like 20 years. I was like a kid in a candy shop watching these guys do that.

Q: Did you do your own stunts?

Elba: I did a lot of the fighting sequence stunts myself, some of the bike stunts I did myself and that’s because (director) David (Leitch) wants to have you in the frame. We did a lot of training for fitness because he does long takes and we got in there as much as possible.

Q: You wrote a song on your iPad during filming, how did that happen?

Elba: There’s always set up times in between shots. In that time space I always have something to do and it’s typically playing FIFA (video games) or making music. And I wrote a song that is in the movie, in the chase sequence.

Q: Is your DJing and music a second career?

Elba: Second career for sure, I’ve been DJing all my life, but now I can say it’s a career because I’m loving it, it’s very grounding for me. 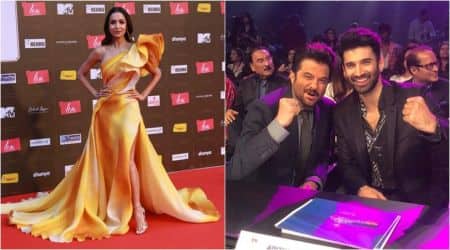