'Lord Of The Rings' star Elijah Wood will produce the zombie film 'Curse the Darkness'. 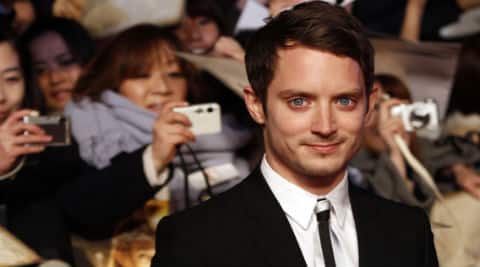 ‘Lord Of The Rings’ star Elijah Wood will produce the zombie film ‘Curse the Darkness’. The 33-year-old actor will be joined by his SpectreVision partners Daniel Noah and Josh C Waller on the horror movie, according to The Hollywood Reporter.

Jorge Michel Grau will direct the Brandon Maurice Williams-written project, which is described as an “anthropological zombie film”. The film is based around the roots of the zombie myth – the practice of drugging plantation slaves around the time of the Haitian Revolution of 1803. It will centre around the exploitation of undocumented workers by big business.

“We always said we wanted to stay away from the zombie genre, as it’s been so well covered, but when we read Brandon’s script, we encountered a take on the genre that simply had to be realised,” said Wood. “‘Curse the Darkness’ is both a chilling exercise in horror and an incisive polemic against the conditions of illegal immigrants in this country.”

‘Curse the Darkness’ will begin filming in Louisiana in October.