Bong Joon-ho is happy Parasite succeeded despite disparity it showed

Bong Joon-ho’s dark comic thriller Parasite about two families on the opposite ends of South Korea’s social spectrum is a history-making film. It won best picture at this month’s 92nd Academy Awards ceremony, becoming the first non-English-language film to get the top honor. Bong and his film clinched three other Oscars. 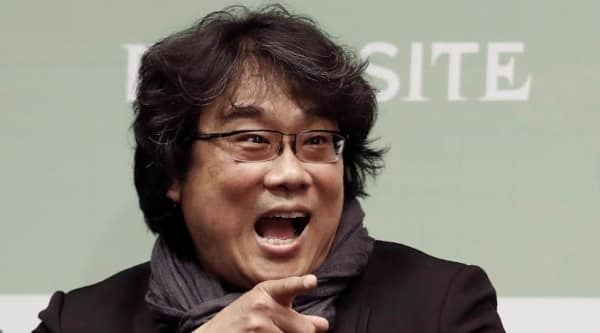 Oscar-winning Parasite director Bong Joon-ho said Wednesday the film’s “biggest pleasure and the most significant meaning” to him is that it succeeded even though the audiences might feel uncomfortable with his explicit description of bitter wealth disparity in modern society.

Bong’s dark comic thriller about two families on the opposite ends of South Korea’s social spectrum is a history-making film. It won best picture at this month’s 92nd Academy Awards ceremony, becoming the first non-English-language film to get the top honor. Bong and his film clinched three other Oscars.

Bong told reporters that the movie’s story has not only “funny, comic” elements but also “bitter, painful natures” of the disparity between the haves and have-nots in modern society.

“I didn’t want to avoid such a part even a little bit,” Bong told a nationally televised news conference. “Audiences might hate that or feel uncomfortable to watch it … but I thought the only option I can have for this movie is depicting the world we live as frankly as possible, though that might be risky commercially.” 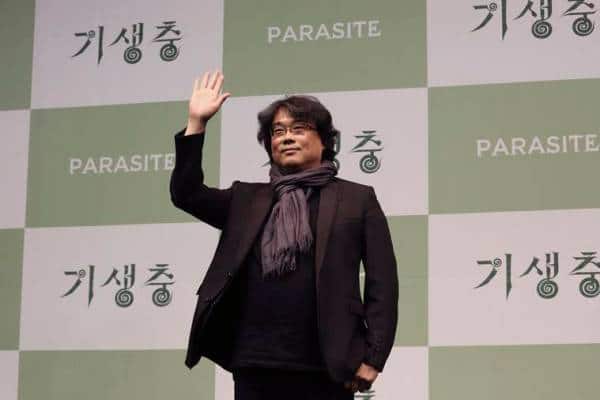 Bong Joon-ho said Wednesday “the biggest pleasure and the most significant meaning” that the film has brought to him was its success in many countries though the audiences might feel uncomfortable with his explicit description of a bitter wealth disparity in modern society. (AP Photo/Ahn Young-joon)

Noting that “Parasite” was already commercially successful in North America, France, Vietnam, Japan, the United Kingdom and his native South Korea even before his Oscar triumph, Bong said, “Regardless of the (Oscar) wins, the biggest pleasure and the most significant meaning was the fact that many audiences around the world of our times respond to the movie.”

The class satire tells the story of how a family of four poor, unemployed people living in a slum basement apartment comically infiltrates a wealthy family residing at a luxurious mansion before things unravel violently and tragically.

Bong already had commercial and critical success with his 2013 sci-fi film Snowpiercer, which starred Chris Evans and Tilda Swinton along with South Korean Parasite actor Song Kang-ho. But nothing that’s come before has been remotely as successful as “Parasite,” a profoundly South Korean film shot in the Korean language.

The movie, which is also the first South Korean film to win an Oscar, has made Bong a national hero. Ahead of April’s parliamentary elections in South Korea, some politicians even proposed setting up a Bong statue, establishing a street named after him and rebuilding the house where he was born.

Asked about such proposals, Bong joked, “I hope people will talk about such things after I die.”

Bong said that he will leave it to critics, journalists and fans to analyze the movie’s commercial appeal, and that he’d fully focus on working on this next film.

At the same news conference, actress Lee Jeong-eun, who plays a live-in housekeeper for the wealthy family in “Parasite,” said the movie portrayed universal problems such as unemployment “in a very interesting yet an in-depth manner.” Han said he believes many audiences sympathized with the movie’s 10 main characters, who “have their own dramas and have their own reasons to live.”

Bong said he was ready for a break after a successful yet exhausting Oscars campaign. But he said prominent American director Martin Scorsese pleaded that he get back to work quickly.

“I just read his letter a few hours ago and it was an honor,” Bong said. “He said I did a good job and should rest, but only a little because he and everyone else was eagerly waiting for my next film.”

Bong had mentioned his admiration of Scorsese while receiving the directing Oscar, inspiring an impromptu standing ovation from the crowd.

Bong said he was discussing with HBO making a TV adaptation of Parasite, with American director and screenwriter Adam McKay agreeing to be a writer on the series, which could run five or six episodes.

“We have smoothly taken the first step with HBO,” said Bong, while denying reports that Mark Ruffalo and Swinton have been finalized as cast members.

“The TV adaptation of Snowpiercer is planned to air in May, but since we started talking about it in 2014 or 2015, it took about five years. (The TV version of) Parasite might take quite a while too,” he said.