Batgirl movie back on track, Christina Hodson to pen script

Previously Batgirl was supposed to be written by Joss Whedon, who stepped down in February this year. There have been many Batgirls, but the most famous is Barbara Gordon, daughter of Gotham City police commissioner James Gordon.

Batgirl movie was previously supposed to be helmed by Joss Whedon.

The project that many thought would be abandoned, Batgirl, by Warner Bros and DC is on once again. A script is being written by Christina Hodson who is known for writing 2016 psychological thriller Shut In and also upcoming Transformer spinoff Bumblebee. Previously Batgirl was supposed to be written by Joss Whedon, who stepped down in February this year.

There have been many Batgirls, but the most famous is Barbara Gordon, daughter of Gotham City police commissioner James Gordon. Whedon, a known feminist, who is known for creating Buffy the Vampire Slayer, had cited that he did not have a story for the character. “Batgirl is such an exciting project, and Warners/DC such collaborative and supportive partners, that it took me months to realize I really didn’t have a story. I’m grateful to (DC president) Geoff (Johns) and (Warner Bros. Picture Group President) Toby (Emmerich) and everyone who was so welcoming when I arrived, and so understanding when I… uh, is there a sexier word for ‘failed’?” he had said.

Warner Bros and DC’s film universe lags behind Disney and Marvel’s cinematic universe in nearly all respects except having a solid, well-developed heroine, Gal Gadot’s Wonder Woman. Batgirl is another DC character that has oodles of potential for a good writer to jot down a good script. She could be an addition to the Justice League or a better sidekick to Batman than Robin.

Of course, DC films are in a flux right now, and nobody knows which way they are going to go. Aquaman scheduled for late this year and Shazam scheduled for next year are the only ready-to-release projects with several others like Flash movie and Wonder Woman 2 in development. But at least something seems to be happening. Ava DuVernay has been hired to direct the New Gods movie, which was a pretty bold move. Now let us see what happens with Batgirl. The project is by no means confirmed, but this is a positive step. 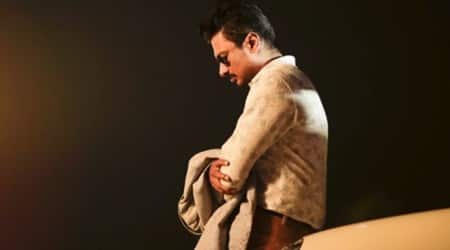