Avatar The Way Of The Water trailer is out. The James Cameron directorial will arrive in cinemas on December 16. Avatar: The Way of Water released in theatres on December 16.

It has been a long wait–more than a decade, actually–but the sequel to Avatar is on its way. Titled Avatar: The Way of Water, the film will be released later this year. The first footage from the long-awaited sequel was screened at CinemaCon showcase in Las Vegas on April 27. And now, the trailer of the movie has been released online.

The footage gives fans a glimpse of the visually stunning landscapes of Pandora, an Earth-like habitable extrasolar moon of the gas giant Polyphemus from the Alpha Centauri system, which was also the setting of the original film. There are many shots in which the ocean or water plays a pivotal part. We once again see the Na’vi. Jake Sully (Sam Worthington) and Zoe Saldana’s Neytiri also return. But this time they seem to be accompanied by a number of shorter, cuter versions of themselves, seemingly their children.

The blueness of it all stretches over the entire trailer. So far, Avatar 2 looks visually stunning and promises to be more family centric, as we hear Jake say at one point: “Wherever we go, this family is our fortress.”

While releasing the trailer for the first time, director James Cameron is reported to have said, “With the first Avatar, we set out to push the limits of the big screen. With the new Avatar films, we’re pushing those limits even farther, with 3D, with high dynamic range, with high frame rate, higher resolution, and a much greater reality in our visual effects.”

Subscriber Only Stories
View All
The K Arun Prakash Interview: ‘My style is to highlight the composition a...
At international checkpoint, online system helps vehicles cross over sea...
Experts say Adani Group stock sell-off may not affect market, but deepens...
Delhi Confidential: Lok Sabha Speaker wants MPs to learn lessons from Pad...
Apply New Year promo code SD25
Also From Hollywood |Doctor Strange in the Multiverse of Madness movie review: Really a multiverse of muchness, not amounting to much

Avatar was a resounding success and remains the highest-grossing film of all time. It told the story of humans who invaded Pandora, populated by the Na’vi, a harmonious blue-hued species, to mine the territory of a valuable mineral called Unobtanium. 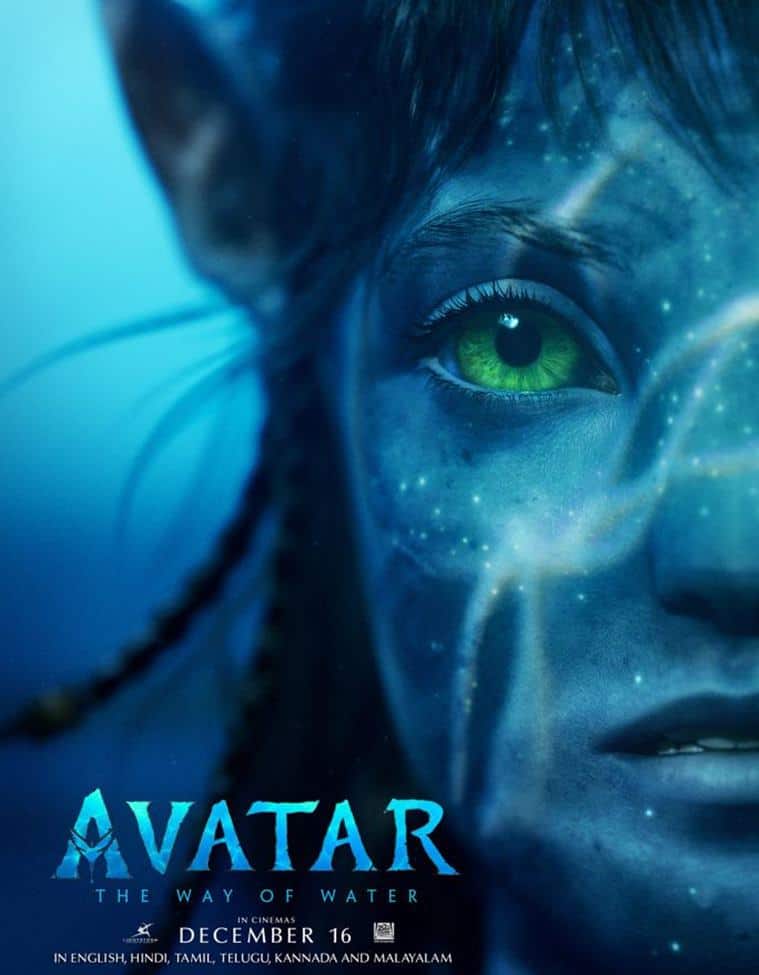 A poster of Avatar The Way of Water.

The film starred Sam Worthington, Zoe Saldana, Stephen Lang, Michelle Rodriguez and Sigourney Weaver in the lead roles. All of them will return in the sequel. Kate Winslet, Michelle Yeoh, David Thewlis and Vin Diesel among others are joining the franchise’s cast with the sequel.

Avatar 2 is set to be released on December 16, 2022 in English, Hindi, Tamil, Telugu, Kannada and Malayalam.