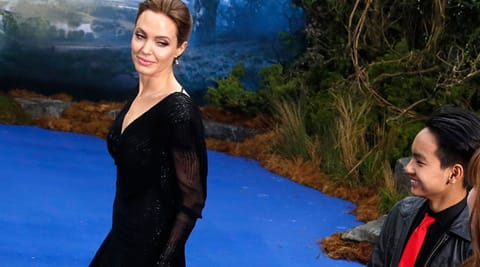 Actress Angelina Jolie has revealed that her 12-year-old son, Maddox, has a girlfriend and she finds her cool.

The 38-year-old star and her actor-fiance Brad Pitt approve of Maddox’s girlfriend, reported E! Online. “He’s dating, he’s got a girlfriend,” the private star told Entertainment Tonight last night during the Hollywood premiere of her new film ‘Maleficent’, where she was accompanied by Pitt and their six kids.

The young boy is in a long-distance relationship, but according to Angelina, the couple is making it work.

“We go there as often as possible. It’s really, really sweet. She’s a great lady, so I’m lucky. So far, we’re doing good,” she said.