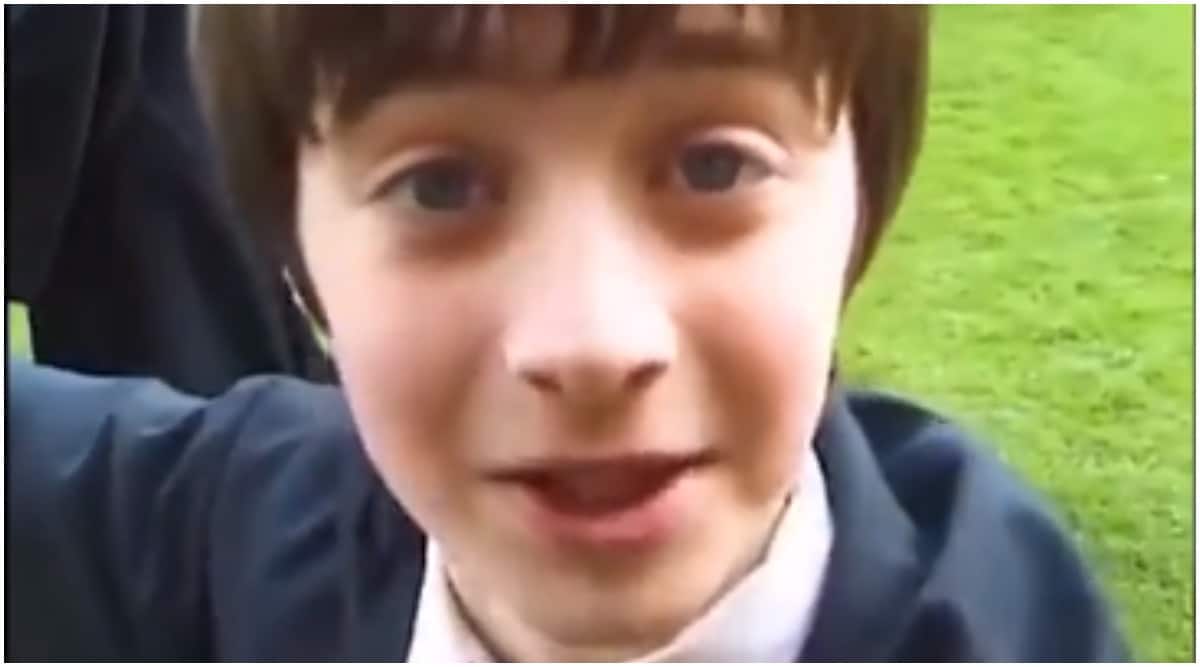 Actor Tom Felton on Thursday shared a throwback video from the set of the first Harry Potter film, featuring himself, Emma Watson, Rupert Grint and Daniel Radcliffe goofing around between shots. “Always the competitive one @emmawatson #tbt,” he wrote in his tweet.

The one-minute video showed Felton and Watson engaged in a competitive game of ‘slap hand’. Radcliffe popped in to remark how seriously Watson was taking the game. “She will not lose,” he said. The moment was seemingly captured while the young actors were filming the first Quidditch lesson sequence in Harry Potter and the Sorcerer’s Stone.

The four actors, and other cast members will appear in a reunion special to celebrate the 20th anniversary of the first film. Harry Potter 20th Anniversary: Return to Hogwarts will premiere on HBO Max on January 1. In India, the reunion special will stream on Amazon Prime Video.

Tom Felton and Emma Watson have remained friends in the years following the movie franchise’s end. They even sparked relationship rumours briefly, after Felton posted pictures of the two hanging out together.

The Harry Potter films ran from 2001 to 2011. A series of prequel films is currently underway, with the third instalment–Fantastic Beasts: The Secrets of Dumbledore–slated for a 2022 release.