It’s a weird coincidence that I cast four Marvel superheroes in The Adam Project: Shawn Levy 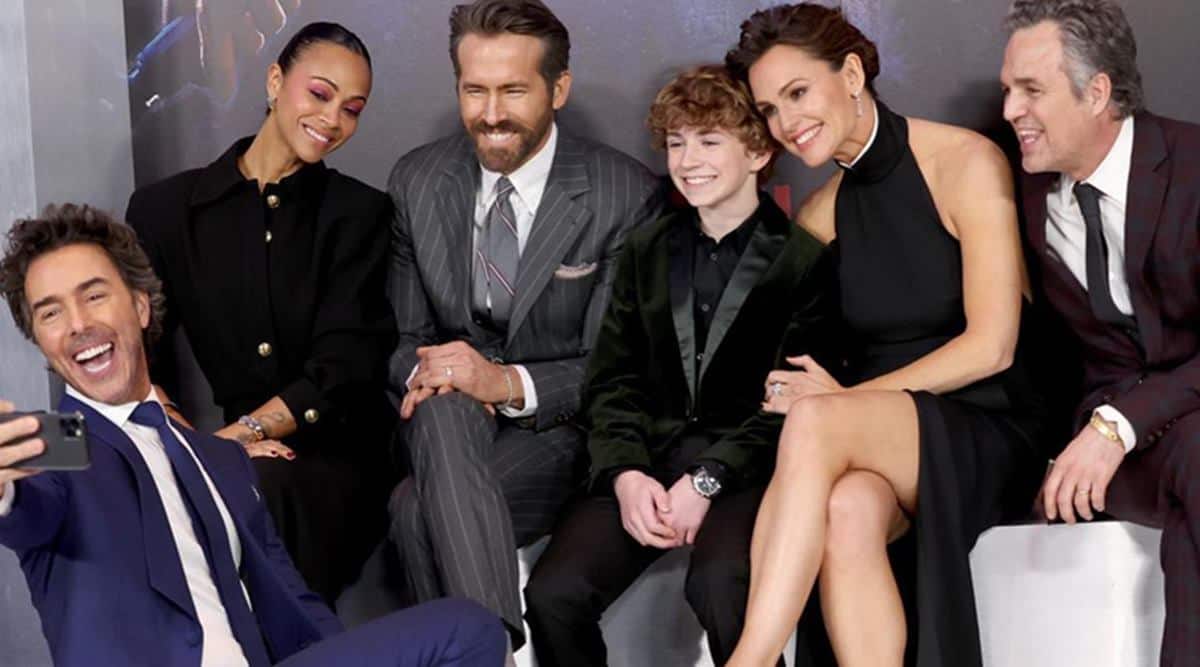 The Adam Project will stream on Netflix. (Photo: Shawn Levy/Instagram)

Director Shawn Levy says while it is a “weird coincidence” to have four top Hollywoood stars, who also play Marvel superheroes, in his time travel action film The Adam Project, his intent was to simply cast a group of great actors.

The upcoming sci-fi film features Ryan Reynolds known for Deadpool films, Mark Ruffalo known as The Hulk from the original Avengers, Zoe Saldana as Gamora in the Guardians of the Galaxy movie franchise, and Jennifer Garner who played the role of Elektra in the Marvel Cinematic Universe.

The Adam Project, slated to be released on March 11 on Netflix, doffs its hat to Robert Zemeckis’ Back to the Future films in an almost Home Alone-esque way.

The story follows a time-travelling pilot (Reynolds) who teams up with his younger self, played by Walker Scobell, and his late father (Ruffalo) to come to terms with his past while trying to save the future.

Asked what it took to assemble such a star-studded cast, Levy told PTI in an interview over Zoom from Los Angeles, “It is a weird coincidence that I cast four Marvel superheroes, that was not the intention. I tried to cast four great actors.”

The director said the film, written by Jonathan Tropper, T S Nowlin, Jennifer Flackett and Mark Levin, has such a “resonant and emotional core idea” that everybody said yes immediately.

“Ryan and I joined at the same time. Then we went to Mark, Zoe and Jen, and everybody said yes, because everybody recognised that this movie would be fun and an escapist adventure but it would also be resonant and emotional. We don’t get to make many movies that are spectacle (films) and emotional. Most movies are one or the other, and this movie gave us all the chance to do both,” Levy added.

The 53-year-old filmmaker, whose directing credits include Night at the Museum series, Real Steel, Stranger Things and Free Guy, said the appeal of time travel continues as it taps into the “collective human yearning to go back”.

“Time travel is compelling to us because even though it’s an intellectual notion, it’s fundamentally emotionally charged because it plays with the one rule of human existence that we are powerless over. Time is linear. It only allows us to move forward but we have a collective human yearning to go back. I think that it literalises a fantasy and that’s why it’s such a sticky concept,” he explained.

With all the snazzy and futuristic setting, The Adam Project has an “emotional” core which really is the beating heart of the story, the Canadian director said.

“Life is a fleeting moment and we think the relationships that we have with our family are forever, but they aren’t. And so the movie really reminds us to say the words that sit in our heart because you may not always be able to say them and you will regret it forever if you don’t. That’s a very emotional, profound reality of human existence.”

The Adam Project also marks Shawn Levy’s reunion with Ryan Reynolds, post the 2021 action comedy film Free Guy, and he hopes this “creative brotherhood” continues with more such diverse stories. A sequel of Free Guy is already under development with Reynolds also attached to return.

“I adore this brotherhood with Ryan Reynolds. We went from Free Guy to The Adam Project. Both stories were incredibly satisfying to tell. And my favourite part is that they are very different from one another. It’s part of a creative brotherhood that will continue and will hopefully result in an eclectic range of tones and stories,” he added.

The director said the “cinematic scope of season four is incomparable to all prior seasons”.

“It is filmmaking and cinematic scale beyond anything we have attempted,” he shared.