Telephone companies were among the most prominent advertisers in film magazines of the late 1930s and 1940s. These ads had stars and starlets of the Hindi film industry seductively holding the receiver to their ears. 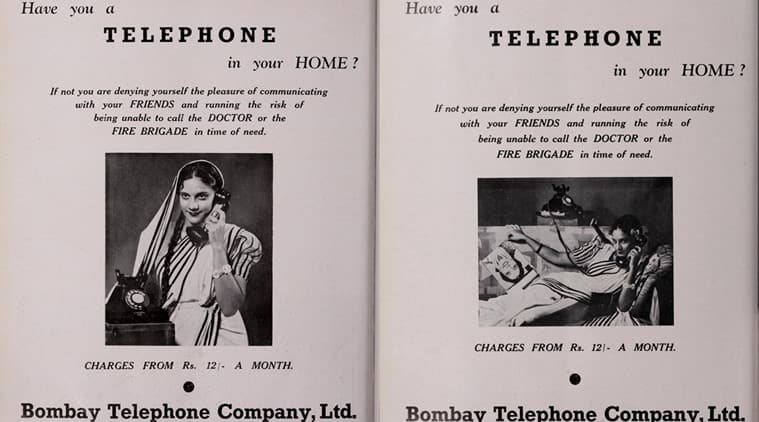 Bombay Telephone Company, which was established in 1925, issued regular advertisements to filmindia.

Both cinema and the telephone are modern inventions – the former about 45 years younger than the latter. During the early decades of the 20th century, the two tools interacted with and complemented each other as symbols of modernity.

Telephone appears in movies as an instrument that provides a multitude of narrative possibilities – as a herald of a plot twist, a conduit of the feeling of love, or as a device whose incessant ringing leads to tension-building.

Hindi films have had numerous songs featuring the phone as a tool connecting two lovelorn beings, crooning at each end (Recall: “Jeete hai jiske liye” from Sujata). In many crime thrillers of the 1950s, telephone lines unravel the tangled plots and help the film reach a happy ending.

The telephone, on the other hand, also benefited from such a portrayal in cinema, it being the mass medium with great influence, as a desirable, aspirational commodity providing a plethora of possibilities.

Hence, it is no surprise that telephone companies were among the most prominent advertisers in film magazines of the late 1930s and 1940s. The Bombay Telephone Company, which was established in 1925, issued regular advertisements to filmindia, the most prominent film magazine of the time, in its attempt to expand its subscriber base in Bombay, Karachi and Ahmedabad.

These advertisements had stars and starlets of Hindi film industry seductively holding the receiver to their ears, anticipating a conversation from the other end. Pramila in a full-page advertisement of Bombay Telephone Company.

“Have you a telephone in your home?” asks this advertisement issued by the Bombay Telephone Company in the October, 1938 issue of filmindia magazine. “If not you are denying the pleasure of communicating with your FRIENDS and running the risk of being unable to call the doctor or fire brigade in the time of need,” it says. The young model, lazily lying on the sofa, is holding the receiver in one hand, holding a glamour magazine in the other. The targeted audience here is clearly an English-speaking, educated, urban, rich Indian.

The context to this marketing strategy adopted by Bombay Telephone Company – which later became MTNL after the Indian government bought substantial shares in the firm – to prominently highlight the social use (pleasure of communicating with friends) of the telephone along with the more obvious logistical function, is provided by a letter sent by Lord Willingdon in September 1934 to London where he laments that a lack of demand for telephone service was slowing down the expansion of the service in India, largely owing to high cost and inability of a large section of the society to bear it. Indians are making comparatively little ‘social use’ of the technology, he observed.

BUT WHO IS THE GIRL?

The full-page advertisement, it appears, not only worked for the advantage of the telephone firm but for the young model too.

“Who is the girl whose photo we find in the advertisement of the Bombay Telephone Co.? Is she a film star?” asks R S Mudaliar, a Madurai resident, in the ‘Question & Answer’ section of the magazine two months later.

The response to Mr Mudaliar by filmindia editor Baburao Patel informs us that the girl is the new Wadia Movietone starlet Pramilla who was previously attached with Imperial Studio. Elsewhere, the magazine fills in that Pramilla is busy shooting for Wadia’s Jungle King, co-starring John Cavas and Maheru – The Monkey. Pramilla, born Esther Victoria Abraham in a Baghdadi -Jewish family of Kolkata, would go on to bag the Miss India title when the inaugural pageant was held in 1947. 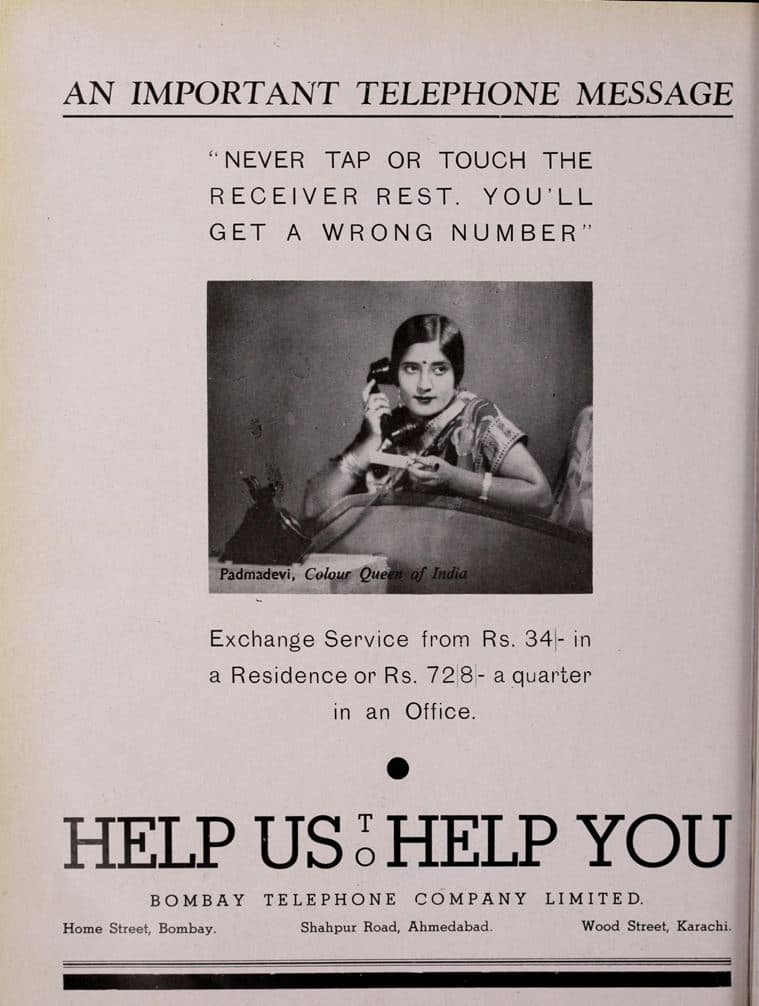 Padmadevi in a full-page advertisement of Bombay Telephone Company.

Before starlet Pramilla, the telephone was being marketed – in similar full-page ads in filmindia – by Padmadevi, the silent filmstar. She had appeared in JBH Wadia’s stunt films, most notably Dilruba Daku (The Amazon, 1933) fighting with goons as a masked daredevil. Later on, in 1937, she was the heroine of the first indigenously produced colour film Kisan Kanya directed by Moti Gidwani and briefly earned the moniker of ‘Colour Queen of India’.

One of the advertisements featuring Padmadevi has an interesting warning: Never tap or touch the receiver rest. You will get a wrong number.

In the garb of the warning, it’s a tip – and an allure – to the prospective owners of the telephone. A hitherto unavailable possibility of making an unexpected bond with an unknown stranger – who could be as pretty as Padmadevi – who may accidentally reach the number.

While reliable statistics are not available on the number of telephone subscribers in India, as per a US Department of Commerce report, by March 1945, British India had 1,25,400 telephone lines, most of these operated by Indian Posts and Telegraphs Department, Government of India. In 1933, an international line between Bombay and London was also inaugurated, which was later suspended between 1939 and 1945, owing to security concerns during World War II. 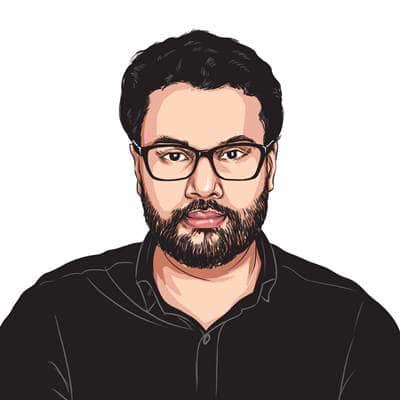