‘Gauahar Khan paid me to slap her,’ claims accused

The man, who was accused of slapping 'Bigg Boss 7' winner Gauahar Khan on the sets of a music reality show, has claimed that he slapped the model-actress only because she paid him to do so. The accused further said in the interview that he didn’t know Gauahar Khan before the incident.

In an interesting turn of events, the man, who was accused of slapping ‘Bigg Boss 7’ winner Gauahar Khan on the sets of a music reality show, has claimed that he slapped the model-actress only because she paid him to do so.

In an interview to Zee News channel, Mohd Akil Malik said he slapped Gauahar Khan because she told him to do so. He also said that he was a junior artist and was told that he would get a lucrative role in Salman Khan’s ‘Dabangg 3’ if he slaps the actress on stage. He further claimed that ‘the entire stunt was only for the sake of publicity’, and the actress had said ‘she wouldn’t press any charges on him to do so’.

The accused further said in the interview that he didn’t know Gauahar before the incident. “I didn’t know who was Gauahar Khan before November 28. After my act got cancelled, I waited for Gauahar to finish her shoot. She had some song and dance act on the show. After she had finished, I met her outside and told her that I am her big fan and requested her to get me some work in films. She said ‘ok’ and told me that I would have to do something for her in return. I met her on November 30, in the morning around 8.30. I sat with her inside her car and she told me that I will have to slap her on stage. Gauahar also promised me that she would go and tell the police that she has pardoned me and they would not be able to take any further action against my act. In return, she promised to get me a role in ‘Dabangg 3’. Her driver too was a witness to this entire conversation.”

Read – I am hurt, shocked but not out: Gauahar Khan on slap attack

Akil Malik was said to have slapped Gauahar because she was wearing short clothes, that ‘damage the mind of the youth’. On asking about this, Malik replied, “I grew greedy to get a role in films. Everyone today wants to work in films. Hence I did it.’

Though we are still not sure of the truth, we must admit that the facts are contorted enough to doubt on the authenticity on any of the statements produced.

While speaking to a News channel yesterday, Gauahar denied such allegations and said her lawyer would get back to the person on the whole issue.

Bollywood in 2015: Watch out for epic costume dramas 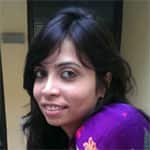