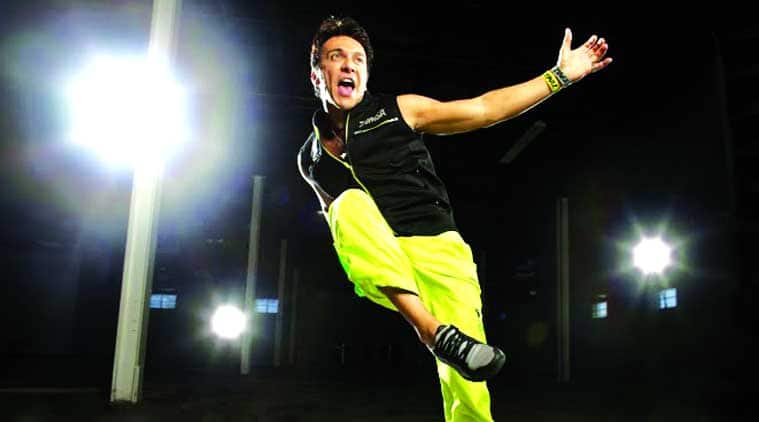 Zumba was born when Beto Perez forgot to carry his regular music to an aerobics class and improvised with a salsa and merengue mix tape.

Alberto Perez, fondly known as Beto, got his first taste of Indian culture in 1992. Every Saturday night, his cable television at home in Colombia would air content from India. “They once showed the bhangra and I was spellbound. The moves, the energy, the costumes,” recalls Perez, while animatedly recreating the sit-jump bhangra move. “The first thing I did after arriving in Mumbai was turn on the television,” he adds, in a lilting Spanish accent.

The 42-year-old now lives in Miami, Florida, and is the founder of Zumba, a popular workout that features a mix of various dance and music styles —samba, merengue, salsa, belly dancing, hip-hop and even Bollywood. On February 1, Perez, along with Sucheta Pal — India’s Zumba education specialist — conducted a masterclass event in Mumbai, which was attended by over 1,200 Zumba enthusiasts.

Since its entry into metros a few years ago, Zumba has emerged as one of the most popular workout techniques, with a one-hour class burning up to 1,000 calories. But the discovery of the dance form was accidental. From a modest background, Perez was working three jobs by the time he was 14, and began teaching aerobics in California two years later. “One day, I forgot to carry the regular music to class. I popped a random salsa and merengue mix tape into the system and improvised with that. The students loved it and that’s when I started developing Zumba,” he says.

After two years of struggling through broken English and sleeping on the streets, he had a chance encounter with Alberto Pearlman, an entrepreneur, who became Perez’s business partner. “Zumba is a spin on the Spanish word ‘rumba’, which Americans found hard to pronounce,” he adds. Now, Perez has a network of instructors in 185 countries, who are sent CDs of new moves and music every month.

“I personally select the playlists, and try to incorporate rhythms from all the countries I visit,” he says, pausing to play Chittiyan kallaiyan from Roy, his current favourite song, on his phone.

Perez is now collaborating with Indian music producers to create new music and meeting with Zumba instructors to encourage the dance workout in the country. As part of a new project on Zumba, Perez will also be visiting tourist haunts such as a dhobi ghat to shoot a video. “I’m incorporating rhythms and scenes from India and four other countries — New Zealand, Japan, Mexico and Colombia — for the project,”he says.

A cut in time