‘Given Indian cinema’s volume, magnitude and legacy, that US festivals overlooked it didn’t make sense to me’: Christina Marouda

Christina Marouda, the Greek founder of the Indian Film Festival of Los Angeles, whose 20th edition starts today, on the need for global festivals to include more Indian independent films. 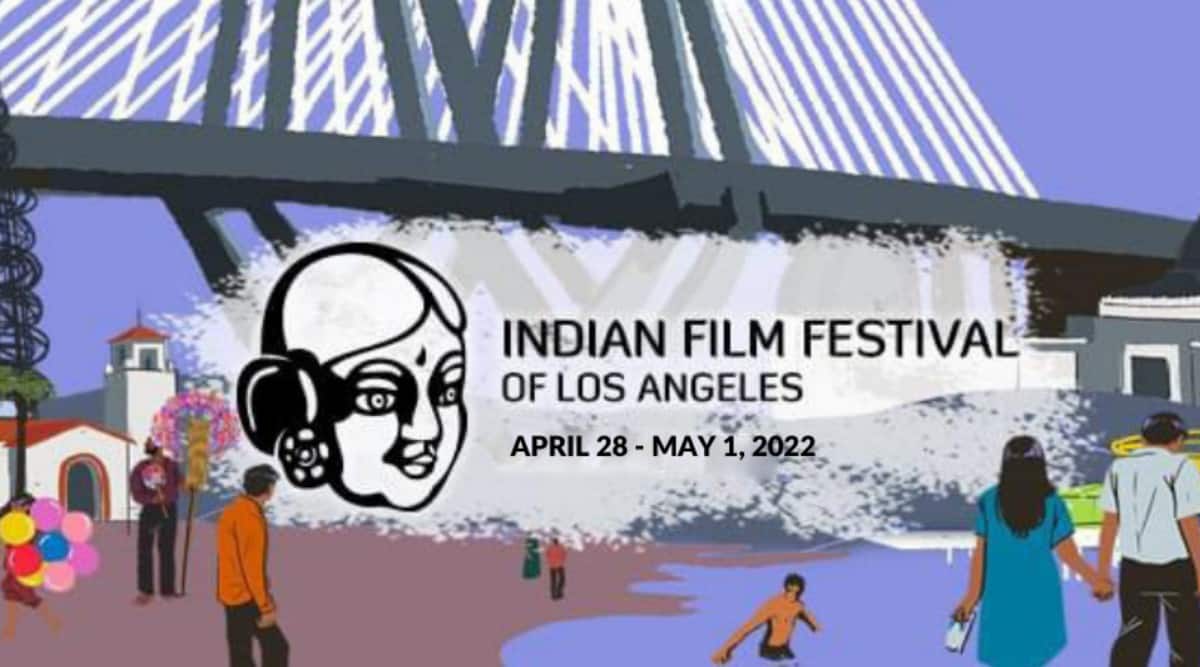 The teaser of the 2022 Indian Film Festival of Los Angeles (IFFLA), that runs from April 28-May 1, is a perfect example of how a festival trailer should be cut, it gives a sneak peak of this year’s line-up, a look that reveals IFFLA’s prime focus on independent and regional films. Films like Natesh Hegde’s Busan-premiered Pedro and Aditya Vikram Sengupta’s Venice-premiered Once Upon a Time in Calcutta find space, when their own state’s festivals choose to give them a go, at the Bengaluru International Film Festival and Kolkata International Film Festival, respectively.

In 2020, just three weeks prior to IFFLA, the pandemic had played party pooper, but a virtual showcase of 125 alumni films was a success at a time when festivals were yet to warm up to the idea of digital screenings. This year, the festival returns in person to celebrate 20 years of its existence, and of Indian indies, with no Hindi/Bollywood film in sight. “We know there’s much more out there and we strive to elevate our films to their rightful place alongside the best of world cinema,” says IFFLA founder and executive director Christina Marouda. For the selected filmmakers, the location of Los Angeles, the heart of the American entertainment industry, is a definitive plus.

Four-time alumnus Pan Nalin brings his Tribeca-premiered Last Film Show, to the Opening Night, a story about a nine-year-old boy in 1990s rural Gujarat, who falls in love with cinema as a medium, becomes BFF with a village theatre projectionist, and has to take matters into his own hands with the disruptive advent of digital technology. “Last Film Show is an ode to the power of cinema, of how dreams become stories, and stories become light,” says Ritesh Mehta, co-director of programming along with Thouly Dosios. The Closing Gala will give a first look into two upcoming projects of diaspora artistes. Kahlil Maskati’s Alim Uncle and Nimisha Mukherji’s New Country, about an Indian medical student who decided to become a country singer in the late 1980s.

Edited excerpts from an interview with Marouda and Dosios:

How did Indian cinema catch the interest of a Greek, so much to make her start a festival in the US?

Marouda: I grew up in Greece (in Crete), where I happened to watch, and came to love, Indian cinema as a teenager and a college student. My sister’s friends in India would send us VHS tapes of Mani Ratnam’s films and we’d watch them on Sundays. I have fond memories from that time and Mani Ratnam is one of my all-time favourite directors.

In the US (where she’d moved to), in 2001, there wasn’t a platform for Indian cinema. I worked at AFI Fest, which showcases over 150 films every year from all over the world, yet Indian cinema was always overlooked. The same goes for other international film festivals, within and outside LA. To me, this didn’t make sense given the volume, magnitude and legacy of Indian cinema. The 2001-02 period was also an interesting time for Indian cinema, which crossed the boundaries with Lagaan being nominated for (the Academy Award’s) Best Foreign Language Film and the success of Monsoon Wedding and Bend it Like Beckham. I felt it was the right moment to launch IFFLA. 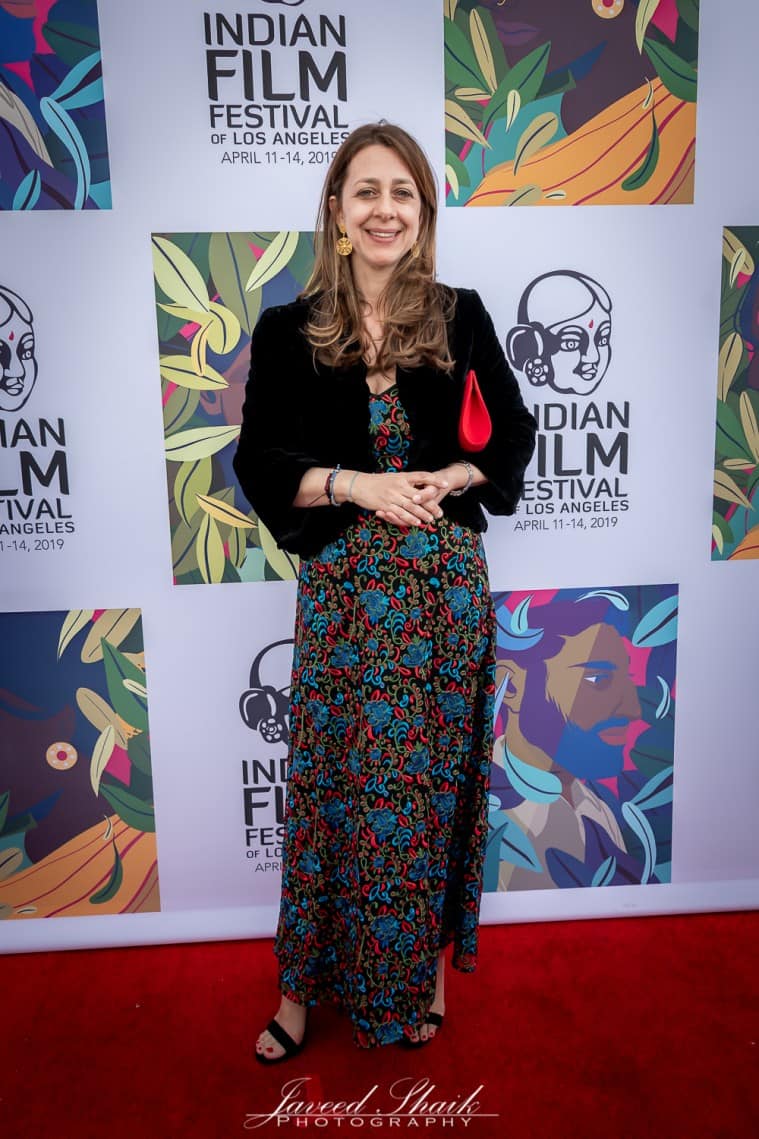 In its 20 years, how has the festival evolved?

Marouda: IFFLA premiered in 2003 at ArcLight Hollywood, presenting 20 films from or about India, to almost 1,500 attendees. The 2019 festival included approximately 30 films, attracting over 4,000 attendees. The number of movies has ranged between 20 and 30. But our ancillary programmes have increased and evolved over the years to include industry events, workshops, panels, live music performances, and receptions, allowing festival attendees to watch films in a community environment and a vibrant setting. We now work with all the studios, including Netflix, Disney, Warner Bros, Paramount, Sony, Amazon, NBC Universal, and through our One-on-One programme, we bring high-level executives to the festival and connect them with our filmmakers.

Taking it further, this year, our closing night will feature an event, not a film, but a live script reading of Maskati’s feature Alim Uncle, directed by Fawzia Mirza, with diaspora actors — Rizwan Manji (Schitt’s Creek) and Kausar Mohammed — reading the parts. We’ll announce a filmmaker mentorship initiative, a priority for us moving forward.

If you could talk about the curation of this year’s festival.

Dosios: We received a large number of high-calibre submissions, surpassing previous years. The curating team selected 10 features and 16 shorts, spanning themes, storytelling sensibilities, languages and genres. A sumptuous melodrama (Once Upon a Time in Calcutta), a vibrant religious satire (Ritwik Pareek’s Dug Dug), a must-see stunning documentary about environment (Rahul Jain’s Invisible Demons), a riveting revenge thriller (Nithin Lukose’ Paka), among others. Our inaugural Spotlight on South Asia section, with six films, is headed by the (2021 Cannes-premiered Abdullah Mohammad Saad’s) chilling psychological Bangladeshi thriller Rehana. Three alumni bring new shorts: Megha Ramaswamy returns for her third year at the festival with the world premiere of (the Rima Kallingal and Parvathy Thiruvothu-starrer) Lalanna’s Song, a stirring psychological thriller about the female experience, Ambiecka Pandit brings Under the Waters, a tense drama about unspoken queerness and erotic discovery, and Gitanjali Rao returns, for the fourth time, with Tomorrow My Love, a beautiful animated film about the trying pandemic times we live in. From the eleven in the main shorts’ competition, eight are directed by women.

IFFLA alumni and festival regulars aside, who are the new exciting voices to look out for?

Dosios: Almost half of the films in our main line-up are debuts. I’m very excited about Pedro, a masterfully made Kannada drama about a reclusive electrician whose single, drunken mistake is enough to unearth the deep-rooted prejudice and fanaticism in a deceptively quiet rural community. Set in Allahabad, Shoebox, by another newcomer, Faraz Ali, is a powerful coming-of-age drama about a young woman coming to terms with her father’s mortality that also paints a layered and fascinating portrait of a city in violent transition. And newcomer Amrita Bagchi’s short debut Succulent is a very unusual and haunting film set in a dystopian future. She’s a talent to watch.

‘Most wanted’ chicken apprehended in America 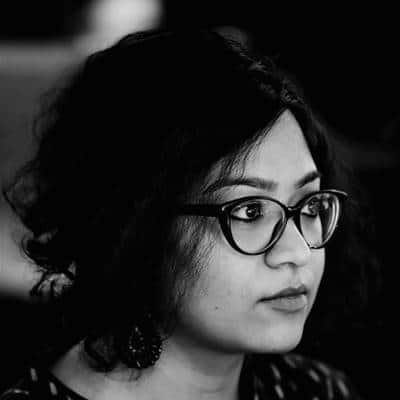