Dadasaheb Phalke: Some lesser known facts about the father of Indian cinema

In 1913, producer-director-screenwriter Dadasaheb Phalke gave Indian Cinema its first silent film Raja Harishchandra. The movie captured the imagination of thousands of Indians, who were delighted with the subject he chose for the film and the smooth trick photography and technology that was used. 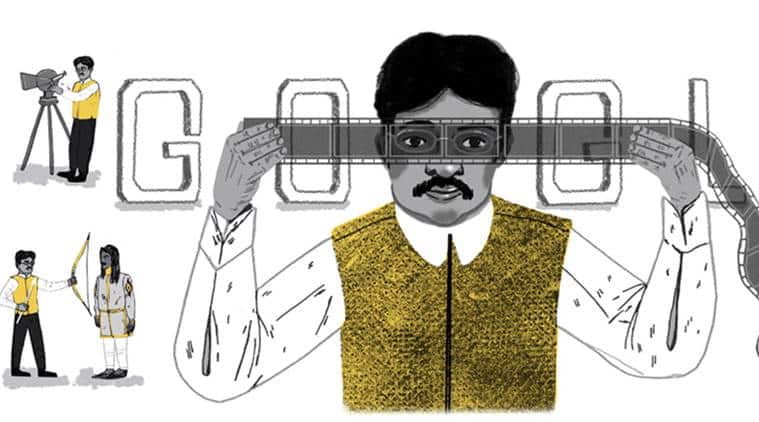 With a doodle, Google on April 30 marked the 148th birth anniversary of the father of Indian Cinema Dhundiraj Govind Phalke, popularly known as Dadasaheb Phalke. Let’s have a look at some interesting facts you may not have known about him.

Dhundiraj Govind Phalke was born in a Marathi speaking Brahmin family at Trymbakeshwar in Nashik, Maharashtra. His father was an accomplished Sanskrit scholar.

Though we know him as one of the greatest filmmakers Indian cinema has ever witnessed, not many know that Dadasaheb Phalke was a great artist as well. Phalke joined Sir J.J. School of Art in Mumbai in 1885 and further studied sculpture, engineering, drawing, painting and photography at Kala Bhawan at Maharaja Sayajirao University, Baroda. 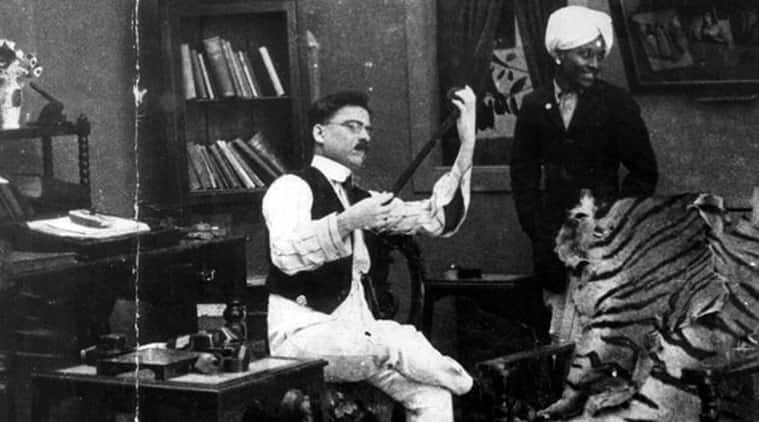 Dadasaheb Phalke is known as the father of Indian Cinema. (Express archive photo)

His early career began as a local photographer at Godhra but had to stop mid-way after the death of his first wife and child in a bubonic plague outbreak. Soon, he had an encounter with a well-known German magician Carl Hertz, who worked for Lumiere Brothers. Later on, he worked with Archaeological Survey of India as a draftsman for a few years. Not satisfied with his job and the constraints it had, Phalke left the job to start a printing business. 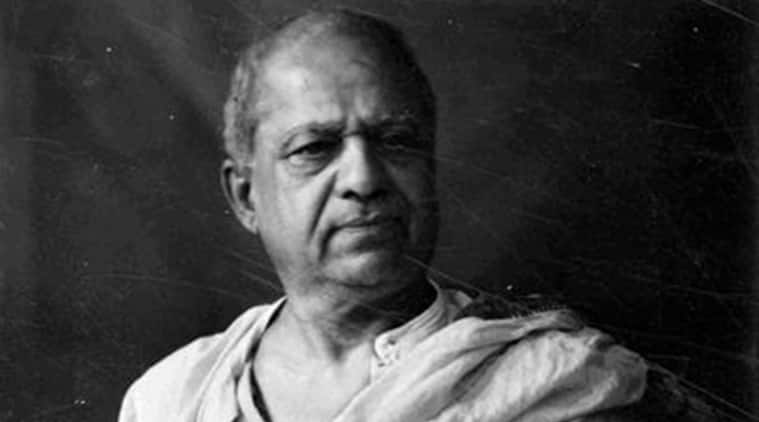 Phalke specialised in lithography and oleograph and even went to Germany to study the latest technology, machinery and about art also. He worked with the famous painter Raja Ravi Varma. He owned a printing press for a while and it was only after watching a silent film The Life of Christ that he got interested in motion pictures.

After a dispute with his partners about the running of the printing press, Phalke shifted his focus to moving pictures and the result was ‘Raja Harishchandra”.

In 1913, producer-director-screenwriter Dadasaheb Phalke gave Indian Cinema its first silent film Raja Harishchandra. The movie captured the imagination of thousands of Indians, who were delighted with the subject he chose for the film and the smooth trick photography and technology that was used. 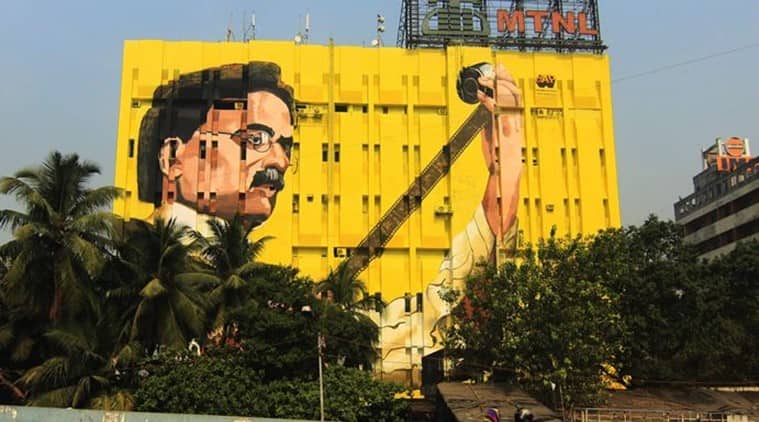 A huge painting of Dadasaheb Phalke at Bandra in Mumbai. (Express Photo by Vasant Prabhu)

Phalke did everything for the project – production, writing and direction. He even built the set himself and shot it for seven months and 21 days. Interestingly, Dadasaheb’s entire family contributed to the making of the legendary film ‘Raja Harishchandra’. His wife designed the costumes of the actors and cooked food for the whole cast and crew, while their son played the role of Harishchandra’s son in the movie. 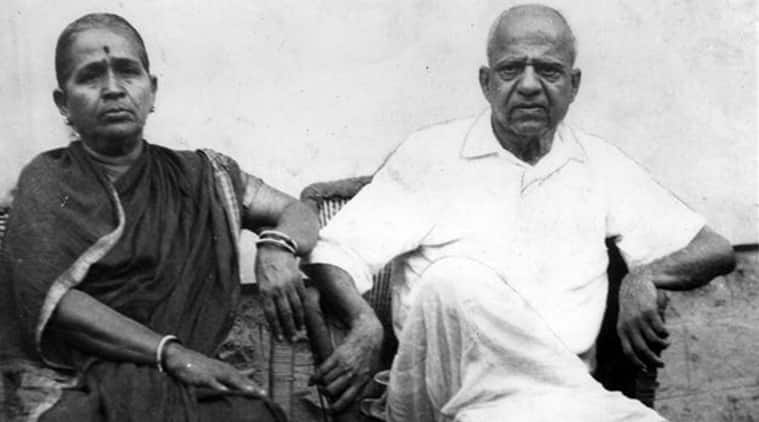 Phalke, who decided to bring Indian culture to the silver screen, traveled to London to learn filmmaking from Cecil Hepworth. After returning from London with the first movie camera, he set up a studio in a borrowed bungalow.

He also started Hindustan Films in partnership with five businessman from Mumbai. While his partners were more interested in earning profits, Dadasaheb was more concerned about the creative aspects. In 1920, Phalke resigned from Hindustan Films due to differences in the opinions. 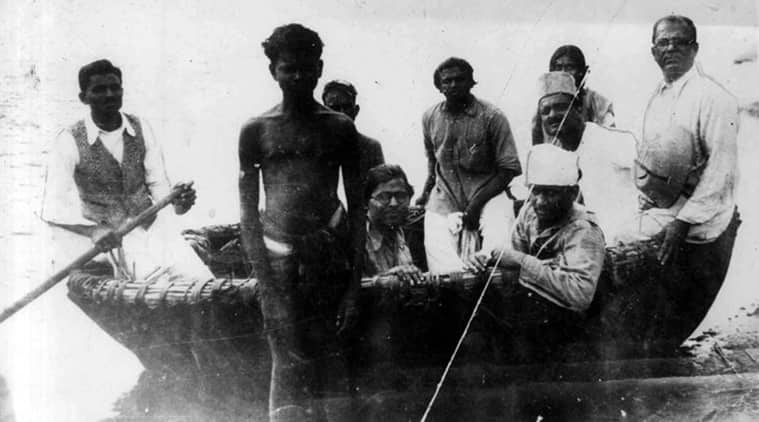 Dadasaheb Phalke made 130 films in his lifetime, which is a great feat considering the technology that was available at that time. He struggled against all odds and despite the displeasure of the British, the advent of the World War and his own financial struggles, he accomplished his dream of having an Indian film industry, said his great-grandniece Sharayu Phalke Summanwar, whose book The Silent Film contains details of Phalke’s personal life as well as his prolific film career. 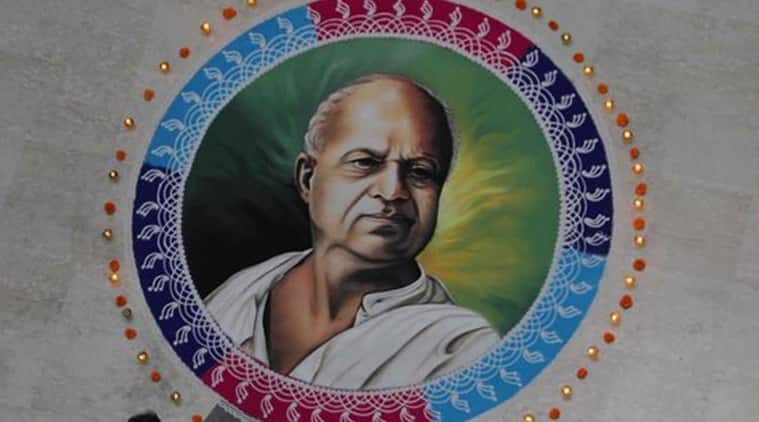 In 1969, the Government of India established the Dadasaheb Phalke Award which recognises lifetime contributions to India cinema. The award is considered as one of the most prestigious awards in Indian cinema. Minister Desai admires the symbolic decoration on the stage dominated by the portraits of Baburao Painter, father of the Marathi film industry, and Dadasaheb Phalke, father of Indian cinema. With him are Baburao Pendharkar, Shantaram and writer GD Madulkar. (Express archive photo)
© IE Online Media Services Pvt Ltd
First published on: 30-04-2018 at 14:25 IST
Next Story