These reels are “not in runnable condition” now, states the report — in other words, they cannot even be put through a film projector. Of the 17,595 film reels found stored in gunny bags in November 2015, when the inspection that led to this report was conducted, only 2,645 were found to be in “runnable condition”.

For most of the promo, their eyes are covered with strips of film as they talk about the immortality of cinema, and the need to preserve celluloid. The message delivered by the actors is clear — so is the irony behind the scene.

This three-minute film was produced by the National Film Archive of India two years ago to promote the National Film Heritage Mission, a Rs 597-crore preservation, conservation and restoration programme launched by the government in 2014. But in reality, the blindfolds could well have been on the eyes of the NFAI itself.

An internal “condition report”, accessed by The Indian Express and replies received to requests made under the Right to Information (RTI) Act, details the mess:

# More than 1,100 films, contained in 14,950 reels, including rare and precious pieces of Indian and international cinema, are rotting inside 1,202 gunny bags on the second and third floors of a building inside the NFAI’s Pune campus.

According to Magdum, these films were received from the “Railway’s lost property offices”, and were of poor quality and condition. (Source: Express photo)

These reels are “not in runnable condition” now, states the report — in other words, they cannot even be put through a film projector.

Of the 17,595 film reels found stored in gunny bags in November 2015, when the inspection that led to this report was conducted, only 2,645 were found to be in “runnable condition”. But even these remained in gunny bags for several months more before being moved to customised racks under controlled atmospheres.

On February 21 and 22, 2016, records show, these reels in gunny bags were shifted to a private single-storey warehouse in Chakan, about 40 km from the NFAI campus in Kothrud, without temperature control, little ventilation and leaking roofs. This was done just days before experts from India and abroad, and senior officials of the Ministry of Information & Broadcasting, visited the NFAI for a workshop on film preservation and restoration from February 26 that year.

According to the documents, NFAI’s administrative officer D K Sharma signed an “Octroi Certificate” to ensure that the “consignment” was not charged during transfer — the certificate valued the consignment at Rs 1 lakh. The bags were transported back to the NFAI campus two weeks after the workshop ended on March 6, records show.

The bags were transported back to the NFAI campus two weeks after the workshop ended on March 6, records show. (Source: Express photo)

“The level of neglect is such that although the reels have been with NFAI for several years, there is no proper record of the titles of these films. There is a possibility that rare ‘gems’ of Indian and world cinema could be lying there, possibly ruined by now,” said an NFAI official, who spoke on the condition of anonymity.

According to the official, these film reels include documentaries produced by the Films Division, copies deposited with the Central Board of Film Certification (CBFC) by producers and handed over to NFAI for preservation, orphaned reels of Indian and foreign films found in the parcel offices of Railways, and films seized by the Customs Department.

The NFAI was set up in 1964 as a media unit of the I&B Ministry to acquire and preserve cinematic heritage, including film and non-film material.

The NFAI was set up in 1964 as a media unit of the I&B Ministry to acquire and preserve cinematic heritage, including film and non-film material. (Source: Express photo)

When contacted, Prakash Magdum, director, NFAI, said, “These film reels were assessed, segregated and securely packed after rigorous in-house assessment activity of nearly three months in 2015. The titles thus have been identified, with multiple copies, in some cases almost 10 to 12 copies of a film. The material in good condition has been identified and put in plastic cans and stored. The damaged/decomposed material is packed in gunny bags for further necessary action such as disposing of decomposed content, which may otherwise affect the good material. Even such decomposed material is also housed in temperature-controlled conditions.”

According to Magdum, these films were received from the “Railway’s lost property offices”, and were of poor quality and condition.

However, while replying to an RTI query from The Indian Express in September 2016, the NFAI had said that it had received only 3,000 reels containing 308 film titles, including multiple copies, in the form of lost property from the Railways.

Documents reviewed by The Indian Express under RTI also show that the High Level Committee (HLC) on the National Film Heritage Mission, headed by the Secretary, I&B Ministry, held five meetings since June 2015 — but did not discuss the films in gunny bags at the NFAI even once.

Speaking to The Indian Express, Barua said, “This matter never came up for discussion in the meetings so far. I’m not aware of these films. But I hope that they will be preserved as part of the heritage mission.”

According to the internal report, the gunny bags have been dumped in the Service Block in phase II of the NFAI premises, which also houses over 1 lakh film stills, thousands of wall posters, nearly 2 lakh press clippings, thousands of pamphlets, film scripts and other ancillary material. Most of these were received from various libraries and individual collectors.

The inspection found that most of the paper material was tied in bundles, with layers of dust gathered over the years. Many were decomposed or got brittle due to years of neglect. Most of the press clippings were rendered illegible and had become extremely fragile.

Magdum said the NFAI started the practice of storing publicity material in acid-free boxes and folders in 2015 but did not provide specific numbers.

“The non-filmic material has not decomposed due to any neglect on the part of the organisation but every care has been taken to ensure prolonging of its life. Generally, the material becomes brittle or decomposition happens because of the age of the material. Many a times, the material received is in poor condition. However, NFAI has undertaken digitisation of this content in order to preserve the same in other medium and ensure its access to the general public and researchers at large through various modes,” said Magdum.

Asked about the reels being shifted to a warehouse last year, Magdum said the material was shifted as infrastructural work was being undertaken at the NFAI premises.

“In order to keep this material in temperature-controlled environment, the necessary infrastructure had to be created at Phase II premises. As NFAI initiated the process in August-September 2015, of installation of thermocol insulation and installation of air-conditioning and de-humidifiers equipment as a part of creation of infrastructure, it was necessary to move out the content temporarily to some other location, as NFAI did not have sufficient storage space. Once the infrastructure was created, the material was immediately brought back to NFAI to keep it in temperature-controlled environment,” he said.

The director did not elaborate on why the films were moved in February-March 2016 but said that “such a practice of keeping the material outside NFAI premises for short-term storage was prevalent in the past, too”. 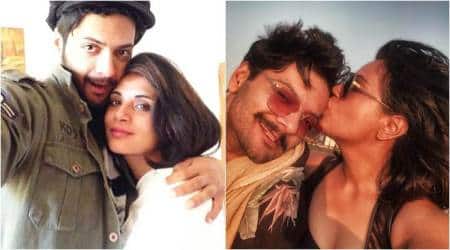