Zero actor Mohammed Zeeshan Ayyub: I will avoid big-budget films for some time

Mohammed Zeeshan Ayyub agrees that there are problems in Zero, which focuses on the love story of a vertically-challenged named Bauaa Singh (Shah Rukh), who falls in love with a specially-abled scientist (Anushka Sharma). 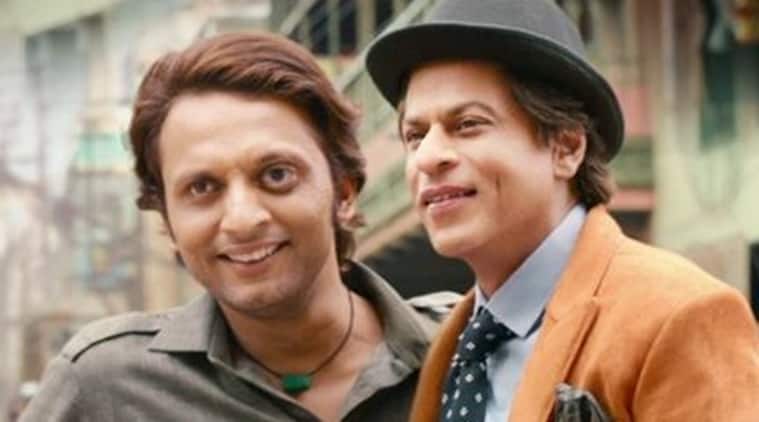 Zeeshan Ayyub will next be seen in Manikarnika: The Queen of Jhansi. (Source: Mohd. Zeeshan Ayyub/Twitter)

Actor Mohammed Zeeshan Ayyub’s role in Zero as superstar Shah Rukh Khan’s on-screen friend has gotten him applause from the audience and critics, but overall, the recently released film has received a mixed response.

He says people have become “ruthless and sometimes hypocrites” as they either criticise artistes for playing it safe — or “bash” them for stepping out of their comfort zone.

Zero, which reportedly hit over 4,000 screens in India on Friday, has been slammed by some for its “flawed writing” or for simply being a “super duper boring” film.

The big budget movie brought back the Raanjhanaa and Tanu Weds Manu duo together — writer Himanshu Sharma and director Aanand L. Rai, who have mastered the art of narrating tales set in the small towns of India.

“Aanand has a knack for telling stories of small towns, but I always tell people that artistes, actors or directors… we should allow people to experiment a bit. We keep saying that ‘Everybody is repeating themselves’. That a filmmaker always makes the same kind of films. That an actor always plays the same kind of roles. We have problems with that,” Zeeshan told IANS in a telephonic interview.

“And when somebody experiments, then we just pounce on them. I think that is not fair. Aanand tried something and he has all the right to do so. Why should he only make the same kind of films with the same milieu? Yeah, writing in the first half (set in Meerut) of Zero is a tried-and-tested thing for Aanand. He knows that world very well.

Defending the director, with whom he has worked in films like Tanu Weds Manu 2, he said: “I think he wanted to try his hand at a different space and milieu. We should give it to him for that. We have become ruthless and sometimes hypocrites also. Just a few days ago, I was saying that, ‘I know I have been doing the same kind of characters, getting a tag of being the hero’s friend’.

“Now, if somebody else has tried something, why are we after his life?”

He agrees that there are problems in Zero, which focuses on the love story of a dwarf named Bauaa Singh (played by Shah Rukh), who falls in love with a specially-abled scientist (played by Anushka Sharma). The film also stars Katrina Kaif.

“I am not saying that Zero is a great film. I think everybody has the right to say that they didn’t like the film and there are problems. All of us know where the film lacks, but I think it’s getting mixed (reactions). Some people are really loving it and some people can’t sit through the entire film,” said the Raanjhanaa actor.

He thinks Zero is quite a different kind of a film.

“We have never attempted this kind of a film in India. Maybe the story… we have heard it so many times. There is nothing new in the story as such, but the placement…they wanted to try something,” he said.

Asked about the problems, he pointed out: “There are many things. I never like my work. I didn’t like my work even in Raanjhanaa. So, I don’t want to give my perspective on the film. If I sit on any film, I will find loopholes. I think Indian films generally don’t work on logic.”

But he shared that, “We missed a bit of Himanshu’s humour in the second half of the film.”

His other release this year, Thugs of Hindostan, also starring Amitabh Bachchan and Aamir Khan, wasn’t a box office winner either.

Now, Zeeshan, who started his Bollywood journey in 2011 with the biographical thriller film No One Killed Jessica, wants to take a break from big budget movies.

“I will avoid very big budget films for some time. The problem is that you don’t have anything at stake when you do these kinds of films because most of the critics just talk about the so-called ‘A listers’. So, you don’t get to know about your performance from critics and not too much from the audience.

“I want to do characters which are important to the screenplay. I am also looking forward to doing some web series. Let’s see if things work out. Now, I will explore myself more. I was getting into a ‘secure zone’. My household is running very well now so, I think it’s time to take risks,” added the actor, who will next be seen in Manikarnika: The Queen of Jhansi.