Who is Aisha Chaudhary, the inspiration behind The Sky Is Pink?

Aisha Chaudhary passed away in January 2015. But before she breathed her last, she inspired millions of people through her book My Little Epiphanies and her various talks. Zaira Wasim plays Aisha in The Sky is Pink. 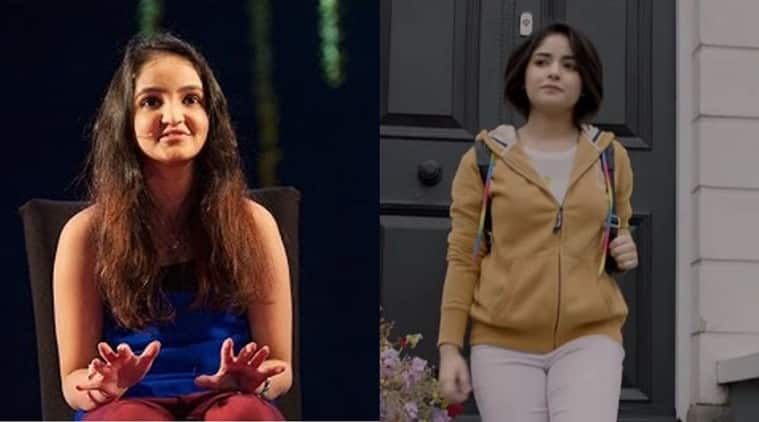 Zaira Wasim plays Aisha Chaudhary in The Sky is Pink.

The Sky Is Pink starring Priyanka Chopra, Farhan Akhtar, Zaira Wasim and Rohit Saraf is based on the real-life story of Aisha Chaudhary and her parents as they fought her rare medical condition, pulmonary fibrosis. Aisha is being played by Zaira Wasim in the film and from what we can see in the promotional clips, it is evident that Aisha was a happy soul who believed in living life to the fullest.

Aisha Chaudhary passed away in January 2015. But before she breathed her last, she inspired millions of people through her book My Little Epiphanies and her various talks.

During her TEDx Talk at the age of 17, Aisha spoke extensively about her condition of pulmonary fibrosis and the only way she had figured out to deal with it – being happy. Soon after her birth, it was diagnosed that Aisha’s immune system wasn’t developed and hence, she had to undergo bone marrow transplant when she was only 6 months old. Without the bone marrow transplant, her parents were told that she could only survive for a year.

Her parents, Aditi and Niren, had already lost a daughter before Aisha, Tanya, to the same medical condition. Aisha was diagnosed mainly because her parents had been down the same route before.

Following the bone marrow transplant, she had to undergo chemotherapy which eventually led to her condition of pulmonary fibrosis. At the time of her TEDx Talk, Aisha explained that her lung capacity was only 20%. She also spoke about the recurring thought of death but shared that she chose to live happily as long as she lived. “If I have to have pulmonary fibrosis, I choose to have a happy pulmonary fibrosis,” she spoke positively.

Aisha had discovered that the key to a content life is being happy. She shared, “Happiness is an attitude. Happiness is doing what you truly love and I believe can only come from acceptance,” and she had accepted her truth.

Aisha loved painting and she loved her two dogs. The time she went to the beaches of the Maldives with her family were meaningful to her because she could snorkel, even though it was just for a few seconds.

Shonali Bose’s film recounts Aisha’s journey along with her family and hopes to inspire many.

The Sky is Pink releases on October 11.