Veere Di Wedding movie review and release updates: Want to know what critics, celebrities and fans said about Sonam Kapoor and Kareena Kapoor Khan starrer Veere Di Wedding? Read our blog for all the updates about the Shashanka Ghosh directorial.

Talking about her film, Sonam Kapoor said, “In a very entertaining way, Veere Di Wedding shows that four women can do anything that a man can do, it talks about equality. It’s a female-driven film but it doesn’t mean that it is a film about women empowerment. It is about four people who just happen to be women.” The makers of this all-women film have promoted it as ‘not a chick flick’. The girl gang of the movie discusses love, sex and life without any filters.

What I was looking for, in this tale of these four young women, all very up to the minute in terms of apparel and shoes and bags, and other accouterments which swish, rich young ladies are equipped with these days, is whether this film goes beyond the froth and the attendant silliness and the stereotypes and broad brush-strokes to actually say something, to mean something.

On that score, I have to say that it’s not just the name that has been flipped around. A few notions have been turned on their heads, and a few things have been subverted, and for a mainstream Hindi movie carrying heavy-weight names on and off screen, this is good enough. Could it have been better? Of course, it could.

Here is how fans are reacting after watching Veere Di Wedding

#VeereDiWedding has been watched. A complete entertainer full of comedy, drama, emotions, masti, relationships, bonding & the amazing graph of all these characters #MovieReview #VeereDiWedding #FirstDayFirstShow #ExclusiveDubai

All these positive reviews and promising big opening for #VeereDiWedding give hope for women centric movies to be told.

Kareena’s upcoming film Veere Di Wedding has her in a pivotal role along with Sonam Kapoor, Swara Bhasker and Shikha Talsania. It is yet to be seen if this Rhea Kapoor and Ekta Kapoor production will create an impact at the box office but before the film releases, here’s looking at how Kareena’s last five films fared at the box office.

Along with Kareena, Udta Punjab starred Alia Bhatt, Diljit Dosanjh and Shahid Kapoor. The film ran into quite a lot of trouble with the CBFC but ultimately saw a successful release. The film was also leaked online just days before the release. The film managed to earn Rs 60.33 crore at the box office.

This R Balki film starred Arjun Kapoor along with Kareena and was a take on the assigned gender roles in the society. The Balki film met with mixed reviews from the critics and even the audience took a while to warm up to the film. Ki & Ka earned Rs 52.31 crore at the box office.

Patralekhaa on Veere Di Wedding: The film is such a cool ride

The screening of Veere Di Wedding was attended by film's actors and industry folk on Wednesday. Sonam Kapoor attended the screening with her husband Anand Ahuja. Janhvi Kapoor came along with father Boney Kapoor to watch the movie. 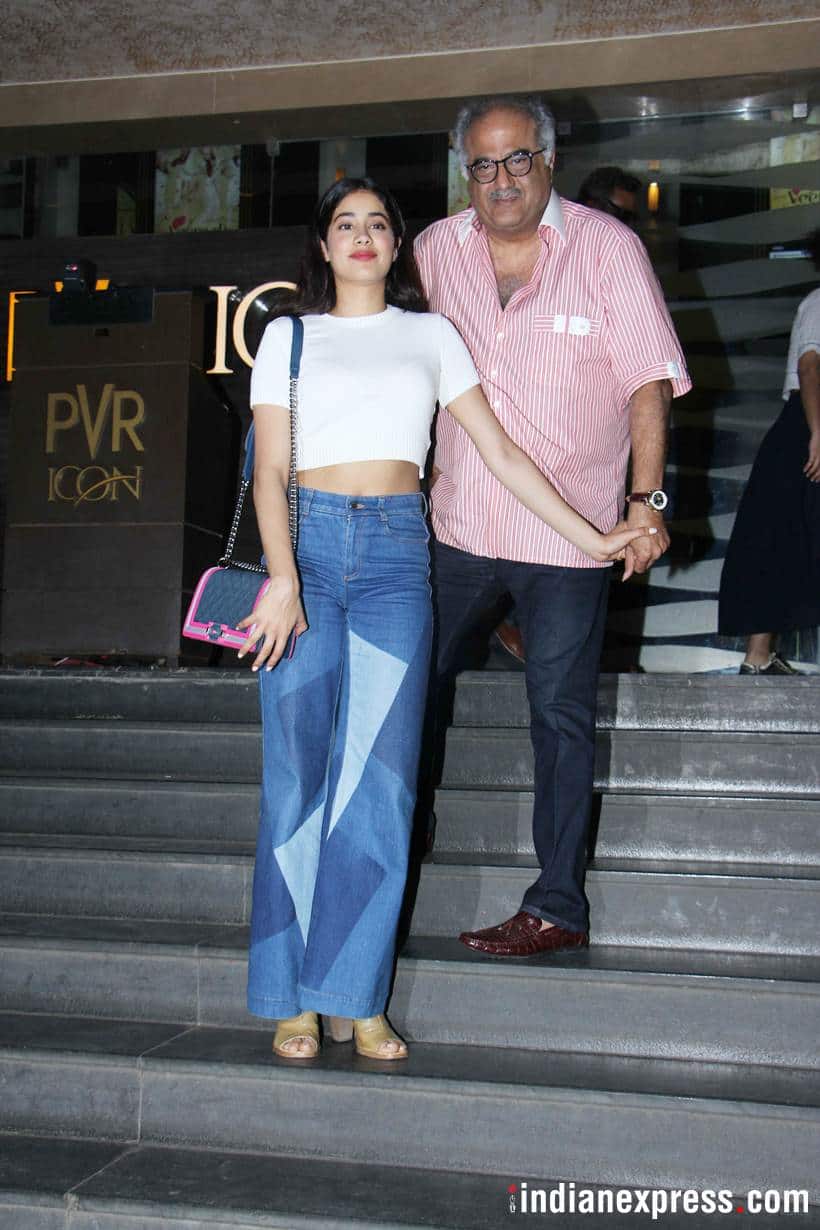 Talking about her character, Avni, and the hard work that went into the preparations for her role, Sonam Kapoor told indianexpress.com, “My character is of a matrimonial lawyer who works at the Tees Hazari court. I have a cousin who is also a matrimonial lawyer so to prepare for the role, I talked to her a lot and discussed how these lawyers talk, what clothes they wear and what are their mannerisms.” 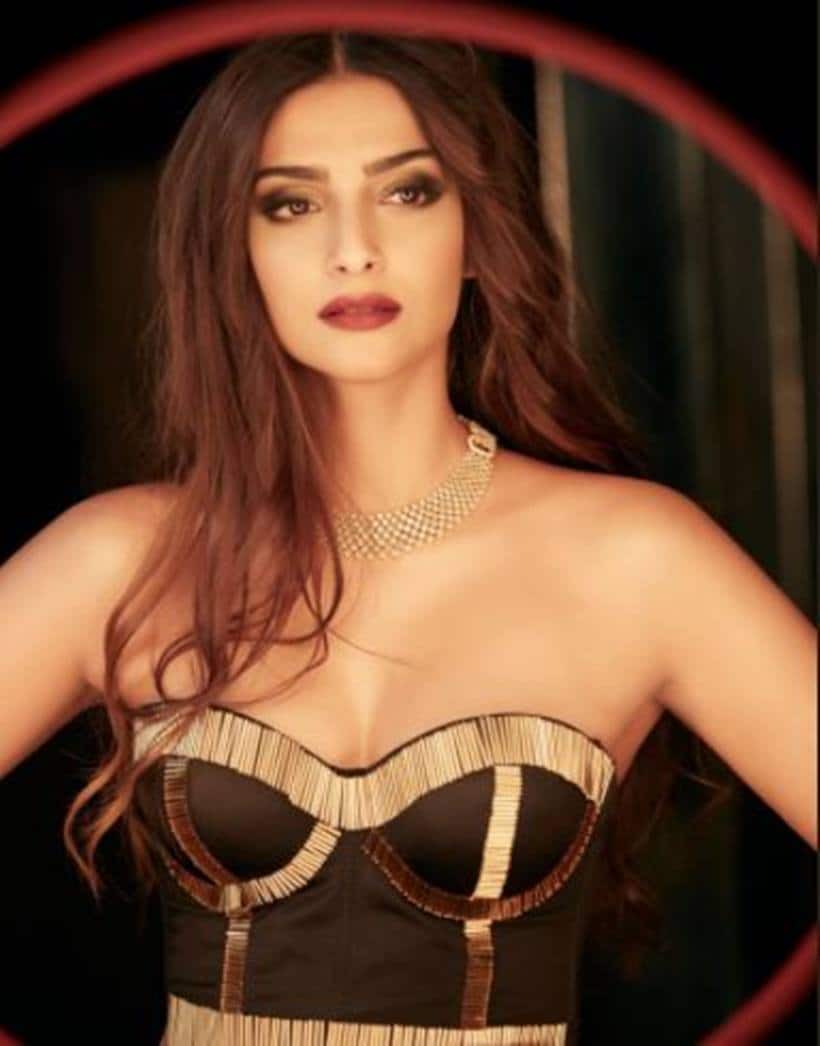 Super to see another big success this Friday in #VeerediWedding Follows #Parmanu #Raazi #102Notout in the last month or so! I remember I had told @Indra_kumar_9 years back let’s make a #Masti with heroines! Congrats @ektaravikapoor @sonamakapoor @AnilKapoor @ReallySwara

Trade Analyst Girish Johar informed about a good start of Veere Di Wedding at the theaters. He tweeted, "A Very good start in early shows all over for #VeereDiWedding ranging in 40% zone !!! #KareenaKapoorKhan @sonamakapoor @ReallySwara @ShikhaTalsania 👍🏻👍🏻👍🏻👍🏻👍🏻."

Farhan Akhtar to the four 'veeres': May the cinema halls be filled with baaraati’s

Here’s wishing the Fab Four and team ‘Veere di wedding’ all the best for their release today. May the cinema halls be filled with baaraati’s. 😊👍🏽 @sonamakapoor #Kareena @ShikhaTalsania @ReallySwara #ShashankaGhosh

The litmus test for the music of any film, which has a Punjabi wedding in the background, is that it has to be catchy as hell. It doesn’t matter if it’s slow or runs at a pace. If it’s catchy, it’s likely to be dazzling. It’s also going to stick enough such that it is hard to shake the melody off your limbs and lungs. Director Shashanka Ghosh’s film starring Kareena Kapoor Khan, Sonam Kapoor Ahuja, Swara Bhaskar and Shikha Talsania presents us with eight tracks, and no real music and lyrics to show. The tunes are mostly lacklustre and not even remotely singable.

Wishing my girls @sonamakapoor & @RheaKapoor all the best! Can't wait to watch @vdwthefilm! Guys go watch it with your #veeres

In an interview with indianexpress.com, Sumeet Vyas said, "The film is kind of a magnum opus. It’s a musical. I was excited to work with Shashanka Ghosh and with the three actresses who have done a certain amount of good work in the industry.”

“I am very excited about the film as I am used to working with male actors but this time we are a group of four girls. I am waiting to see the reaction of my fans as to how will they take this kind of film because this film has a different language and its concept is one of its kind,” Kareena Kapoor told indianexpress.com.

In a conversation with indianexpress.com, film trade analyst Girish Johar said he expects Veere Di Wedding to collect somewhere around Rs 4.5 crore on its opening day. Speaking about the film, he added, “We have seen how Bollywood fans are now receptive to female-centric films like Raazi, Queen or Padmaavat for that matter. As long as good content is involved, the film is bound to do good. From the looks of it, the film is a fun, rib-tickling comedy and it will cater to an audience just looking to have a good time at the theatres.”

"What an absolutely fantastic film @vdwthefilm is! Enjoyed every minute of it. was fully FOMO-ing about not having spent enough time with my “veeres”. Can never find enough words to describe how beautiful n effortless #KareenaKapoorKhan is. @sonamakapoor looks beautiful and has played her part so adorably well. @ReallySwara takes badass to another level. @ShikhaTalsania is tooo adorable. And mannn #bhandari , you’re tooo cool. @vdwthefilm. Kudos to producers @Nikhil_Dwivedi @ektaravikapoor and @RheaKapoor for believing in this film. This could well be a game changer. Congrats #shahshankghosh and the whole team," Sonal Chauhan said via Twitter.

Lipstick Under My Burkha actor Aahana Kumra heaped praise on Veere Di Wedding. She wrote on Twitter, "@vdwthefilm is a riot and extremely happy for my veeres @shiksh @vyas_sumeet @ReallySwara ! Congrats @ektaravikapoor for yet another film with women leads! Lots of love! @sonamakapoor #KareenaKapoorKhan @RheaKapoor @balajimotionpic ! Have a great opening and an even better run!!."

Swara Bhasker on her role in Veere Di Wedding

In an interview with Indian Express, Swara Bhasker said, “I’m playing Sakshi, who is urban, English-speaking and educated and so incredibly rich, that she’s never heard ‘no’. She’s a lovable brat, but mostly an idiot. I had fun bringing a certain type of randomness to this character.”

"Just watched #VeereDiWedding what a lovable joy fest!! I have laughed so loudly that people have changed seats for the second half. Its true blue girl power led by my friend Shashanka ghosh! Cheers @ReallySwara @ShikhaTalsania @sonamakapoor & Kareena !! @ektaravikapoor," tweeted Mini Mathur.

Planning to watch Veere Di Wedding? Here are some reasons to watch the Kareena-Sonam starrer

1. A stellar set of actors

The Veere Di Wedding cast has been out promoting the film as a fun girl gang movie and not a ‘chick flick’ or one which takes the baton of feminism. It will be interesting to see how the team will pull that off on the screen.

Karan Johar posted on Twitter: "Sexy , saucy and sassy!!! This is not a chick flick but a super fun flick...take your friends and join this robust party! Well done @RheaKapoor and your amazing girl gang @sonamakapoor @ReallySwara @ShikhaTalsania #kareena #VeereyDiWedding. To my beautiful and close friend @ektaravikapoor ! Kudos ! With @altbalaji you have pushed boundaries and the envelope !! And with #VeereyDiWedding you have torn the envelope! May the force of content always be with you!"

According to the makers, Veere Di Wedding revolves around the lives of four girls who are on their way to find true love. However, their friendship is put to test when an unusual situation occurs.