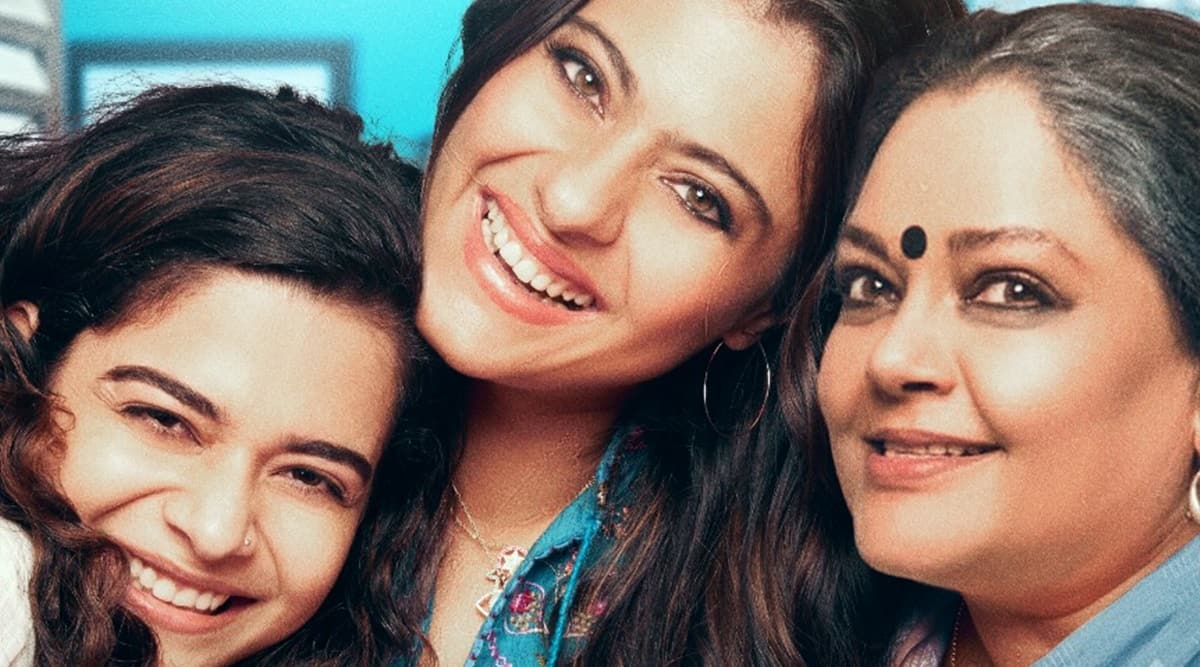 Tribhanga will stream on Netflix on January 15. (Photo: Netflix)

The trailer of Kajol-starrer Tribhanga is out. Directed by Renuka Shahane, the film, also starring Tanvi Azmi, Mithila Palkar and Kunaal Roy Kapur, revolves around the complexities of three women from different generations in a family, whose lives are intertwined despite their unconventional life’s decisions.

The trailer shows Nayan (Azmi), a Marathi litterateur and a matriarch, telling her story for an autobiography to writer Kapur. We also see her daughter Anu (Kajol), a classical dancer and her granddaughter Masha (Palkar) reveal flaws and frustrations about being a part of the same dysfunctional family.

Talking about Tribhanga, Renuka Shahane said in a statement, “I wanted to capture the dysfunctional family dynamics when the core, the relationship with the mother, is shaky and unstable. I added three different generations to better reflect the intergenerational perspective in looking at the same event in three different ways.”

Speaking about her character in the film, Kajol said, “Tribhanga is a celebration of women and all their beautiful imperfections. We need to embrace these imperfections and live on our own terms, just the way Nayan, Anu, and Masha do in this film. My character is outspoken and opinionated much like how the audience knows me, yet is completely different.”

While Tanvi Azmi called her character Nayan “ahead of time”, Mithila said her Masha is the “calming force among the three women”.

Rubik’s Cube film is in the works