After Athiya Shetty and KL Rahul got married, her father Suniel Shetty interacted with the media and distributed sweets. Giving details about the wedding, he also shared that they plan to host a reception after the IPL gets over. 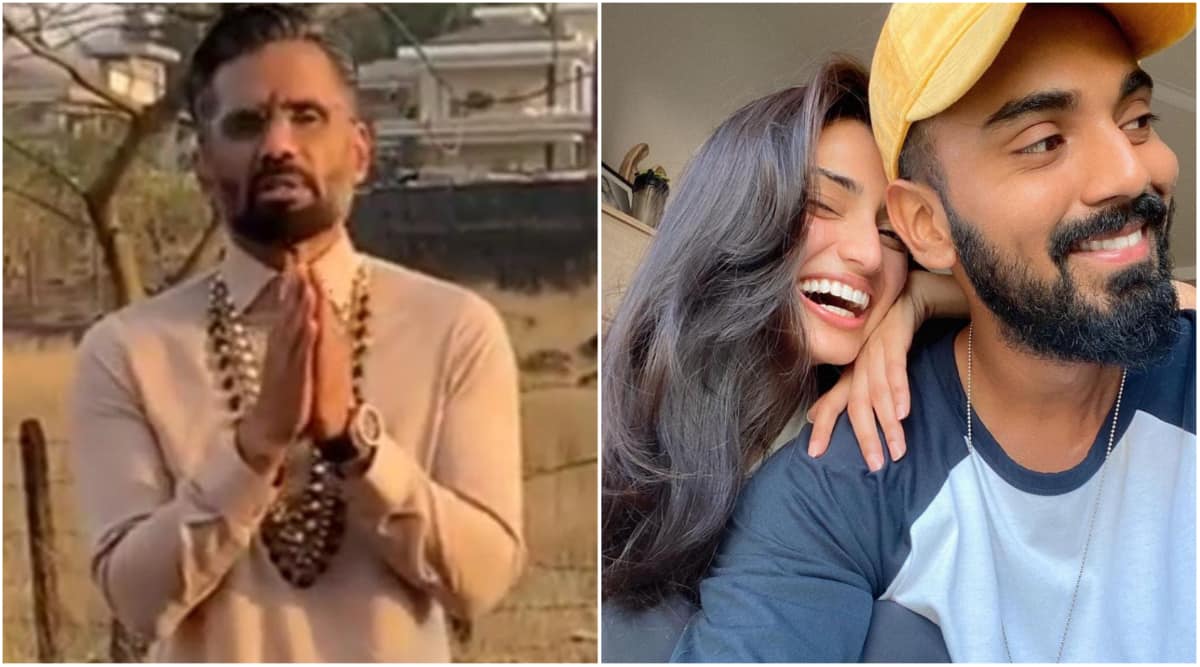 Suniel Shetty is not particularly fond of the ‘father-in-law’ tag. The actor’s daughter Athiya Shetty tied the knot with Indian cricketer KL Rahul on Monday in Khandala. Instead, the Bollywood star says that he will be a father, and is welcoming a son home.

After the young couple took their nuptial vows at Suniel’s Khandala house, the happy father interacted with the media, and thanked them for their support. His son and actor Ahan Shetty also joined him as the two distributed sweets among the reporters and photographers standing outside their property. They also folded their hands showing respect as they posed for the camera.

Speaking about the wedding, Suniel Shetty, who’s fondly called Anna in Bollywood, said that he is very happy. “It was beautiful. It was very small, with just close family lekin sab bohot acche se hua (everything went well),” he shared, and informed the media that the pheras have already been completed. “Shaadi hogayi hai, father-in-law ban gaya hu officially.”

However, as a reporter quizzed him about his new role, the actor dismissed the same saying that ‘beta ghar aaya hai‘ (we are welcoming a son). He added, “I am a father, and don’t want to get involved in the in-law complications. I ace the role of a parent, and I want to do that.”

He also gave details about the reception planned for the newlyweds. While initially hesitating to give details, he said that they will plan something only post IPL. For people who may not know, IPL 2023 will kickstart from March and culminate with the finals on June 1.

As Ahan handed over the sweet boxes to the media, he was also asked to say something. The shy actor smiled for the cameras and said, “Bohot khush hu. Aur kya bolu main (I am really happy. What else do I say).”

For the longest time, Athiya Shetty and KL Rahul’s wedding was the subject of constant media speculation, with a fresh rumour about their union every six months. However, the couple remained tight lipped and even Suniel Shetty had repeatedly denied the rumours. On Sunday, however, things changed.

When the paps stationed themselves outside the wedding location, the Hera Pheri actor finally said that the duo is getting married on Monday– the first ever public confirmation. The actor assured them that the bride and groom will pose together post wedding for the media.

“Main kal bachhon ko leke aata hoon (I will come with the kids tomorrow).” He then said in Marathi that he will get the entire family so that the paps can take pictures. Suniel thanked them for their love and made sure that there are proper arrangements made for them.