This edition of Streaming Guide features actor Kay Kay Menon who has films like Shahid, Life In A Metro, Badhaai Ho, Gulaal and Haider, among others, to his credit. The actor is currently seen in the Netflix anthology film Ray. 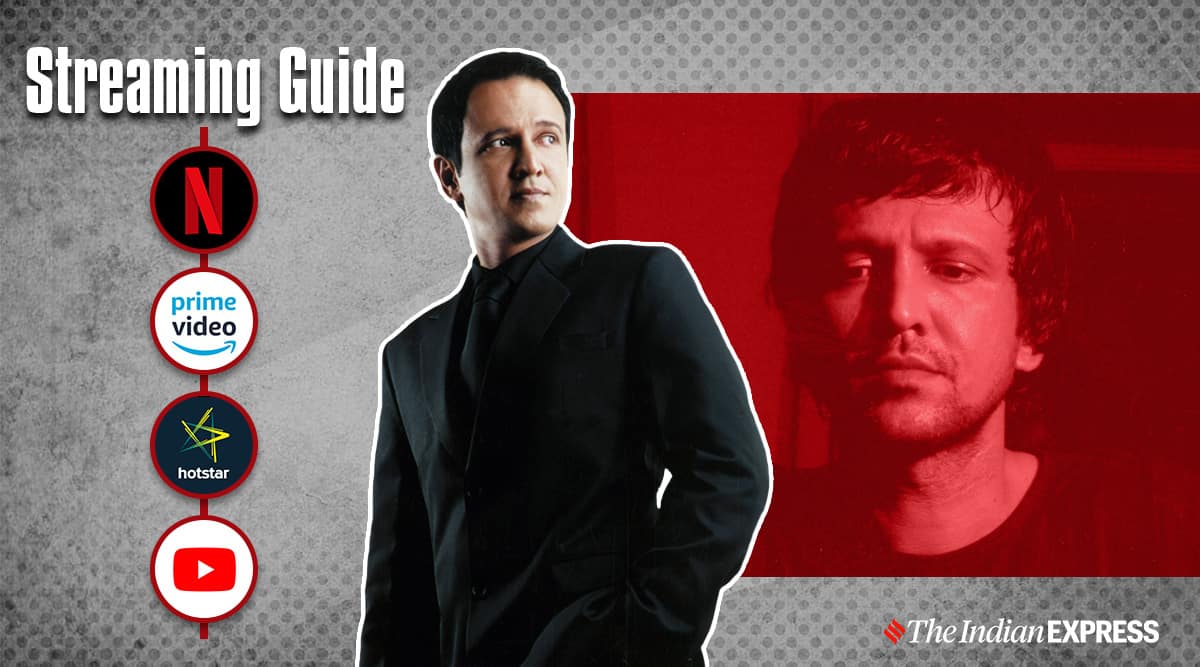 This edition features actor Kay Kay Menon who has films like Shahid, Life In A Metro, Badhaai Ho, Gulaal and Haider, among others, to his credit. The actor is currently seen in the Netflix anthology film Ray. 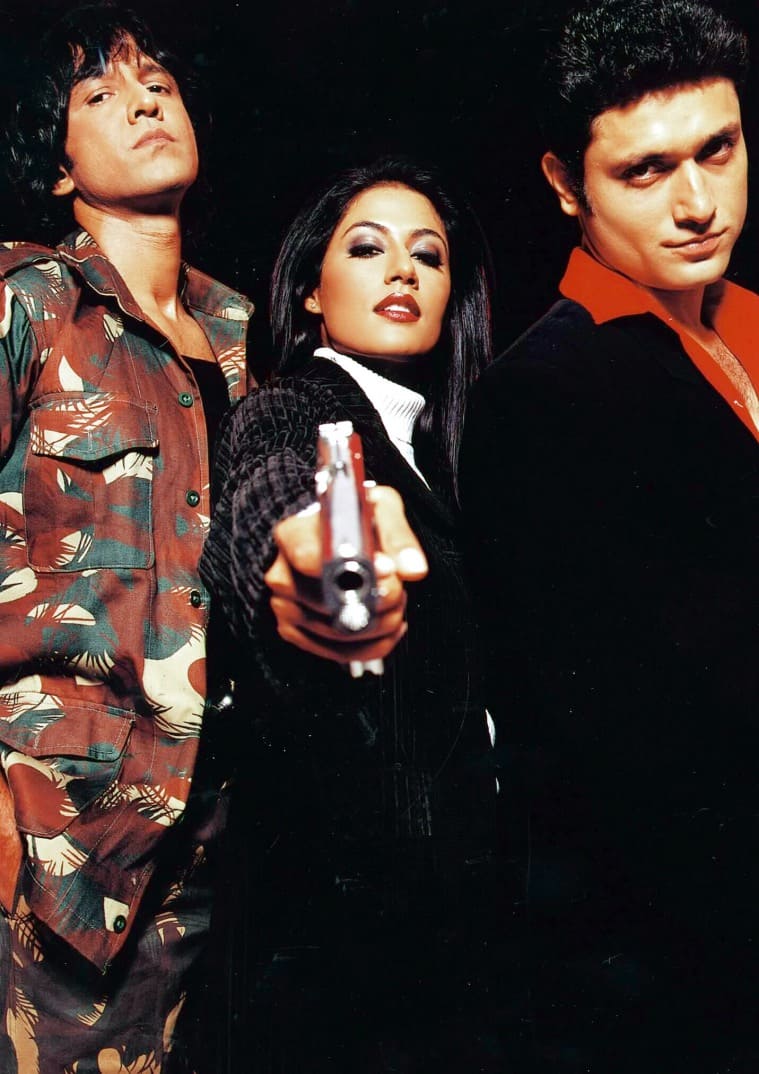 Sudhir Mishra’s critically-acclaimed film, starring Kay Kay Menon, Shiney Ahuja, and Chitrangda Singh, is set against the backdrop of Emergency. It chronicles the story of three young people in the 1970s when the country was undergoing social and political upheaval. Characters in Hazaaron Khwaishein Aisi talk about ideals, oppression, poverty, capitalism and inequality with passion. The film’s title is borrowed from a famous poem by Mirza Ghalib. 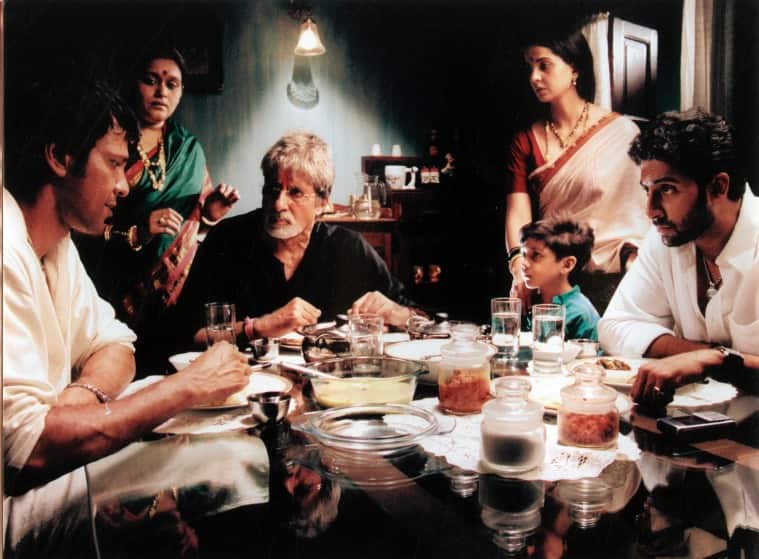 The political thriller Sarkar showcased the story of a political leader, Sarkar (Amitabh Bachchan), who rules Mumbai with an iron fist as he delivers his own brand of homegrown justice. Kay Kay Menon plays his wayward elder son while Abhishek Bachchan plays the younger son who has inherited his father’s traits. Ram Gopal Varma adopts the spirit of Godfather but the treatment is all his own. 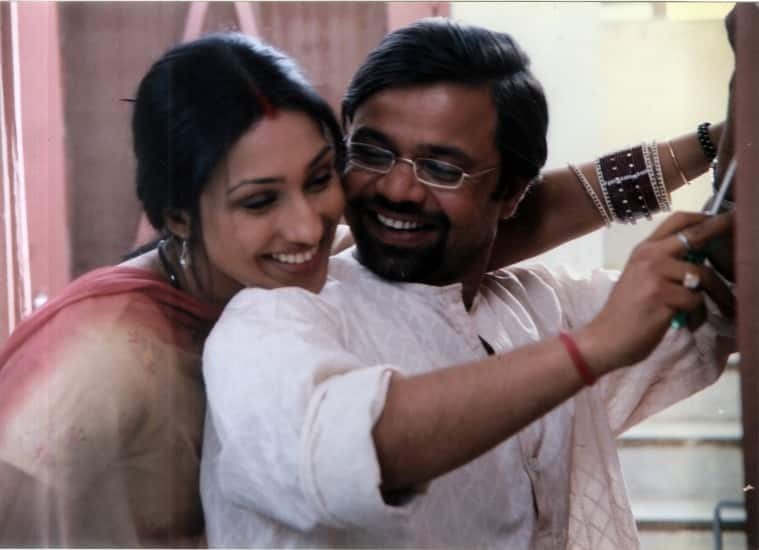 The 2005 film revolves around an odd couple, Mithilesh Shukla (Rajpal Yadav) and his beautiful wife, Veena (Rituparna Sengupta). Mithilesh is a possessive husband who doesn’t like people being overtly attentive to Veena. His possessiveness grows manifold with the entry of Akash (Kay Kay Menon) whom Veena knows from childhood. Now, if Mithilesh’s fear of losing his wife to Akash will come true or not forms the film’s narrative. The film, directed by Chandan Arora, is a watchable family drama with a dash of humour. 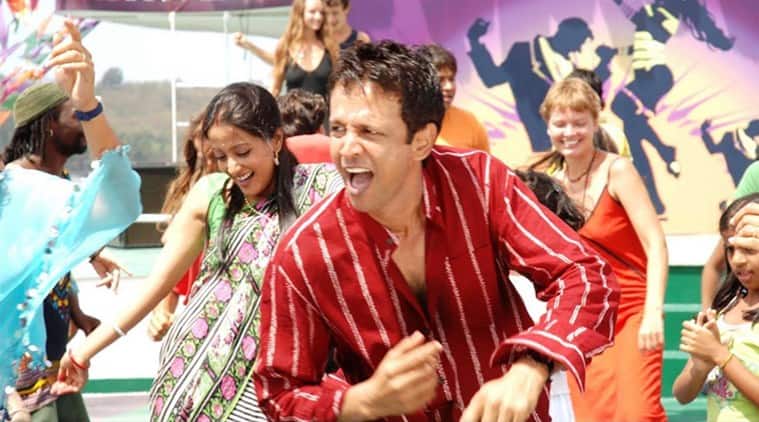 The ensemble comedy starred Abhay Deol, Minissha Lamba, Shabana Azmi, Boman Irani, Kay Kay Menon, and Raima Sen among others. Debut filmmaker Reema Kagti linked stories of six newlywed couples who take a bus tour to Goa for their honeymoon. On the journey, the couples get to know their better halves, and themselves, a little better. The film is more like a study into human nature.

Life in a… Metro 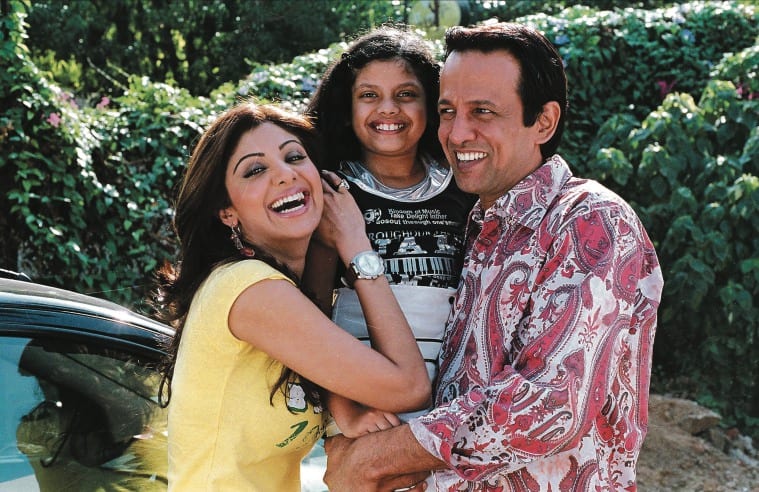 The 2007 release Life In A… Metro is a fine anthology film directed by Anurag Basu. It stars Dharmendra, Nafisa Ali, Shilpa Shetty, Kay Kay Menon, Shiney Ahuja, Irrfan Khan, Konkona Sen Sharma, and Kangana Ranaut. In the movie, Basu explored human relationships through his various characters whose lives intersect with each other during their quest for love and success.

Director Nishikant Kamat’s 2008 film Mumbai Meri Jaan captures the trauma of people who were impacted directly or indirectly by the serial train blasts in Mumbai in 2006. It stars Paresh Rawal, Soha Ali Khan, Kay Kay Menon and Irrfan Khan. The film’s screenplay seems loose at times but it keeps you engaged.

Gulaal is the story of power and struggle. Anurag Kashyap cuts through the layers of grassroot politics in Rajasthan in the 2009 movie. Watch this one for breathtaking performances by Kay Kay Menon, Mahie Gill, Raj Singh Chaudhary, Jesse Randhawa, and Piyush Mishra, and a compelling climax. It took Kashyap almost seven years to bring his “most angry film” to the celluloid. 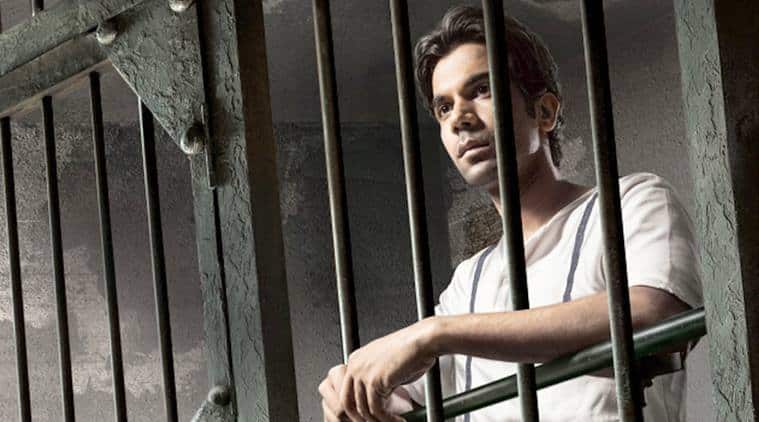 Shahid, a biopic, is based on the real-life story of slain human rights lawyer Shahid Azmi. He fought cases for the poor and innocent who were jailed or arrested on the charges of being terrorists. In 2010, he was gunned down while defending Fahim Ansari, accused in the 26/11 Mumbai attacks. Even though Azmi was a hero for the innocents he saved, director Hansal Mehta doesn’t portray him as a hero or a saint in the biopic. Shahid is a must-watch for its gripping narrative and effective performances by Rajkummar Rao, Mohammed Zeeshan Ayyub, and Kay Kay Menon. 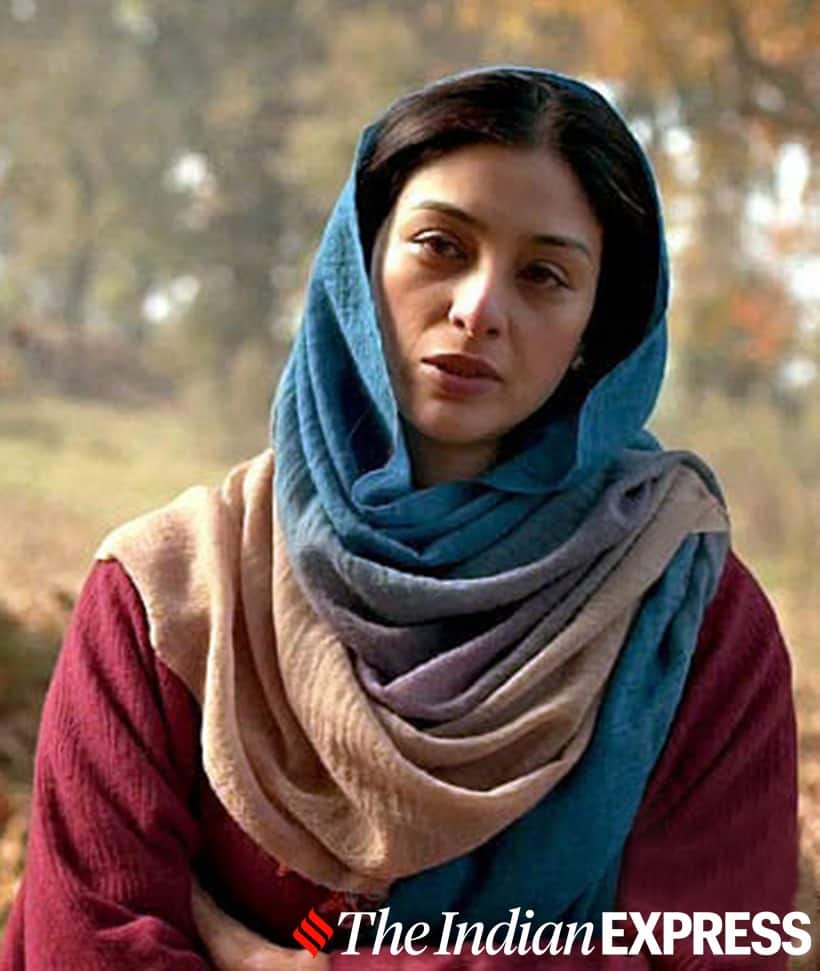 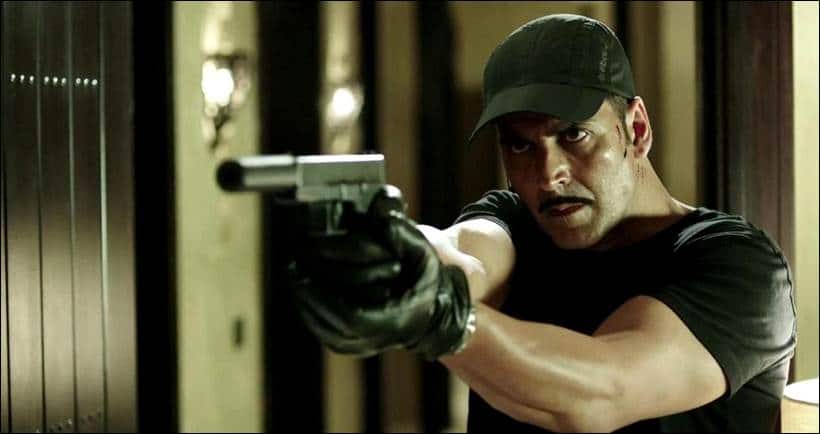 Akshay Kumar in a still from the movie Baby.

Baby follows the story of a temporary task force set up to nab terrorists involved in the 2008 Mumbai attacks. Akshay Kumar as Ajay Singh Rajput leads the pack, and Anupam Kher’s Shukla and Rana Daggubati’s Jai Singh Rathore ably support him. If you like watching a drama unfold without looking for logic, Baby is a decent pick. 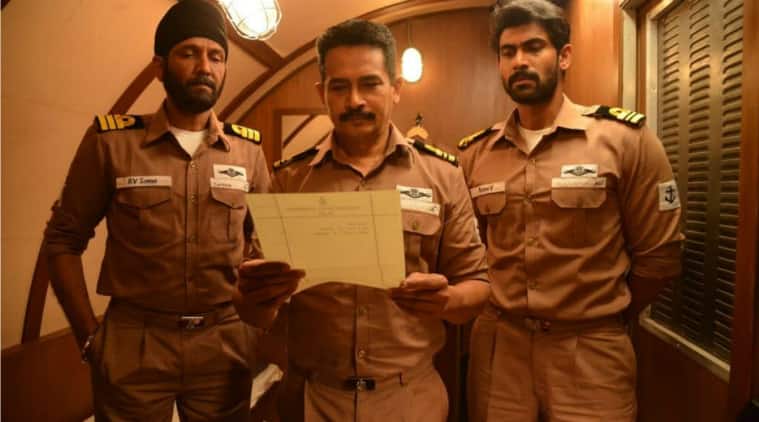 A still from The Ghazi Attack.

Headlined by Kay Kay Menon, Rana Daggubati, and Atul Kulkarni, The Ghazi Attack is the story of the immense courage and patriotism of the men aboard the Indian submarine S-21. They destroyed the Pakistani submarine PNS Ghazi when it ventured into Indian waters with the ambition of destroying INS Vikrant and conquered the Visakhapatnam port on the eastern coast of India in 1971. 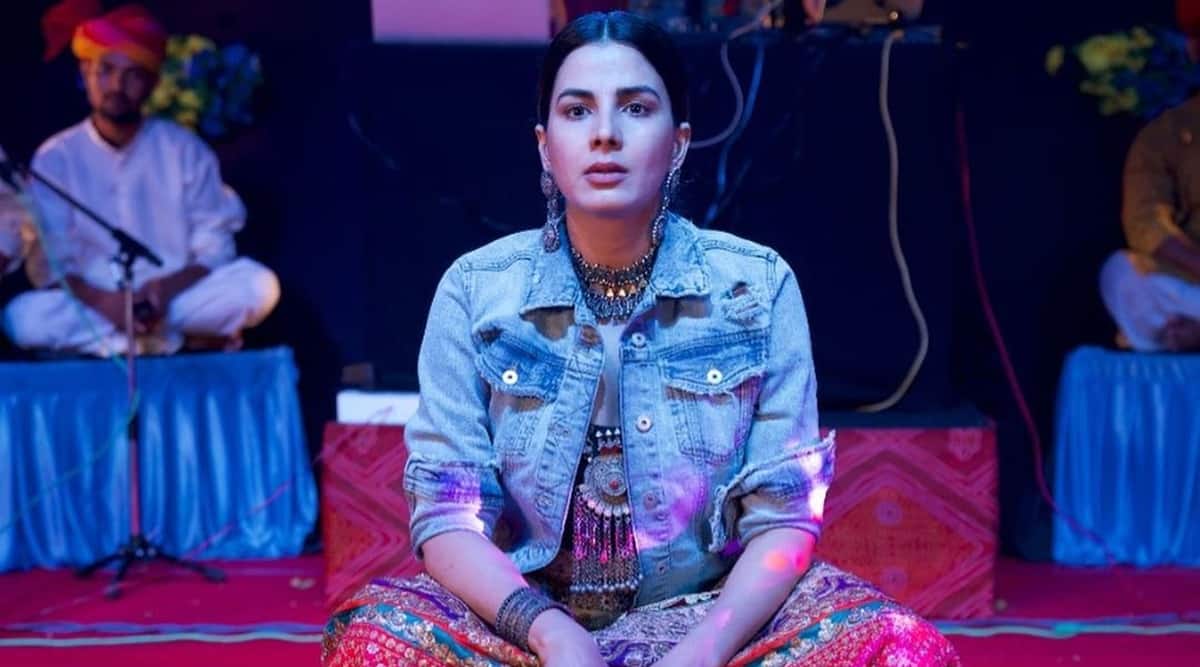 Shaadisthan is streaming on Disney Plus Hotstar.

Directed by Raj Singh Chaudhary, Shaadisthan stars Kirti Kulhari, Kay Kay Menon, Nivedita Bhattacharya, and Rajan Modi, among others. The film is centered around Kirti Kulhari’s character Sasha, a singer, who takes a road trip with her band of nonconformist musicians and a conservative couple and their teenage daughter. The journey leads to a clash of ideology and beliefs, leading to a dramatic climax.

Kay Kay Menon made his debut on the OTT platforms with the AltBalaji web series The Great Indian Dysfunctional Family. The web series also features Shriswara, Barun Sobti, Eisha Chopra, and Swaroop Sampat in lead roles. In the series, Menon and Sobti play warring brothers. The ten short episodes, packed with a generous amount of melodrama and bizarre plot twists, make this AltBalaji series an easy watch for those who like Indian daily soaps. 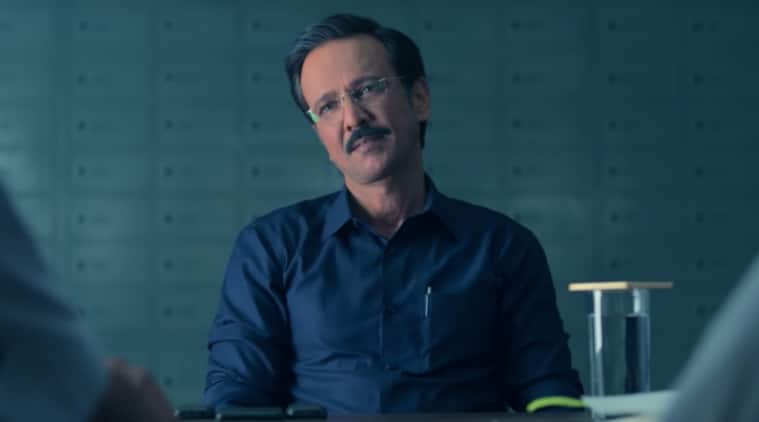 Kay Kay Menon in a still from Hotstar’s Special Ops.

The eight-episode web series revolves around the manhunt for a fictitious mastermind responsible for carrying out multiple terror attacks, from the one on Parliament in 2001 to the 26/11 Mumbai attacks. The web series was an instant hit among the audience. If you like edge-of-the-seat thrillers, this one should not be missed. 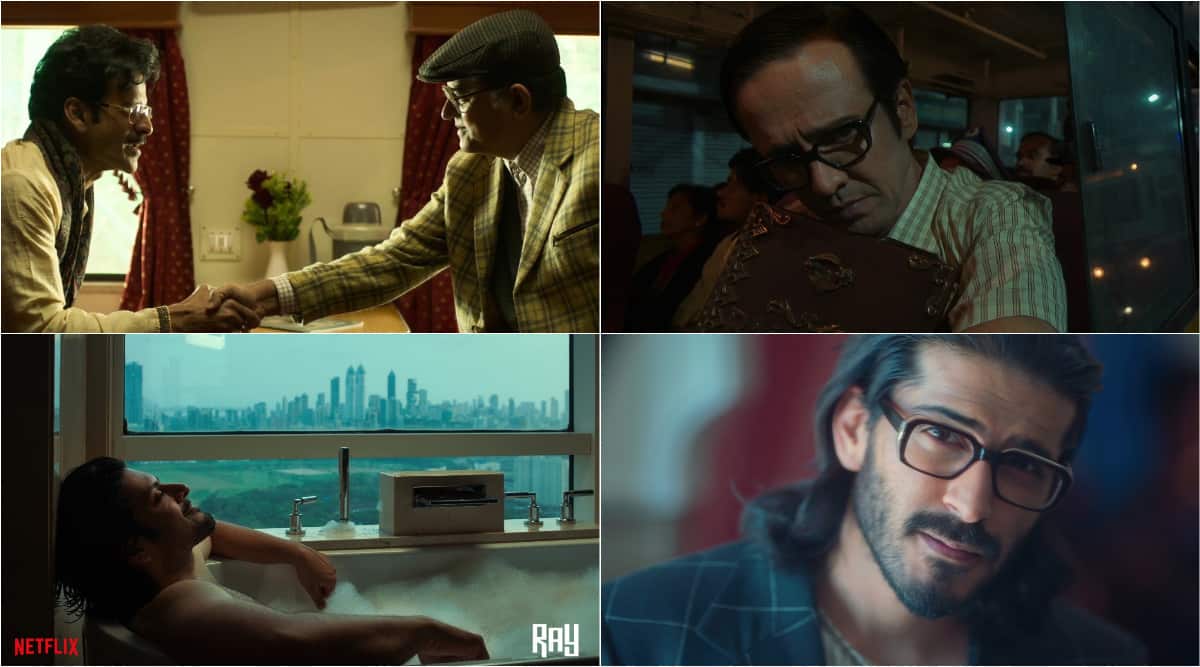 The anthology film, inspired by the works of legendary filmmaker Satyajit Ray, has been directed by Abhishek Chaubey, Srijit Mukherji, and Vasan Bala. The four stories titled Hungama Hai Kyon Barpa, Forget Me Not, Bahrupiya and Spotlight promise an engaging and thrilling ride for the audience. It stars Manoj Bajpayee, Ali Fazal, Harshvardhan Kapoor, and Kay Kay Menon in the lead roles. The four films explore the themes of ‘ego, revenge, envy, and betrayal’.

Explained: What’s the story behind the 751 unmarked graves found in Canada?