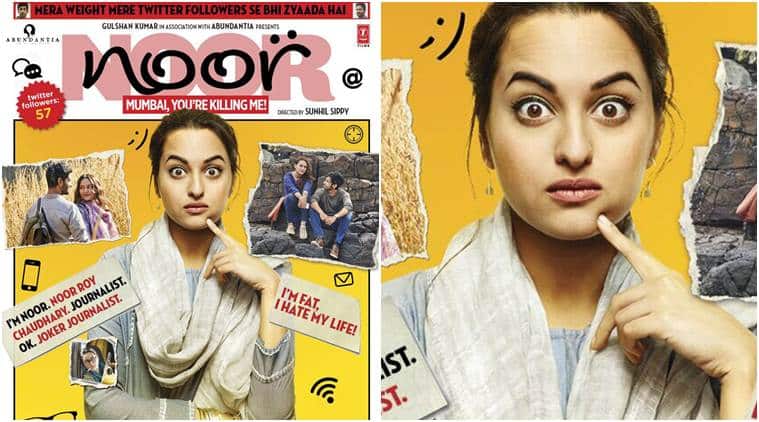 Sonakshi Sinha is a full-blown Mumbai girl in Noor.

From ‘Babe Bindaas’ to ‘Citizen Keen’, thats the journey actress Sonakshi Sinha undertakes in director Sunhil Sippys Noor. The engaging trailer encapsulates the protagonists voyage from fun-seeking journalist to conscientious citizen with a fun grip over the graph which rises and dips in disarming motions.

I felt a tickle in my belly watching the trailer, if not a surge in my veins.

If you’ve read the novel “Karachi, You’re Killing Me!” you’d know that the book’s whimsical scribe is a Karachi girl. Well, sorry, we can have none of that in Bollywood. Not for now anyway. Sonakshi Sinha is a full-blown Mumbai girl and she even gets to taunt the original novel in the trailer by exclaiming, ‘Mumbai you’re killing me’.

The narrative adopts the tone of social awakening in much the same way as Subhash Kapoor’s Jolly LLB 2. Like Akshay Kumar’s ‘chichora’ lawyer act in Kapoor’s film, Sonakshi’s Noor is a professional who before too long will be served up lessons in professional scrupulosity as she gets into a situation that demands all her inner strength and conviction to come out in the open.

Sonakshi, who played the hero last year in the bone-crunching gruesome tale of horrific revenge “Akira”, is here given a lighter tone to play around with. She flirts with the fluff-and-real blocks in the Rubik’s Cube of life with fey abandon.

The film’s trailer has an infectious charm to it. It also has some interesting acting talent. The redoubtable Manish Choudhary as the goofy journo-heroine’s boss somehow seemed like a gruff more poised version of Annu Kapoor in “Mr.India”. I also caught a glimpse of Purab Kohli as Noor’s love interest and stand-up comedian Kanan Gill as her best friend.

Manish Choudhary orders Sonakshi to go interview ‘Sunny Leon(sic.)’ I guess the ‘e’ is just about the only thing that’s silent in the bustling trailer that promises an engaging film about a zany journalist who could have been in Karachi if only Mumbai was not the politically correct place to be.