Shriya Pilgaonkar on short film Sita: Art has power to make a difference, why not use it? 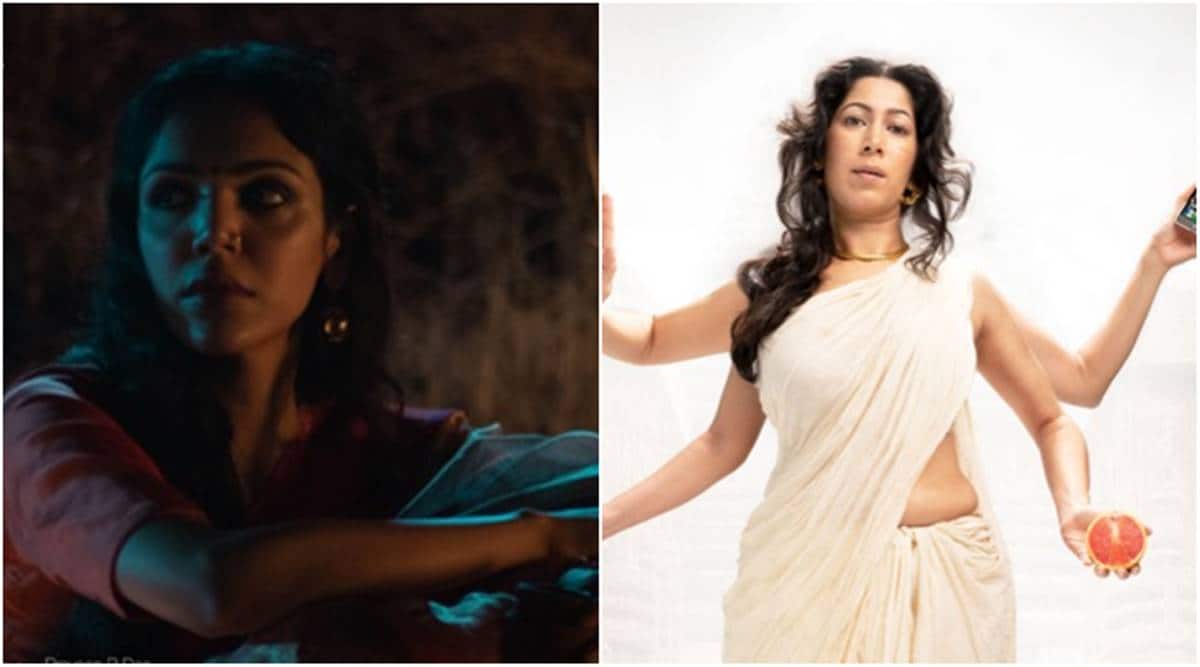 Sita and Antarvasna have been directed by Abhinav.

Director Abhinav’s short films Sita and Antarvasna have managed to grab eyeballs at the film festivals across the globe. In fact, the two films were officially selected for Festival De Cannes Short Film Corner 2021 and International Film Festival of South Asia – Toronto.

Sita, starring Shriya Pilgaonkar, tackles the subject of casteism, religion and female foeticide. “Sita was a beautifully written short film. Coincidentally, when this script came to me, I was reading The Forest of Enchantments, which is Ramayana from Sita’s perspective. So, I felt it was all mystical. I love short films as a medium of storytelling,” Shriya told indianexpress.com.

She added that she was absolutely thrilled to know that the film made it to Cannes Film Festival and is being received so well by the audience across the globe. “It is actually a dream to be part of a film or attend a screening at Cannes. In the past, Beechum House by Gurinder Chadha had its premiere at the reputed film festival but I couldn’t attend it then. This time, because of the coronavirus pandemic, we couldn’t travel. But it (the selection) is incredible and such a motivation for actors and storytellers. We are so honoured. We hope it (the film) gets a good platform for people in India to watch,” she continued.

When asked if Bollywood is failing to touch upon topics like casteism and killing of the girl child, Shriya said every actor or filmmaker has their own journey and choices.

“I believe there is no one way to make an impact. Everybody has their own way to lead their lives. If I get a subject that is respectfully putting such subjects out there and has been shot aesthetically, I will do it. It does need courage. I will find the courage to be a part of such a film if I feel very strongly about it. With Sita, I didn’t have to think twice,” the actor replied.

She believes films have the power to make a difference. “As much as we say that art is for entertainment and might not always have a sense of responsibility, we are living in times where we need to use our art to shake up things that are causing negativity or making us regressive. Art has that power to make a change. So, why not use it?” Shriya concluded.

Abhinav, who began his career as a filmmaker with Tisca Chopra’s Chutney, said, “Sita is a mixture of two stories. Growing up, I used to hear stories about pind daan and killing of girl child. These babies would either die because of the weather or wild dogs, and if they survived, they would end up trafficked. As a child, I always wished I could save them.”

The story of Sita is told from a child’s perspective. Abhinav said the child represents him and his imagination of what he would have done if he would have found an abandoned girl child.

Abhinav’s second film Antarvasna talks about sexual desire of a woman. “As a filmmaker, I don’t want to put myself in a box but I still want to tell real stories that are relatable for everyone. It is weird we don’t talk about women’s sexual desire, and somewhere I will blame Indian cinema for it. It (films) has shown female’s sexual desire or fantasies as a comedy while it is a serious business,” Abhinav expressed.

Agreeing to the director, actor Shivani Tanksale said that “most films and TV shows show a woman from the male gaze.”

“It is stereotypical, and the word ‘bold’ is thrown around a lot. A woman who likes sex will wear low cut blouses or short skirts. The divide between reality (in terms of women’s desire) and what is shown on celluloid is so vast! When I speak to women in my life, be it old friends or acquaintances, I have found that there is a nonchalance with which we talk about sex or men. And yet there is a deep rooted awareness of the male ego and the fear of being a woman who has needs and desires. It’s common knowledge that men masturbate but why is it such a taboo if a woman does the same?” questioned Tanksale.

“I hope Antarvasna starts more conversations about sex, sexuality, desire and climax. We are in the 21st century with information to everything at our fingertips yet we are so unaware, so repressed. A woman shouldn’t have to face judgement and character assassination just because she wants to orgasm,” said Shivani as she signed off.

Sita and Antarvasna are produced by Sibasis Nayak and Dayanidhi Dahima.

Priyanka Chopra rocks the perfect summer dress; check it out