Shilpa Shetty celebrates 28 years in the movies: ‘What a wonderful journey it has been’

Shilpa Shetty took to Instagram to celebrate 28 years of her first film Baazigar. She thanked the team and fans for this incredible journey. 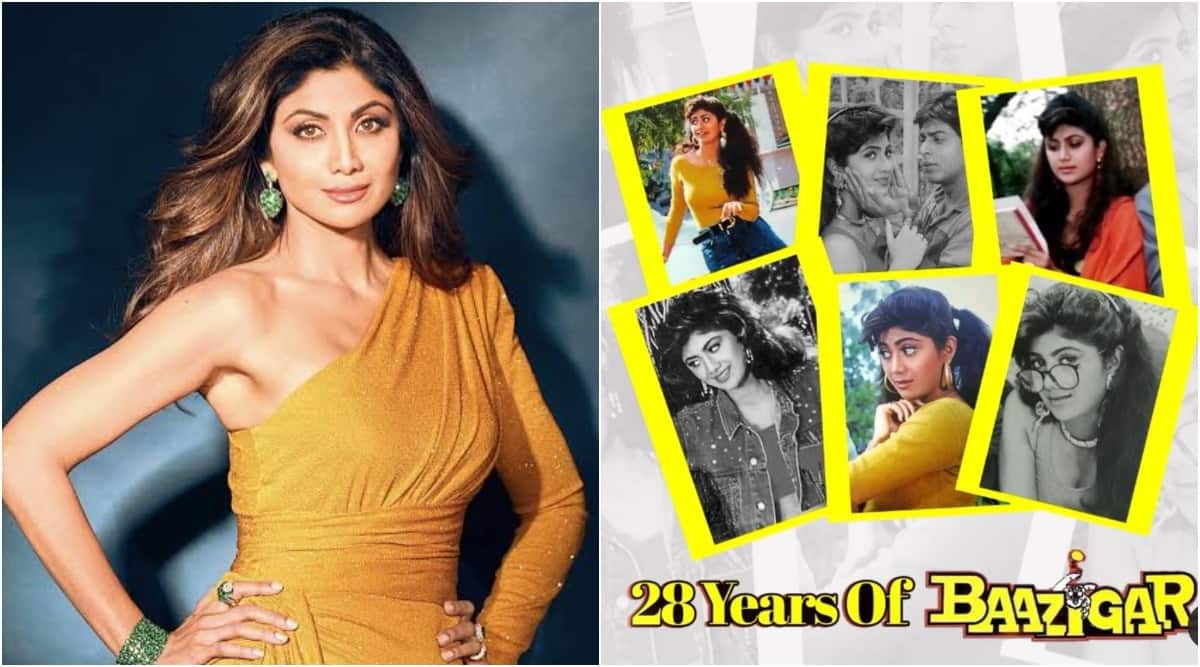 Bollywood star Shilpa Shetty is celebrating 28 years of Baazigar. The Abbas Mustan movie, which also starred Shah Rukh Khan, Kajol and Dalip Tahil, marked Shilpa’s entry into films. Taking to Instagram on Friday, the actor shared a clip of the film’s songs and thanked fans for the journey.

Sharing that she cannot believe it’s been 28 years, Shilpa expressed her gratitude for the love and encouragement that she has received over the years. “Thank you! THANK YOU! THANKKKK YOU!! For all your love, support, encouragement, concern, prayers, and blessings over the past 28 YEARS! (Still can’t believe it!) Love you all!” she wrote.

The actor further congratulated the team and also thanked fans, mentioning how she is here because of them. She further wrote, “Congratulations, #TeamBaazigar ! What a wonderful journey it has been. Looking forward to the next 28. Heartfelt Gratitude to all my well wishers, fans .. I am cause YOU are.”

1993 blockbuster Baazigar presented Shah Rukh Khan as the anti-hero. Avenging the death of his father and sister, Ajay Sharma fakes a romantic relationship with Madan Chopra’s (Dalip Tahil) daughter Seema (Shilpa Shetty). As the two elope, instead of marrying her, he pushes her off a building setting in motion the events in the film.

While as a guest on Indian Idol 12 recently, Shilpa had spoken about how SRK was a supportive co-star. Narrating an incident, she shared how the Bollywood superstar helped her lip-sync the songs of Baazigar.

“Baazigar was my first movie and I was very nervous, but Shah Rukh was very sweet. He used to always calm me down and help me with the scenes. When we were shooting for the song “Ae Mere Humsafar” and I had to lip-sync the lyrics, I was not getting it properly. SRK, being the gentleman that he is, immediately popped in and helped me with the lyrics. He told me a technique to get the lip-sync on point,” Shilpa revealed.

On the work front, Shilpa Shetty will be next seen as a judge of India’s Got Talent on Sony TV.