Shibani Dandekar and Farhan Akhtar tied the knot in February in Khandala. The actor-host took to Instagram to share some new photos with her husband. 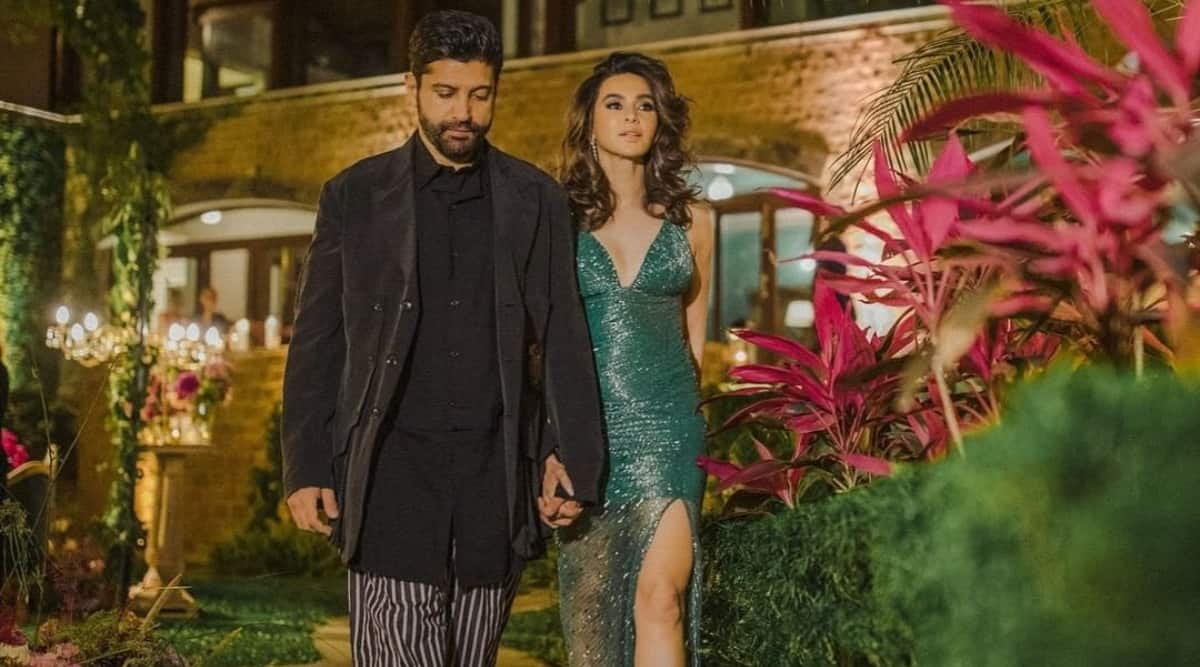 Actor-host Shibani Dandekar took to Instagram on Tuesday to share a new photo of herself and her husband, actor-director Farhan Akhtar. Shibani also shared a few of her solo photos.

In the photo, Shibani is glittering in green and Farhan looks chic in a black outfit. As Shibani shared the photo, fans showered it with compliments. “Beautiful couple,” wrote one fan. Another fan wrote, “Such power!” A comment read, “Congrats to sweet couple.”

Shibani Dandekar and Farhan Akhtar got married on February 19 in Khandala. The wedding was a close knit affair that was attended by the likes of Hrithik Roshan, Shankar Mahadevan, Ashutosh Gowariker, Rhea Chakraborty among others. The video of Farhan and Hrithik dancing on “Senorita” at the wedding made waves on social media. Shankar sang Dil Chahta Hai’s title song at the wedding bash.

Also Read |Inside Farhan Akhtar, Shibani Dandekar’s wedding: All the photos and videos

In the days after, Shibani and Farhan shared various photos from the wedding and the pre-wedding ceremonies.

Excel Entertainment producer Ritesh Sidhwani recently hosted a special dinner for the newlyweds. It was attended by Deepika Padukone, Gauri Khan, Kareena Kapoor, Aryan Khan and Suhana Khan, among others.

For the first time in 49 Tests, Kohli’s Test average drops below 50