Shefali Shah: Bollywood doesn’t know what to do with a woman who has crossed 40

Bollywood actor Shefali Shah, whose latest project Once Again is currently streaming on Netflix, says men in this industry are afforded more choices, regardless of age. 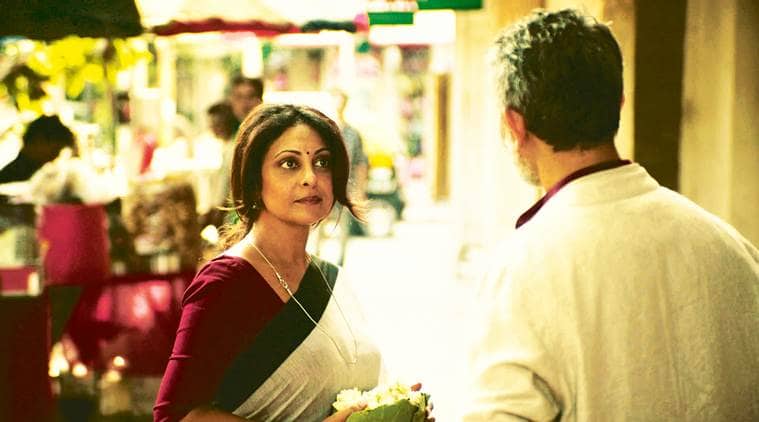 Shefali Shah in Once Again.

There are three main characters in the film, Tara, Amar and Bombay,” says Shefali Shah about her latest project Once Again, which premiered on Netflix on September 3. The Indo-German production has been directed by Kanwal Sethi, and is about a widow, Tara, played by Shah, who embarks on a friendship via letters and a dabba with a well-known actor, Amar (Neeraj Kabi). “I know that the parallel with The Lunchbox (2013) is inevitable, but this story goes beyond. In this, the two protagonists meet and explore what it is to fall in love again,” she says.

Shah doesn’t do Bollywood parties, post incessantly on Instagram, or even talk to the media unless it is to promote a film. This conversation is over the phone with the 46-year-old National Award-winning actor. “Men in this industry are afforded more choices, regardless of age. For most part, Bollywood doesn’t know what to do with a woman who has crossed 40. Only recently are parts being written for women like me, in films such as Lipstick Under My Burkha (2016), Tumhari Sulu (2017) and Neeraj Ghaywan’s short film, Juice, which is one of the best roles I’ve ever played,” says Shah.

She picked Once Again for only one reason — she’s a “hardcore romantic”. “I’ve never done an all-out love story, and I jumped at the chance. I think the most powerful love stories are about unrequited love, because they bring out the longing that comes along with it,” she says. What is the hardest thing one has to say in love, apart from “I’m sorry”? “I think it’s ‘goodbye’. That word closes the door on a relationship but it’s not really offering any closure,”she says.

Also Read | Once Again review: Watch this only for Shefali Shah and Neeraj Kabi’s spellbinding performances

Shah has just completed work on a web series directed by Richie Mehta which is based on real-life case files of the Delhi Police. “I’m working on another web show and am excited about this new medium. I won’t do television again because it’s extremely demanding and they make you do work that you don’t love. There’s no quality control at all,” she says.

It’s been 20 years since her debut as Pyaari Mhatre in Ram Gopal Varma’s Satya. “I don’t think any of us understood the magnitude or impact of the film when we made it. It was such a wild variety of characters and there was no concept of lead actors. Satya broke the mould in terms of writing, cinematography, sound design. It was a riot,” she says.