Shantanu Maheshwari on breaking the ice with Alia Bhatt: ‘It wasn’t like when she entered…’

Shantanu Maheshwari talks about working with Sanjay Leela Bhansali in Gangubai Kathiawadi, sharing screen with Alia Bhatt and his journey in the entertainment industry. 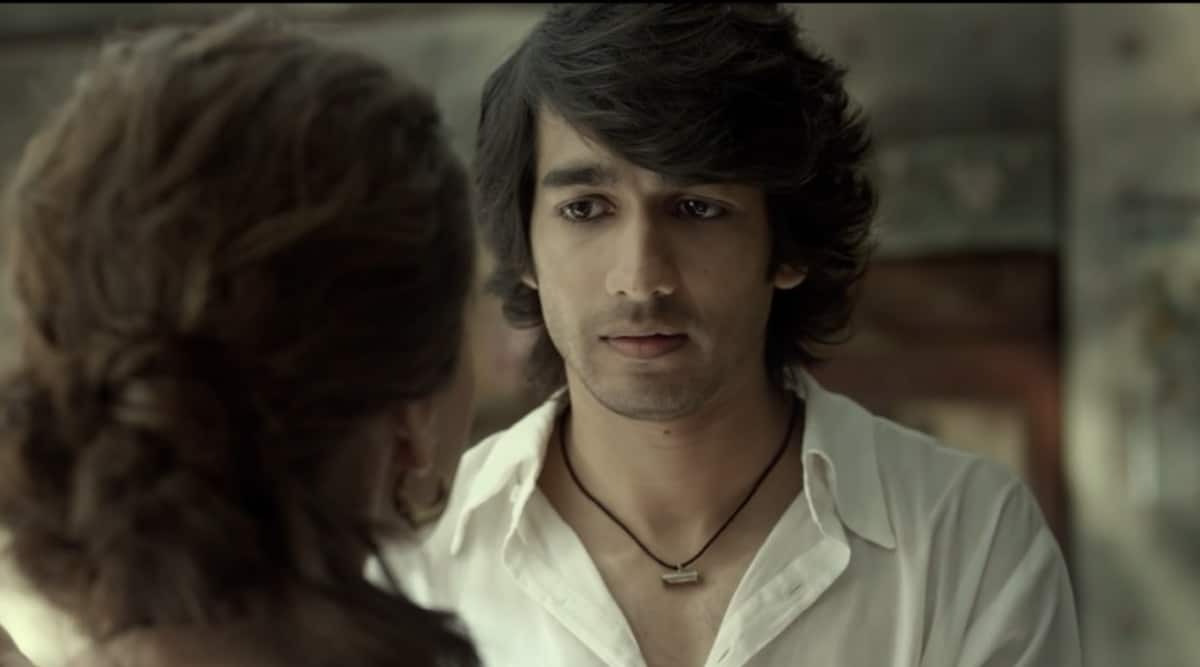 The Kolkata-boy rose to fame with Dil Dostii Dance and followed it up with Girls on Top, Jhalak Dikhhla Jaa, India’s Best Dramebaaz and Khatron Ke Khiladi 8. With Gangubai Kathiawadi, he takes his biggest jump, transitioning from an actor known for his boy-next-door roles to a SLB hero. Shantanu spoke exclusively to indianexpress.com about working with Sanjay Leela Bhansali in Gangubai Kathiawadi, sharing screen with Alia Bhatt and his journey in the entertainment industry.

Excerpt from the conversation:

In a recent interview, you mentioned that it took time for you to believe you are making your debut with a SLB film. So when did that feeling finally sink in?

The day I wrapped up my shoot. That’s the day I felt I am part of this massive project helmed by Sanjay Leela Bhansali. Yes, that’s when it hit me that I am making my Bollywood debut.

You also mentioned how you kept telling yourself not to say anything stupid when you meet Bhansali. So what did you finally say? How was your first meeting with him?

(Laughs) I think we just had a very normal conversation, where he was trying to understand me and my background. It was just a candid conversation. However, I knew he was also trying to find his Afshaan in me and was gauging me and my body language. In my head, I kept telling myself to let him do his work and just stay focused.

You watched the film with your friends over the weekend. It must have been a surreal experience.

It was actually super fun. A lot of them wanted to see it with me. They cried, laughed and even made fun of me when I was on screen. I think that’s how it is with friends. They never stop pulling your leg. Some of them have been with me since my first show. So yes, it was very very special.

And what about your family? They must be ecstatic too.

Honestly, I had just told them that I am part of the film but didn’t really give much details. So they went to watch the film on Friday, and fir toh dhindora peetle lage (they started blowing the trumpet). They asked everyone around them to watch it. It was never just about me but they too loved the film, and that is what matters the most.

There was just a glimpse of your character in the trailer. Did you have faith in the makers or were you nervous about how much of Shantanu will be there in the final product?

I don’t think I approached the film that way. Yes, it was my debut film but more than that I was excited to work with Sanjay sir and wanted to give my 100 per cent. It was overall a very different experience for me, and my focus was always on that. I had full faith in him and the team. I knew that whatever screen time I get, it would do justice to my talent. I was in safe hands. As for the trailer, not many know about Gangubai and so the objective was to establish her. Slowly and steadily the world around her was revealed.

Also, you knew Gangubai Kathiawadi would be called an Alia Bhatt film, and even has a star like Ajay Devgn. Given you are comparatively new, were you confident you will be noticed?

From the very beginning, I knew it was an Alia Bhatt film. I knew it was a female-oriented movie. It is about a woman’s journey. However, I also knew that I have an important part in the film. How she sacrifices her love for the bigger goal marks an important chapter in her journey. I had complete belief in myself. And let me tell you, I was clapping loudly during Ajay Devgn’s entry scene. He is a star for a good reason.

Tell us about working with Alia Bhatt. How did you both break the ice?

It was quite a simple meeting at the office, where she came in and we exchanged greetings. It wasn’t like when she entered, everyone stood up in attention (laughs). Also, she knew about me playing the part and it was all very organic for us. We actually never had to break the ice.

Not really. We were quite clear in terms of our characters and thankfully the chemistry came naturally. We never had to put in extra effort, do workshops or rehearsals. Also, Alia doesn’t carry the aura of a star. She is very cooperative and a team player. We both knew the script and surrendered to that. It all became easy after that.

Your character, which has quite a graph, deals with love and heartbreak. What did you think about the conflict?

Afshaan is a young guy but at the same time, he understands Ganbgubai. In the first scene itself, it’s established that he has got to know her in a deeper sense. And I think because of that, he understands why she is sacrificing her love. And I think they had selfless love for each other and so he backs her. He knows it will be for her good. That deep love gives him that strength.

We all talk about ‘Sanjay Leela Bhansali heroines’, but what is it to be a SLB hero?

Honestly, I never thought about myself like that (laughs). But it was very sweet of sir to keep mentioning that. He would ask people to look after his hero and that made it really special for me. It actually boosted my confidence and I felt like a hero. However, it was a very family-like set up and never did I let it in my mind that I was the lead. Titles are given here and there. At the end of the day, it’s your work that will talk.

We have heard a lot about the struggles faced by TV actors when they move to Bollywood. How has your journey been?

I did feel discrimination a bit but never in a harsh way. I think it’s out there and one doesn’t need to spell it out. You get that from the vibe. For me, I think even the television industry took time to accept me as I got a very late entry. Given I came from youth shows, it was a struggle to find a foothold. From, not getting invites, to finally receiving it and then even getting nominated. When you are young, these things do cloud your mind. You are big in a way but nobody knows you, and it does get tough to deal with. But when you accept it, I think it all becomes smooth. Also, I must add that the generalisation is now blurring with web giving a platform to so many actors. I just wish it had happened years back. But as they, it’s better late than never.

For people who know you, Shantanu is a very simple, quiet and private person. Given Bollywood is all about glitz and glamour, will you be able to fit in?

At times, it is important to be a certain way but one cannot be calculative about it. I do realise that things like social media has become very important and I make that effort now. You can deal with these things but I cannot change myself drastically as a person just because I am in Bollywood. There are certain characteristics in me that make me happy and keep me in a good headspace. That also makes me who I am, and that’s going to always be like that.

One either takes little steps or just flies high. You’ve made your big debut with a Sanjay Leela Bhansali film but what’s next. Does the future worry you?

It’s going to be a big responsibility and I will be mindful. I am really happy that sir believes in me and he has been a confidence booster throughout. I also share a rapport with him where I can seek guidance and help. Sanjay sir really takes care of his talent and I know I can always consult him. I have always been selective and I only want to do films and shows with a good story. The length and actors don’t matter, but content should be good. As for TV, I don’t think I fit the bill anyway.

Dance has always been your first love. What happens to that?

I have always balanced both acting and dance and will continue to do that. I don’t necessarily have to be on an international stage again and again. I can do a lot more things to keep my love for dance alive.

Lastly, share with us the best feedback you’ve received for Gangubai Kathiawadi.

Everyone has loved the film and many even told me how I came across as a breath of fresh air. Afshaan adds a different vibe to the film. I did not expect to be that impactful (laughs). Everyone has been really sweet and kind. It feels so special when so many people make an effort to reach out to you. The fact that they are proud of me, and feel I deserve this place just makes my heart swell with gratitude.

‘Is this seat taken?’: Women surprises friend on her 90th birthday