Farzi marks the streaming debut of actors Shahid Kapoor and Vijay Sethupathi. The series will premiere on February 10. 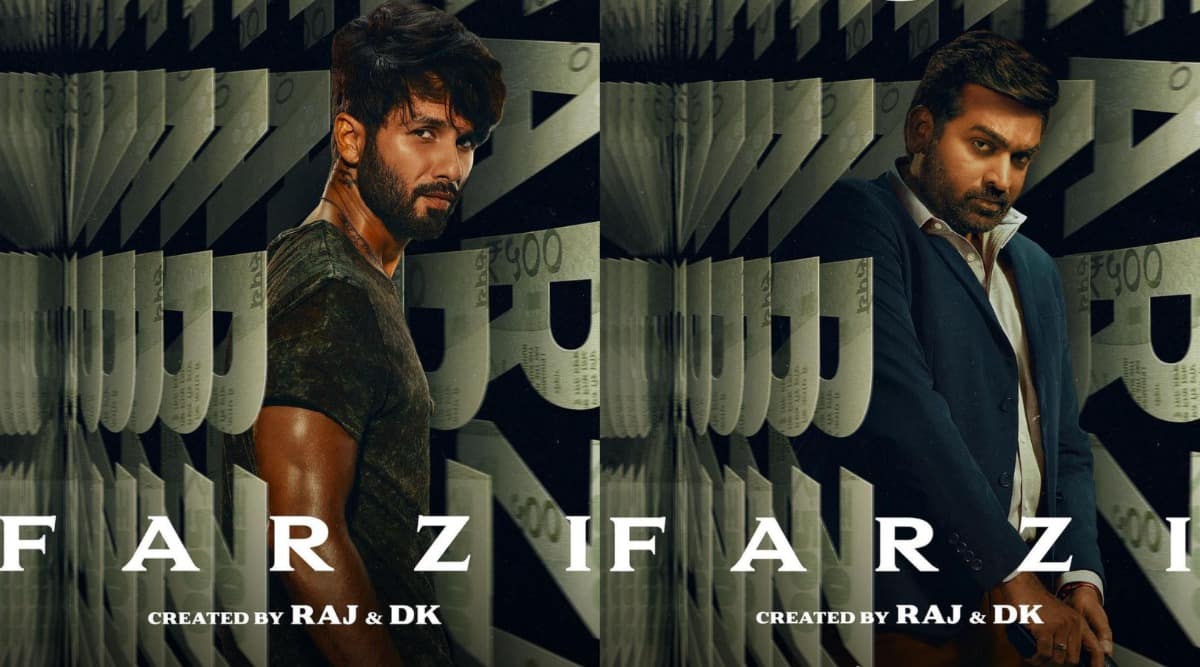 The world’s dirty and there are no rules for players. Prime Video on Wednesday dropped the peppy track ‘Sab Farzi’ from their upcoming crime thriller series Farzi. Starring Shahid Kapoor and Vijay Sethupathi, the song deep dives into the world of Farzi: of crime, art, money and more money.

Spanning eight episodes, Farzi is billed as a fast-paced, edgy crime thriller, with Raj & DK’s trademark humour, stitched around a clever underdog street artist’s pursuit to con the system that favours the rich. The show is helmed by filmmaker duo Raj and DK.

Also Read |Exclusive | Shahid Kapoor says his Farzi character is an artiste ‘frustrated’ about not being recognised: ‘My 18-year-old self could relate to it’

The foot-tapping number is composed by Sachin-Jigar, while the lyrics are penned by Priya Saraiya and sung by singer-actor Saba Azad. The video features Shahid ri9sing the ranks by minting fake currency, living the rich life, unaware that there is a danger looming large- Vijay Sethupathi as a cop on a mission to nab him.

The series marks the OTT debut of Shahid. The actor was last seen in Jersey, which was a disaster at the box office upon its release in 2022. Farzi will also mark the streaming debut of Vijay Sethupathi. The loved star will also be making his Hindi film debut this year with two releases, Katrina Kaif starrer Merry Christmas and Shah Rukh Khan’s Jawan.