Aryan Khan was arrested over a week ago for his alleged involvement in a drug bust case in Mumbai. The bail plea of Shah Rukh Khan's son will be heard by a special court. 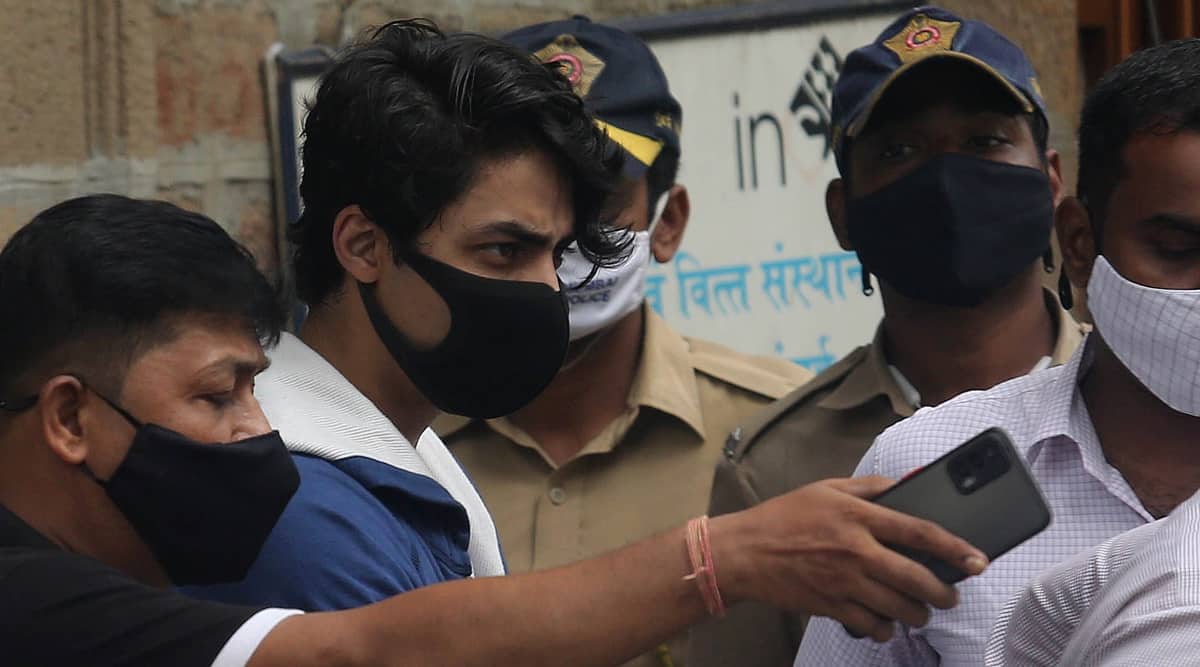 Aryan Khan was arrested for his alleged involvement in a drug case. (Express photo by Ganesh Shirsekar)

The actor’s manager Pooja Dadlani was seen getting her documents checked as she made her way to the court for the scheduled hearing. Earlier, the magistrate court had rejected the bail application of Aryan, his friend Arbaaz Merchant and model Munmun Dhamecha on grounds of maintainability.

“You have already kept me in for a week. The magistrate’s court has already said that there was no need for further custody to the NCB. I (Aryan) have not been found with any drugs, there is no material against me. They may arrest more persons in the case but they are not connected with me,” senior lawyer Amit Desai argued before the court on behalf of Aryan.

Meanwhile, celebrities were seen getting more public with their support of the Bollywood superstar. Speaking to ETimes, Shatrughan Sinha said people are settling scores with the actor, which is primarily why his son is being targeted so much. “This time they have Aryan Khan to play with, because he is Shah Rukh Khan’s son and they’ve got a chance to settle scores with the actor. We also know they haven’t found any drug on him, nor have they got any incriminating material. Even if they had found any drug, the punishment is at the most one year but that does not arise in this case. Another big question that needs to be asked after they arrested Aryan and others, why weren’t the urine and blood tests done? That is normally done in these kinds of cases,” Shatrughan Sinha claimed.

Earlier, celebrities like Swara Bhasker, Suniel Shetty, Raveena Tandon and Hrithik Roshan among others came out in support of Shah Rukh and Aryan Khan.