Shah Rukh Khan’s ‘Fan’, which was to hit screens on August 14, has been postponed.

It was recently revealed that Shah Rukh Khan‘s upcoming film, ‘Fan’, which was to hit screens on August 14, has been postponed.

According to a report in DNA, the Maneesh Sharma directorial venture is slated to release on Bakri Eid, which falls on September 23. The reason for the delay is that there is quite a lot of post-production work to be done in terms of visual effects. The team picked Bakri Eid as none of the other holiday dates were available.

However, this has definitely benefited Karan Johar’s Brothers’ starring Akshay Kumar, Jacqueline Fernandez and Sidharth Malhotra. Head honcho of YRF, Aditya Chopra himself called up Karan Johar, offering him the Ausgust 14 date for the release of his film.

Adi just called and asked me to release BROTHERS on the 14th of August,2015 as FAN is postponed…gestures likes this make my day special… 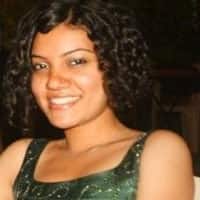