Pathaan has the power to alter the industry, but is Shah Rukh Khan’s film too late to the shared universe party?

If Pathaan works, it could reshape Bollywood forever. Multi-starrers with A-listers, regional unity, cross-border appeal -- all of this would be more easily achievable, and financially more justifiable, if Shah Rukh Khan's movie actually ends up making a boat-load of money. 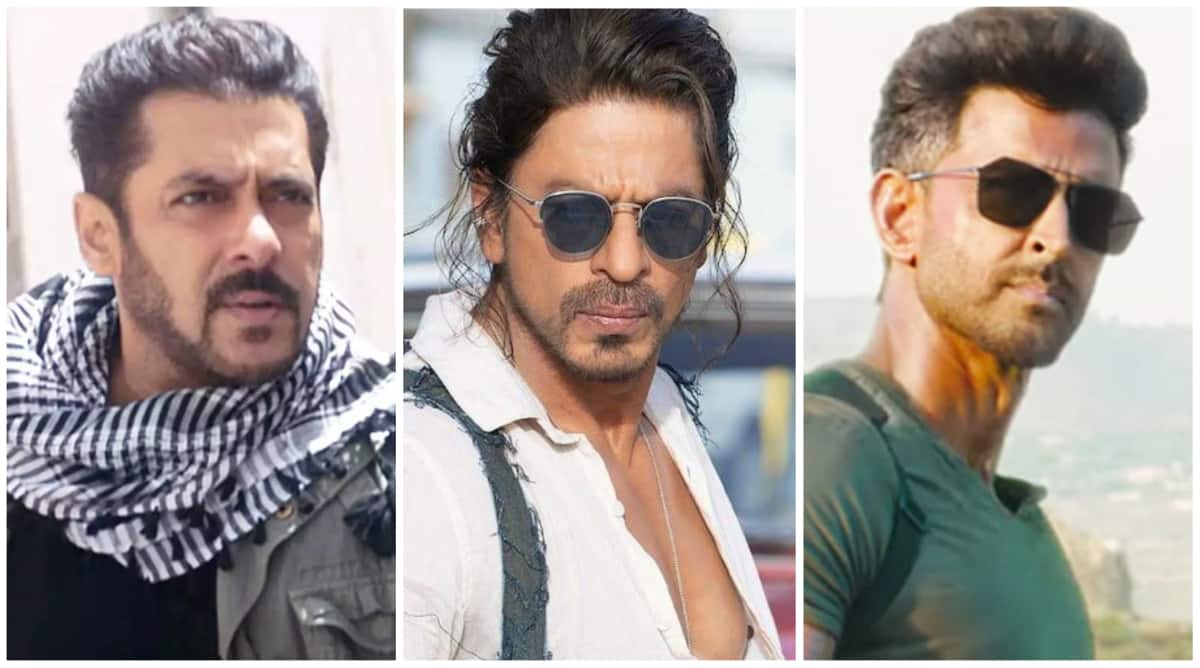 Salman Khan and Hrithik Roshan are expected to make cameos in Shah Rukh Khan's Pathaan.
Listen to this article
Pathaan has the power to alter the industry, but is Shah Rukh Khan’s film too late to the shared universe party?
x
00:00
1x 1.5x 1.8x

More than a decade after Kevin Feige and the folks at Marvel introduced modern audiences to the concept of shared universes in films, India is finally catching on. But while all eyes are on Pathaan mostly for Shah Rukh Khan-related purposes, it’s important to remember that the film is practically an acid test for homegrown shared universes.

Thus far, we’ve had two major attempts at crafting interconnected franchises, and both of them have been put together retroactively, probably around the time when Marvel was at its peak. Director Rohit Shetty’s first Singham film was released in 2011, but it wasn’t until 2018’s Simmba that he first teased his grand plans. The build-up culminated with 2021’s Sooyavanshi, which united stars Ajay Devgn, Ranveer Singh and Akshay Kumar on the big screen, and made a fair chunk of change. Shetty will continue expanding the franchise on streaming, with the Sidharth Malhotra-led Indian Police Force, and a new movie that Ranveer recently said in an interview will blow the audience’s minds.

Elsewhere, producer Dinesh Vijan decided to expand the universe first established in the hit horror comedy Stree, but this one hasn’t quite taken off in the way that they would have liked. Roohi bombed and drew harsh critical reception, but it was the commercial underperformance of last year’s Bhediya that really raised some eyebrows. Things got so out of hand that they stopped calling it a horror comedy at all, choosing to describe the film as a ‘creature comedy’, and insisting that a Rs 70 crore gross was worth boasting about, despite a reported budget in the Rs 80 crore range.

Blowing one’s own trumpet was also a strategy that producer Karan Johar resorted to after his ambitious franchise-starter Brahmastra tapped out with over Rs 400 crore globally, a strong number, but only until you remember that it was produced on a reported budget of Rs 400 crore. Johar himself broke down how revenue is divided among distributors and producers and various other parties in a recent podcast appearance. The widely accepted rule-of-thumb is that a movie has to make twice its budget to start turning a profit. But since Brahmastra is expected to launch the ‘Astraverse’ series, which director Ayan Mukerji has said will include sequels, spinoffs, and streaming series, it needed to be a more undeniable hit in order to instill confidence in the venture. Regardless, Johar and the team continued to post box office figures for the movie, even as they insisted that reports of the budget being in the Rs 600 crore range were exaggerated and then said that the Rs 400 crore budget will go into any follow-up that is produced.

In Tamil Nadu, director Lokesh Kannagaraj has been largely successful in fashioning a shared universe himself, with the films Kaithi and Vikram, which have made a combined total of over Rs 500 crore. The series will continue with sequels to both these films, and the still-untitled Thalapthy 67, starring Vijay.

With the country’s biggest players pooling all their resources into a franchise model that is arguably losing its sheen abroad as well, there’s a lot riding on Pathaan’s shoulders, beyond the responsibility of resurrecting SRK’s career.

The film will firmly establish the YRF spy universe, which includes the two Tiger movies starring Salman Khan, and the hit action film War, starring Hrithik Roshan. War director Siddharth Anand is at the helm, with Anupriya Goenka and Ashutosh Rana reprising their roles from that film in Pathaan. But more attractively, Salman will appear as Tiger as well, and it’s all but guaranteed that Hrithik will cameo as his suave character Kabir. The promotional material hasn’t revealed anything yet, but it’s basically an open secret at this time that the movie will unite Shah Rukh, Salman and Hrithik in a giant action set-piece, setting the table for future movie that will only get bigger.

At least that the basic formula that this ‘series’ has been following. Ek Tha Tiger hasn’t aged quite well; it’s a corny romantic movie that thinks of itself as edgy, but it wasn’t until Tiger Zinda Hai that the series really found its footing. The second movie avoided all the mistakes of the first one, and did away with the cringe comedy and presented a more rooted spy narrative. War took the action to the next level, thanks to a bigger budget. But even then, there was no indication of what YRF was planning, maybe because they didn’t know themselves if three male superstars could ever be united in one movie.

Unlike the West, where the star system started disintegrating years ago, it has been historically difficult for Indian directors and producers to mount multi-starrers, especially when they require two or more actors of a similar stature sharing the screen. Blame egos or salary disputes, but the few occasions on which ensemble movies actually come together in India is when one star has a noticeably higher profile than the rest. Like the Housefull or Golmaal series.

Pathaan’s success could alter the industry. The star-studded Ramayana and Mahabharata films that they’ve been teasing for years could be given a much-needed vote of confidence. And nothing can unite the regional language industries in a more effortless manner than by intersecting franchises. We’ll find out on January 25.