A special screening of Kapil Sharma's "Kis Kisko Pyaar Karoon" has been organised in Hyderabad on Wednesday for Shah Rukh Khan, Kajol and the team of “Dilwale”. 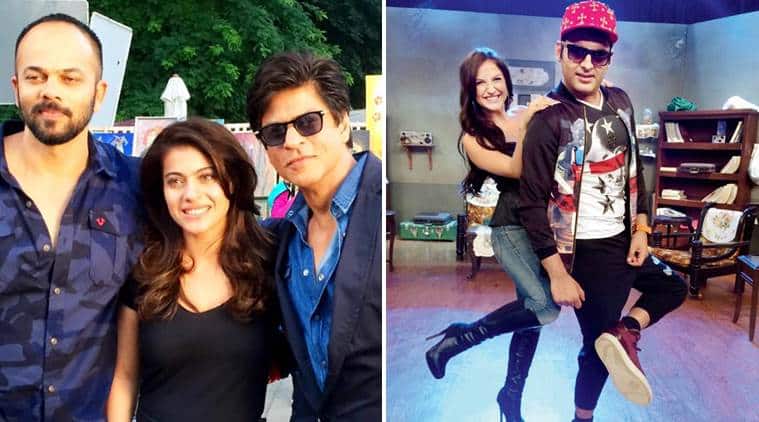 The whole cast of Kapil Sharma’s film, including Elli Avram and director duo Abbas-Mustan, will also be present at the screening along with Shah Rukh Khan and ‘Dilwale’ team.

A special screening of comedian and actor Kapil Sharma‘s debut film “Kis Kisko Pyaar Karoon” has been organised here on Wednesday for superstars Shah Rukh Khan, Kajol and the team of “Dilwale”.

The whole cast of Kapil’s film, including Elli Avram and director duo Abbas-Mustan, will also be present at the screening.

A spokesperson for the film confirmed the news to IANS, adding that the screening is being held in Hyderabad as Shah Rukh is busy with the shooting of “Dilwale” in the city.

“’Dilwale’ director Rohit Shetty, actors Varun Dhawan and Kriti Sanon will also be present for the screening,” the spokesperson shared.

Kapil shares a close camaraderie with the “Badshah” of Bollywood, and their personal bond was evident in the episodes of “Comedy Nights With Kapil” when SRK visited the TV show to promote his films.

In the film, Kapil, who is also known for his singing ability, will highlight the life of a flirt and how he keeps on juggling between relationships. The comic family entertainer “Kis Kisko Pyaar Karoon” is slated to release on Friday.