Kareena Kapoor took her former flame by surprise when she cordially greeted him by saying - 'Hello Shahid' at IIFA awards held in Tampa Bay. 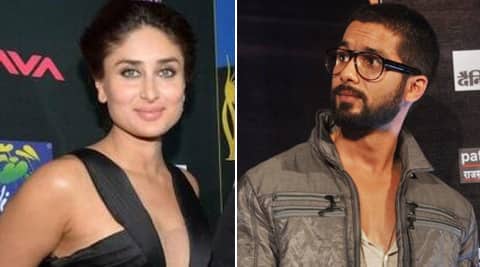 Ex-lovers Kareena Kapoor Khan and Shahid Kapoor were quite the talk of the town during the initial years of their careers. While they were dating, the couple openly talked about their relationship and plans for the future.

However, after a bitter breakup, both Kareena and Shahid kept their distance from each other. We hear even at public events and functions, the duo avoided crossing one another.

But, all that seems to be in the past now. The actors were recently at the same venue in Tampa Bay, Florida to attend the IIFA 2014 awards when Kareena, who was performing, came on stage only to bump into Shahid Kapoor, who was hosting the show along with Farhan Akhtar.

The actress took her former flame by surprise when she cordially greeted him by saying – ‘Hello Shahid’. However, post that Kareena Kapoor is said to have taken a seat backstage so as to avoid bumping into her ‘Jab We Met’ co-star and former beau once more.

Looks like both Kareena and Shahid have definitely moved on. Kareena is happily married to Saif Ali Khan, while Shahid has had quite a few attractive ladies attached to his name, with the likes of Priyanka Chopra and most recent, Sonakshi Sinha.

April 29 election round up: Have respect for Vikram Batra and his family, says Modi after invoking Kargil martyr’s slogan