Screenwriter-turned-director Devika Bhagat talks about creative fulfilment and what her debut film means to her. 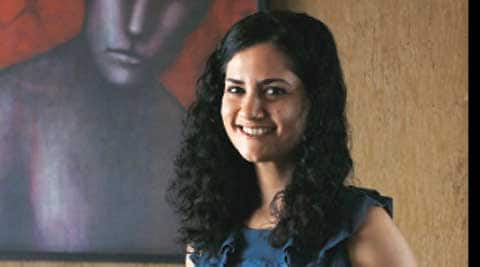 “I have enjoyed what I have done so far. But I remain unfulfilled as a creative person. A lot of films started on some point, but became something else by the time they showed up on screen,” says Devika Bhagat.

Devika Bhagat will not be a screenplay writer anymore. After scripting half-a-dozen Hindi films such as Manorama Six Feet Under, Bachna Ae Haseeno, Aisha, and Jab Tak Hai Ja an, Bhagat will be debuting as a director with One By Two. And she has decided that she will write scripts only for herself.

“I have enjoyed what I have done so far. But I remain unfulfilled as a creative person. A lot of films started on some point, but became something else by the time they showed up on screen,” says Bhagat. Perhaps this is why she feels that her body of work hardly embodies her. “After Manorama…, the idea was to write mainstream films to sustain myself financially and write small films that will quench my creative quest. But as luck would have it, the smaller films never got made, and I got the big Bollywood films on my resume. Most of them don’t represent me at all,” she adds.

Out of them, only Aisha, Manorama… and Mahi Way, the TV series satisfied her artistic spirit. “This (during Mahi Way) is when I searched my past as a fat teenager to write the show. The way people perceive and behave with a fat person taught me a lot as an individual, and I poured all of it out in the show.” But she is surprised by the criticism that Aisha received at the hands of movie critics. Her directorial venture, One By Two, she claims, is based on the uncertainty of chance.

Deriving from the hypothesis of ‘six degrees of separation’, the film is sort of an observant ode to the fate of a populace swimming through the sea of probability. It all started with a phone call from Abhay Deol, who started his career at the same time when she was taking baby steps in the industry.

“Abhay called me to abandon my laziness and meet him. Over a few hours, we threw some ideas at each other, some we liked, some we scrapped, and then both of us got excited about a certain idea. It stemmed from my observations of people all around me, and how chance plays a crucial role.  How people who may be staying close to each other, but never manage to meet, and then one day, years later, they will meet in some other city. And all the dots get connected. It sets the eyeballs rolling in amazement. It happened with my sister. It happened with me. My husband stayed in the building next to me, but we met after two years. It happened with so many of friends. I thought it tells a fascinating aspect of the modern generation, moving from one place to another,” she says.

But being the captain of the ship is not an easy task. The first day of shoot as director made her nervous. “I wanted to remain calm, since I didn’t want my unit to think I’m not sure of what I’m doing,” she says.

An alumni of New York University, Devika Bhagat never planned on becoming a writer. After moving to Mumbai, she started assisting on some films only to realise how stagnated she felt. She knew she wanted to write. “It was a script I wrote in my free time, and Imtiaz Ali happened to read it. He liked it so much that he offered me his next project. It never took off, but it gave me the confidence to write my scripts,” she adds.

The genre of romantic comedy seems like a safe choice for a debut film. “My next film would be a bit darker in theme, but right now, I want to see how much I have succeeded in my debut film,” she says.