Satish Kaushik says he got typecast in comedy quickly: ‘I played Calendar and everyone thought I can only make people laugh’

Actor-filmmaker Satish Kaushik got candid about experimenting with comedy and grey shades, being typecast for a long time and working with the new breed of artistes. 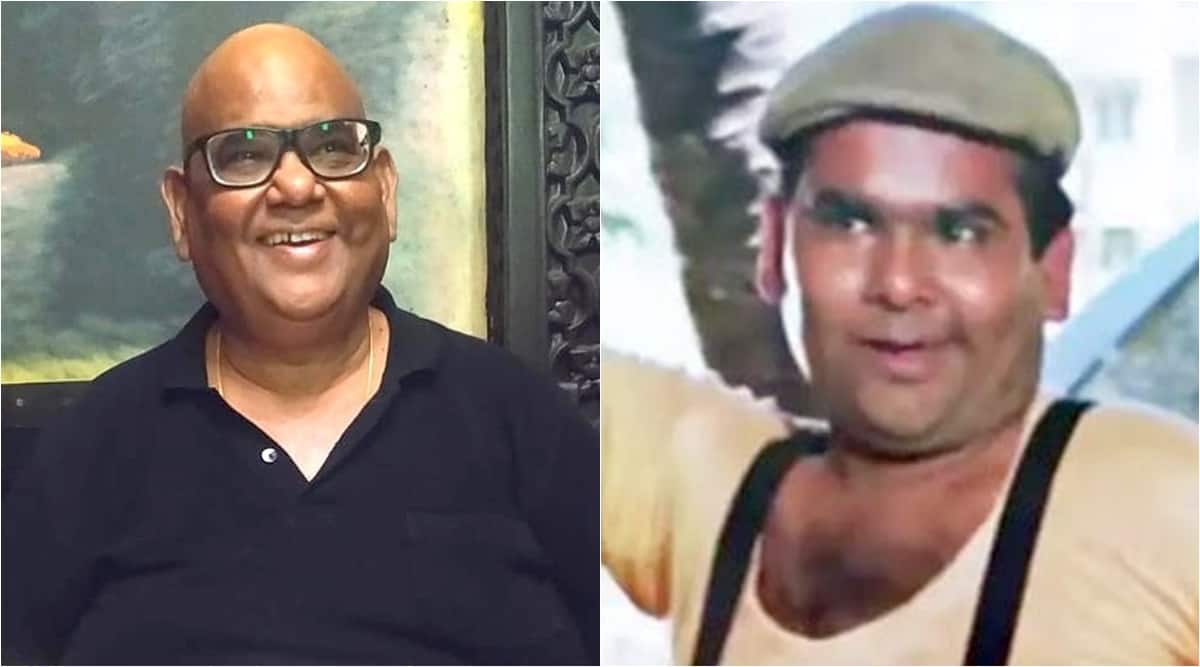 Satish Kaushik's Calendar from Mr. India is one of his most memorable roles. (Photo: Instagram/Satish Kaushik)

Ace actor-filmmaker Satish Kaushik reveals that writer Javed Akhtar once told him he should experiment more with negative characters. “Javed saab had seen me in a play titled ‘Giddh’ by Vijay Tendulkar. There, I played the cruel brother of Rohini Hattangadi,” he told indianexpress.com.

It took Kaushik, nearly two decades after his acting debut, to get a full-fledged part of an antagonist. “Sudhir Mishra was the first one to cast me in a negative role in Calcutta Mail (2003). I played Calendar in one movie, and everyone thought I can only make people laugh. And I ended up doing that in 150 films!” 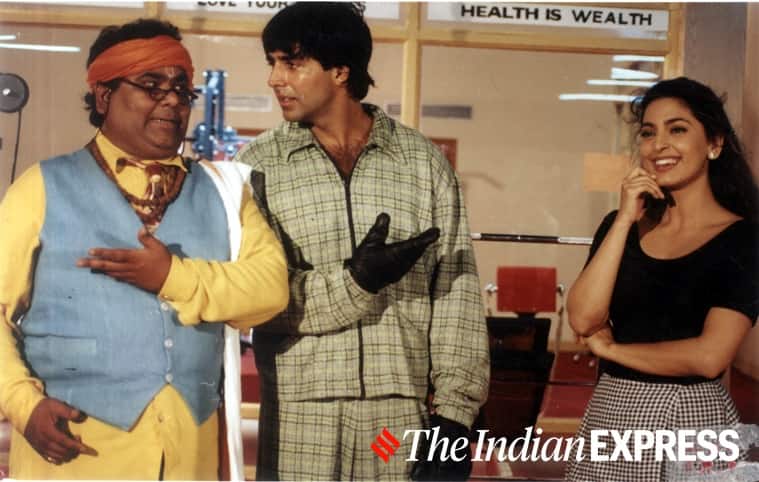 “Earlier, you could get typecast quickly. Like only Sujit Kumar played elder brother, Bindu and Nirupa Roy played sister-in-law, Gulshan Grover played conniving brother, comic roles were reserved for Asrani. During the times of Mehmood and Johnny Walker, comedians enjoyed a stardom and were even bigger than the lead actor. Mehmood was paid more than the main hero in many films. And he proved he can also play a leading man in Kunwara Baap.” 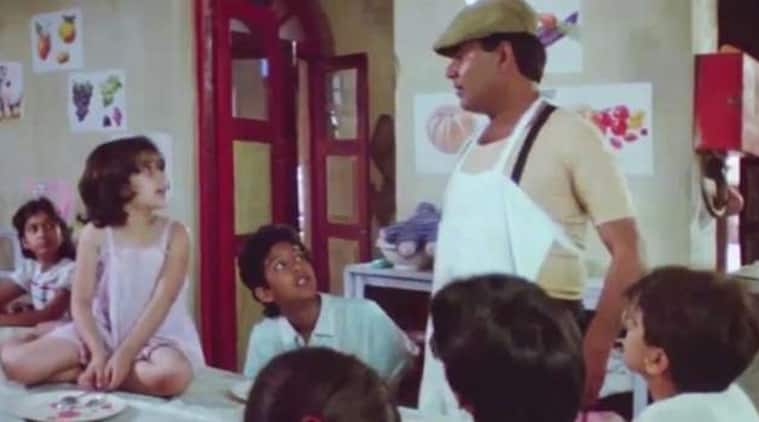 Satish Kaushik’s Calendar from Mr. India is one of his most memorable roles.

Satish Kaushik’s Mutthu Swamy in Saajan Chale Sasural (1996) enjoyed as much screen space as actor Govinda. He said such characters were no less than the main lead. “When the first poster of Saajan Chale Sasural came out featuring Govinda and me, people said I’m the second hero of the film. I felt it’s the biggest thing that could happen to me. Even the main heroes wanted the performance of character actors to be at par so that overall film works.”

Speaking further about how he slowly got typecast in comedy, until he eventually found his versatility over the years, Satish Kaushik said today lines have blurred with character outline being priority. “It is us who’ve created these definitions like “villains” and “negative roles”. It’s actually about the person you play. He can be a bad person with a great sense of humour. That’s why we also see gangsters with an interesting personality. Today, it is about playing a character who might be ruthless, yet quirky,” he shared. Satish Kaushik and Govinda in a sill from Rajaji. (Photo: Express Archives)

Satish Kaushik is gearing up to don grey shades in Zee5’s upcoming web show Bloody Brothers. The versatile artiste plays the role of gangster Handa, who pulls the strings of Jaggi (Jaideep Ahlawat) and Daljeet’s (Mohammed Zeeshan Ayyub) lives after the two get embroiled in a murder mystery.

“Handa is so much into himself. He’s a ruthless gangster, but an interesting man. Sometimes you find dark characters juicy too. He smokes cigar, plays billiards,” he shared.

Citing that he doesn’t know how to play billiards, but he tried to do that onscreen, which made it exciting for him. “Jaideep and Zeeshan play it well. I know Jaideep for so many years, Zeeshan is my NSD junior. During shooting, I asked them to teach me too. So now I’m getting to do characters where I play golf, billiards. I didn’t get to do these things while doing funny roles. But since cinema is changing, directors are trusting me with unique roles.”

Kaushik has teamed up with director Shaad Ali in Bloody Brothers. Expressing that he’s ready to learn the evolving tricks of trade from the new generations of actors and filmmakers, he revealed that Shaad always wished to collaborate with him. “I’ve known Shaad through the get-togethers at Shabana Azmi’s house. Post shoot, they weren’t sure if I’ll party with them. But I used to be the first one to land up (laughs). They loved listening to my career experiences. We even bonded over Jaane Bhi Do Yaaro. Infact Jaideep remembers the film scene by scene. I wrote its dialogues in 1980s and was paid Rs 1,500 for that. It is a classic today that was made at a budget of seven lakhs,” Kaushik recalled.

Satish Kaushik has successfully collaborated with industry biggies like filmmakers Boney Kapoor and David Dhawan, and actors Govinda and Anil Kapoor. He reiterated that today, we might or might not find an audience for the kind of stories that were told in the 1990s-2000s. He said back then, “only 4-5 basic stories were rehashed again and again”. But with the advent of OTT, filmmakers have got more freedom.

“If you tried to tell a different story, it didn’t work that time. Today, all you need is a different subject. That was an innocent age. One didn’t have many choices. We didn’t have an exposure to world cinema,” he said. 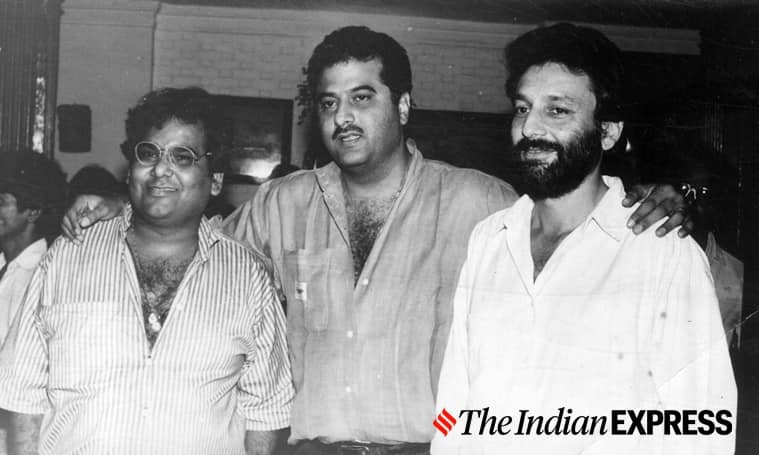 According to Kaushik, “there was a mystic and mysterious quality about cinema” but today, public knows enough about filmmaking techniques. He backed his point with an example from 1987 blockbuster Mr. India.

“When Mr. India was made, nobody knew how that statue of Hanuman rose in the air and kicked those men. We can see its wire today, but nobody noticed then. We couldn’t erase the wire because there wasn’t any technology. Today, audience has become much more aware. That’s why the responsibility of a filmmaker has become very tedious,” he said.

Shashi Kapoor: The humble artist who once refused a National Award because he felt his ‘performance was not competent enough’