Want to know what celebrities and fans have said about the trailer of Ranbir Kapoor starrer Sanju? Follow our blog for all the updates about the Rajkumar Hirani directorial.

Here are all the updates on Ranbir Kapoor starrer Sanju.

The trailer of Sanju released amid fanfare on Wednesday, and within minutes, inundated the social media with outstanding reactions and applause for Ranbir Kapoor from fans and critics alike. The actor, who impersonates Sanjay Dutt in the biopic is infusing life into his part and many have tagged him as the best bet for the role in this Rajkumar Hirani directorial.

The trailer arrives after the makes had already teased the fans with a series of character posters and a short teaser. Sanju is all set to explore the ups and downs of Sanjay Dutt’s tumultuous life from his early Bollywood days to the time he was released from jail in 2016. Sanju also stars Manisha Koirala in the role of Sanjay’s mother Nargis Dutt, Paresh Rawal as Sunil Dutt, Sonam Kapoor as his love interest and Vicky Kaushal as his best friend. Anushka Sharma, Karishma Tanna and Jim Sarbh are also said to be appearing in cameo roles in the film.

While the teaser for the film had left fans excited for Ranbir Kapoor’s near-perfect act as Sanjay Dutt, the trailer has taken the excitement one notch higher. Sanju will hit the theatres on June 29.

Follow all the reactions to the trailer of Ranbir Kapoor’s Sanju on this LIVE blog:

The magician is back. Congratulations sir @RajkumarHirani for yet another blockbuster. #RanbeerKapoor looks phenomenal. It’s not everyday that an actor gets a part like this...& RK does full justice. https://t.co/Vog0HTvXgY

The cast of Rajkumar Hirani's Sanju pose for shutterbugs 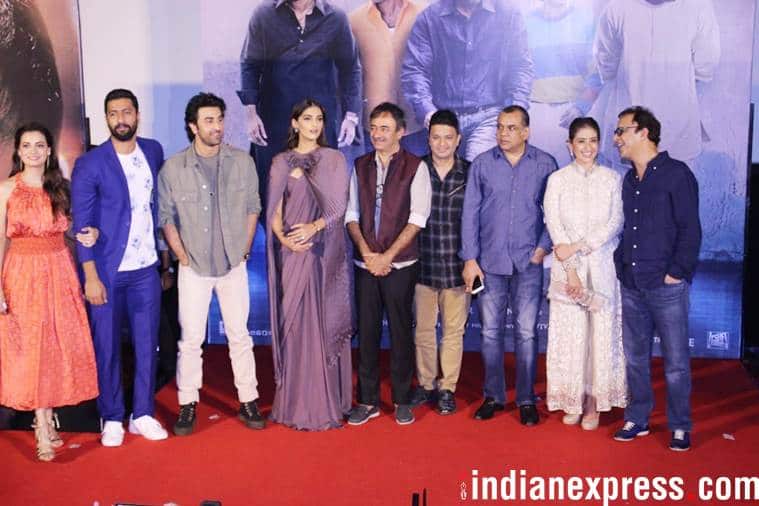 Director Ashwini Iyer Tiwari is all praise for Sanju trailer. The director took to Twitter and shared, "Sanju trailer is that feeling when you see something so beautiful and all you say is WOW. Looking forward to see all these beautiful characters unfold in a story that needs to be told. Congratulations Rajkumar Hirani, Abhijat Joshi and Ranbir Kapoor."

Indianexpress.com's Swati says, "Applause to Ranbir Kapoor for amazingly taking us through the journey of Sanjay Dutt's life. Right from his looks to voice to dialogue delivery and personality, Ranbir has phenomenally replicated himself into Sanjay Dutt. But the trailer misses to stand by its 'biopic' vibes. A biopic or an explanation for Sanjay Dutt's jail term? The film seems to be a complete entertainer but also an overly decked up 'Bollywood biopic'." 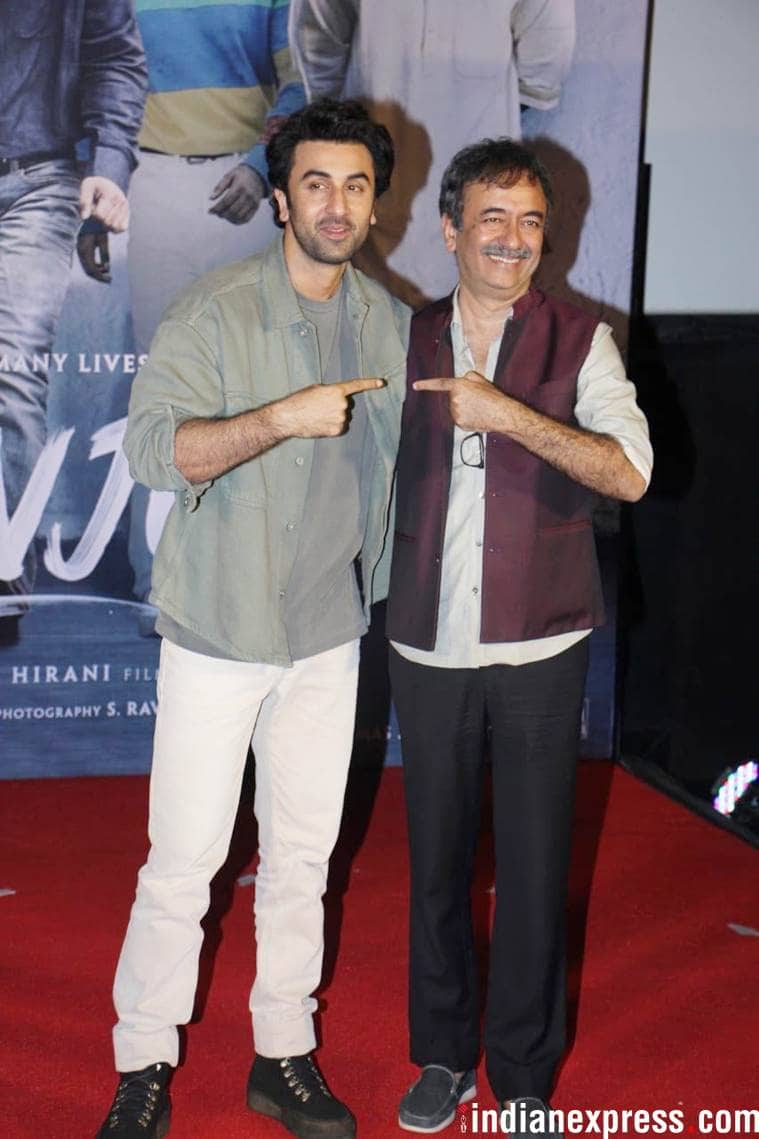 Ranbir Kapoor plays Sanjay Dutt in Rajkumar Hirani's Sanju. The actor has impressed everyone with his act.

Wow!!! Take a bow @RajkumarHirani #RanbirKapoor @VVCFilms #AbhijatJoshi If the trailer is sooooo good, what will the film be. Every frame ever moment is spectacular! #SanjuTrailer https://t.co/jo3JP0yZ5I

Indianexpress.com's Mimansa says, "The much-awaited trailer of Sanju released amid a lot of expectations and it has left everyone awestruck. From his body language to his mannerisms, Ranbir Kapoor is breathing life into the character in the trailer. While the film promises to show the unknown and controversial side of Dutt, with special mention to his involvement in the 1993 Mumbai blasts, Ranbir in the titular role seems to be the best bet. His performance is powerful and we see a winner already. Actor Vicky Kaushal is winning hearts too in the supporting role. We just cannot wait for the film to release on June 29."

What a trailer !!! #Sanju !! Too all those who haven't seen the trailer watch it . #RanbirKapoor is outstanding in the trailer !!! Can't wait for the movie ! https://t.co/h5Eflu8qIB… #Sanju trailer

I'd buy a ticket again and again to watch JUST this trailer over and over again, that's how good it is! Now, can't wait for this film #Sanju @RajkumarHirani #RanbirKapoorhttps://t.co/6P78wmhwJI

Indianexpress.com's Arushi says, "After a disappointing teaser of Sanju, the trailer of Ranbir Kapoor starrer is impressive in portions. It is Ranbir's performance which keeps you hooked to the three minutes long trailer and the intriguing life of Sanjay Dutt pulls you to this Rajkumar Hirani's directorial. The background score is impressive. Other than Ranbir, Vicky Kaushal and Paresh Rawal seem to have got the essence of their characters right."

Shraddha Kapoor is quite impressed with Sanju trailer

Indianexpress.com's Shivangi says, "The high point of Sanju is definitely Ranbir Kapoor's compelling performance. Even after the difficulties around impersonating living personalities on screen, Ranbir nails Sanjay Dutt's character to the T. Unlike his previous lover boy roles, this time, Ranbir explores the unchartered territory of the ups and downs of Sanjay Dutt's life. Credit also goes to the rest of the cast, Vicky Kaushal especially stands out in his spunky avatar, Manisha Koirala is unrecognisable as Nargis while Paresh Rawal, Sonam Kapoor, Jim Sarbh, Boman Irani and Anushka Sharma seem to be in for a ride."

Indianexpress.com's Kameshwari says, "After Barfi, the one act from Ranbir Kapoor that looks simply mind boggling is him playing Sanjay Dutt in the Rajkumar Hirani film Sanju. While each and every part of the trailer has our eyes glued on to the screen, the conviction with which Ranbir has portrayed the jail sequences in the trailer is totally gut wrenching. It shows his power as an actor. Director Rajkumar Hirani is an expert in blending real life drama into comedy and this ride seems worth to be taken. We just cannot wait for the release of Sanju."

Ahead of the Ranbir Kapoor-starrer Sanju's trailer release on May 30, director Rajkumar Hirani had posted various character posters of Anushka Sharma, Paresh Rawal, Vicky Kaushal and Sonam Kapoor on his social media handles. Sanju is due for release on June 29.