Salman Khan news on May 19

Salman Khan news on May 19: Do you wish to be informed about everything that is happening with the Bollywood superstar, be it new projects, latest news, gossip and other updates? Then you are at the right place.

Salman Khan has his critics, but few in good conscience can deny his appeal to millions of Indians and box office prowess. He is one of the few Bollywood stars whose very presence in a movie is enough to start a buzz about it at least. If he is in a starring role, it is all but certain that that film is going to be a blockbuster. And in these uncertain times when masala films do not necessarily work, Sallu can make it work by just showing up.

The Bhai of Bollywood, as he is known by his army of fans, has a public persona of a macho man with a good heart, and pretty much every character he has played for more than a decade has resembled that persona.

And it has worked wonders for him. In the list of top 20 highest-grossing Hindi films ever, he has an impressive six films. His character Chulbul Pandey, a cop who is basically a superhero, has been firmly established in the zeitgeist of the 21st century as one of modern cinema’s most popular characters.

Are you a Salman Khan fan? Do you wish to be informed about everything that is happening with the superstar, be it new projects, latest news, gossip and other updates? Then you are at the right place.

Jacqueline Fernandez and Salman Khan recently featured in a single called "Tere Bina," which was shot at Khan's Panvel farmhouse. In an interview with Hindustan Times, Fernandez said, "The song was simply magical and the way it was shot was a unique experience in itself. We are used to shooting for songs with big production set-ups which take weeks of preparations. The whole experience from the first day of shoot was completely fulfilling and a lot of hard work has been put into it by all of us. I am glad that it turned out the way we envisioned it." 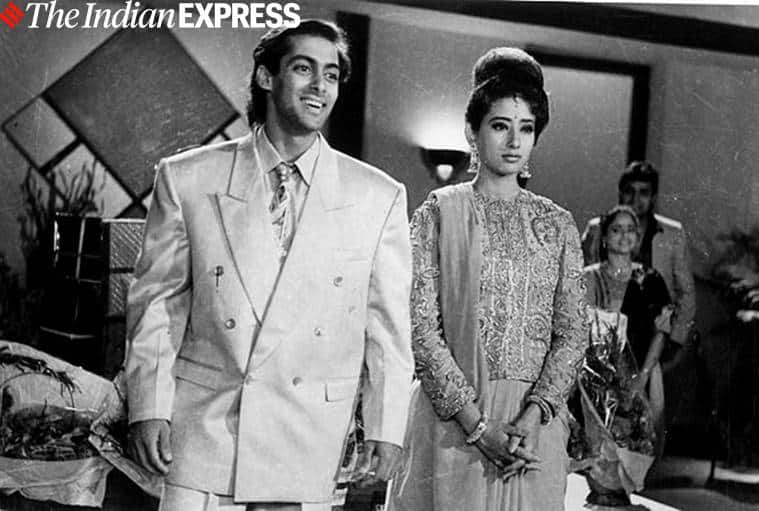 Shoaib Akhtar "If ever my biopic is made, I want Salman Khan to play the lead in it"

Fans are waiting for further updates on Salman Khan's film Radhe: Your Most Wanted Bhai. However, the film is yet to be completed. Sources revealed to Deccan Chronicle, "Some more sequences have to be shot for the film that can be done in India, but the locations will need to match. The two songs need some very good locations; Thailand and Azerbaijan were on top of Bhai’s mind for the locations, but they didn’t happen. The Radhe team shot some portions in Mumbai, but it does seem that Salman needs those shoots abroad to ensure that the film is complete in all respects. Only after the shoot is over will the film go in for post-production, which will be a time-consuming process. The dubbing, VFX and other post-production work is also to be done, which will take a good 60 days at good speed from start to finish, including the censor of the film."

Salman Khan dances with Sushmita Sen in this throwback video

Salman Khan is known to throw the best birthday parties. One of the most memorable moment for his fans was when Sushmita Sen arrived at one of his birthday parties and the two danced together.

“Whenever life gives us a chance to sit it out or dance...WE DANCE” 👊🎵😄The journey from falling in love with #Prem on screen in Maine Pyar kiya #1989 to sharing the screen with him in Maine Pyaar Kyun Kiya #2005 😄❤️💋what a destined journey indeed!!! 😇💃🏻Happy Birthday to a man who never stopped celebrating ‘Being Human’ 😊👏🥰 Have a blessed year @beingsalmankhan ❤️Know that I will ALWAYS love you!!! #friendforlife #happybirthday #duggadugga 🎉❤️💃🏻mmuuuaaah!!! Here we see a young Salman Khan in a never-seen before photo. (Photo: Express Archive)

Salman Khan was recently interviewed by Waluscha who is also living with the actor in his Panvel farmhouse. 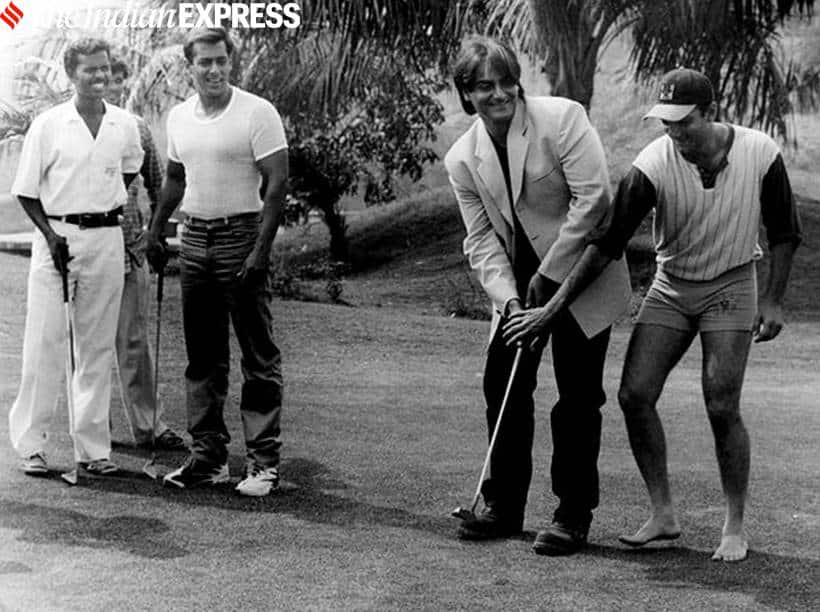 In a photo from the sets of Hello Brother, Salman Khan can be seen playing golf with brothers Sohail Khan and Arbaaz Khan. (Photo: Express Archive)

Netflix India hosted a watch party for Andaz Apna Apna, starring Aamir Khan and Salman Khan. On Twitter, they shared one of the best scenes of Salman from the film.

Zareen Khan: I thank Salman for giving me opportunity

"It's been a rollercoaster ride. I am somebody who never dreamed of being a part of this industry. I thank Salman for giving me the opportunity. I never thought that I could be a part of the film world without him," Zareen Khan told IANS.

Salman Khan and Jacqueline Fernandez song Tere Bina is still trending on YouTube. In 6 days, the song has garnered over 25 million views.

Rare photo of Salman Khan and Yash Chopra at an event 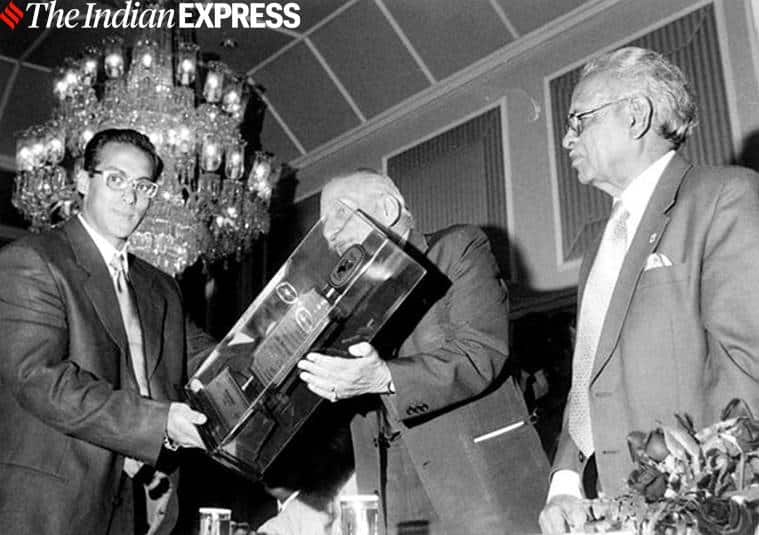 Iulia Vantur to host Salman Khan on a chat show?

Iulia Vantur has been approached by production house Banijay Asia to host a chat show which will focus on what goes into the making of a Bollywood superstar, Mid-Day reported. A source revealed that the team is keen to open the show with Salman Khan.

Television actor Aansh Arora has filed a complaint at Oshiwara Police Station, Mumbai, against an imposter who claimed to be from Salman Khan Films. Aansh told IANS, "She told me that she's leading the casting of Salman Khan Films' production Ek Tha Tiger 3 and they wanted to audition me for the lead negative role. She briefed me (on) the character and story as well." He added, "When I saw Salman Khan's tweet that neither he nor Salman Khan Films production were casting for any film currently -- I realised (the truth)."

In a video shared by Gulf Today, Salman Khan asked his fans in Abu Dhabi to stay safe, stay home and only go out when needed. The actor asked his fans to act like a hero by staying at home.