Salman Khan says snake bit him thrice, but they parted as friends: ‘I clicked a photo with it’

Happy Birthday Salman Khan: The actor announced Pavanputra Bhaijaan, the sequel to Bajrangi Bhaijaan, and also hinted that there will be No Entry 2. Salman also spoke about the snake bite incident. 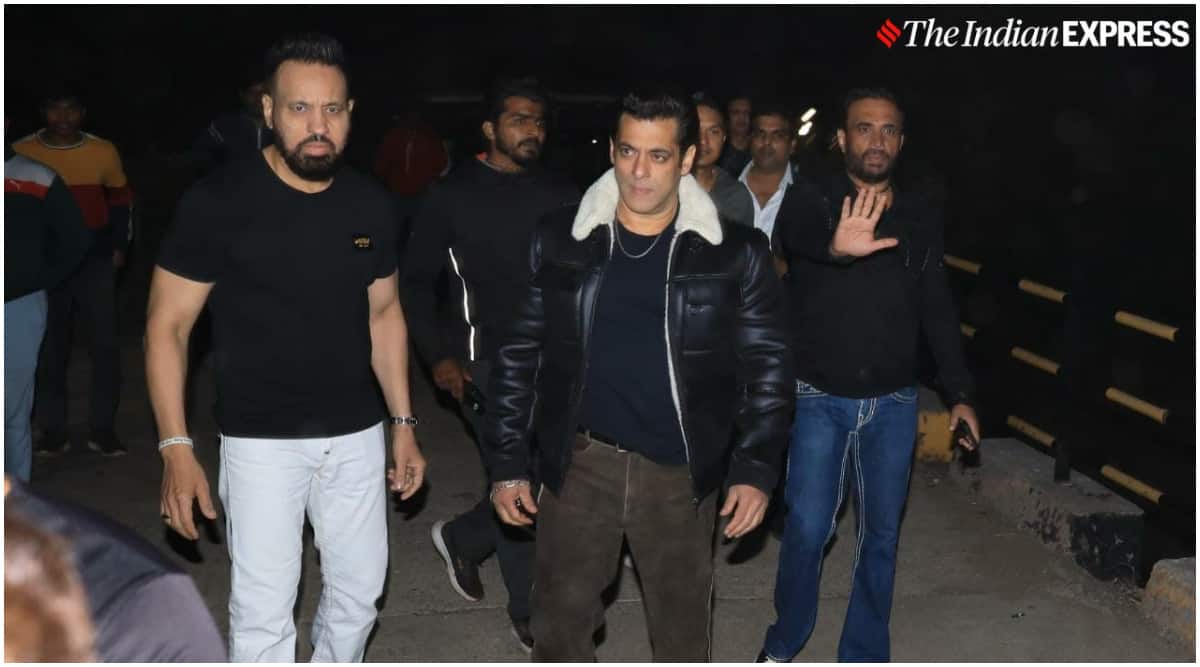 Salman Khan interacted with the media on the occasion of his 56 today. (Photo: Varinder Chawla)

Salman Khan brought in his 56th birthday in the wee hours of Monday morning at his Panvel farmhouse with his family. As the custom goes, the actor interacted with the media that had been stationed outside his residence. Here, he was asked whether there was any truth to rumours that he is doing an SS Rajamouli film.

While Salman dismissed the claims, he had a Bajrangi Bhaijaan and Pathaan update. “No there is nothing like that. If it happens it will be great as Rajamouli is a very good director. But I am definitely working with his father, K.V. Vijayendra Prasad. He has written the script of Bajrangi Bhaijaan (2016), and now he is writing its sequel too, and has named it Pavanputra Bhaijaan. As soon as he completes it, and I complete shooting these two films (Tiger 3 and Kabhi Eid Kabhi Diwali), I’ll start shooting it. There might also be a sequel of No Entry. Tiger should release by December 2022.” He also mentioned that Shah Rukh Khan’s Pathan will come before that. He is doing a cameo in the film that also stars Deepika Padukone and John Abraham.

Talking about the snake bite, Salman gave details and shared that he is fine and that he left the snake in the woods. He said, “It wasn’t much, a snake had entered one of the rooms, the farmhouse is quite in the jungle in Panvel. When the snake entered the room, kids got scared so I went in to see and asked for a stick, the stick that came was a small one so I asked for a longer stick, and they got one, with which I picked up the snake with a lot of love and brought it out, and the snake wrapped itself on the stick and then it started climbing upwards. It came quite close to my hand so I caught it with my other hand and dropped the stick to be able to leave the snake (in the jungle).”

Salman, known for his dry humour, then gave details about how the reptile bit him. He said, “The villagers around know what snakes come around. This was a Kandhari snake, and they started screaming ‘kandhari, kandhari, kandhari’. That’s when the snake bit me once, then there was more chaos when they screamed ‘chaavla, chaavla, chaavla’ (the snake has bit), that’s when the snake bit me again. Then they all screamed ‘hospital, hospital, hospital’, saying that I should be taken to a hospital quickly. There was so much commotion, the snake was a bit venomous, and it bit me again. I was taken to the hospital, and there we came to know that it is a different kind of snake, not the great kandhari.”

“On returning from the hospital, we saw that the snake was still here, and we took it back to the jungle. I am doing fine now, I have taken an anti-venom for almost all snakes like great (kandhari/cobra), viper, because we were not sure if it a poisonous snake or not, just by looking at it. After giving me the shot I was kept there for six hours for observation,” he added.

Then Salman thanked the hospital staff that treated him. The actor was taken to MGM Hospital in Kamothe, New Mumbai. He said, “My sister was quite scared, but I made friends with the snake and got a picture clicked with it. It must have also bit me because it was scared. It was good that this hospital was very quick. They were well equipped, they had an anti-venom for all kind of snake bites. Our commissioner of police — Bipin Kumar sir, our MLA Sandeep Naik, all rushed to the hospital too, and it helped a lot.”

Salman’s father Salim Khan on Sunday had confirmed with the press that after the snake bite, ‘Salman was fine and cheerful’. Talking about it, Salman said, “When my dad (veteran screenwriter Salim Khan) came to know about this incident, he called to ask if the snake is fine and alive. So I told him Tiger (from the actor’s Tiger Zinda Hai) and the snake both are alive (chuckles). We did not hurt the snake, we made sure we handled it with utmost care and love.”

Salman also shared his plan for the New Year’s. “It is all going to be about spending time with family, as they are all here. I first wanted to meet my mother, but it took some time, but she was the first one to wish me on my birthday. It is my birthday and I am feeling good to be surrounded by my family. But, now, because there is a new variant (of Covid-19) Omicron around, we made sure that everyone here who has joined us, every member of the family, gets a rapid test done, and all of us are safe here. We’ll be here for a few more days and then get back to work. As the New Year sets in, Tiger (3) shoot will resume. We’ll see what all films to give the audiences next year,” Salman concluded.

Jharkhand: ‘Government at your doorsteps’ scheme a ray of hope for many but issues remain