When Salim Khan revealed why he and Javed Akhtar split: ‘I told him I can take care of myself’

Salim Khan and Javed Akhtar ended their partnership in 1982 after 12 years, and the reasons behind it have always been a bit of a mystery. Here's what Salim said about the split. 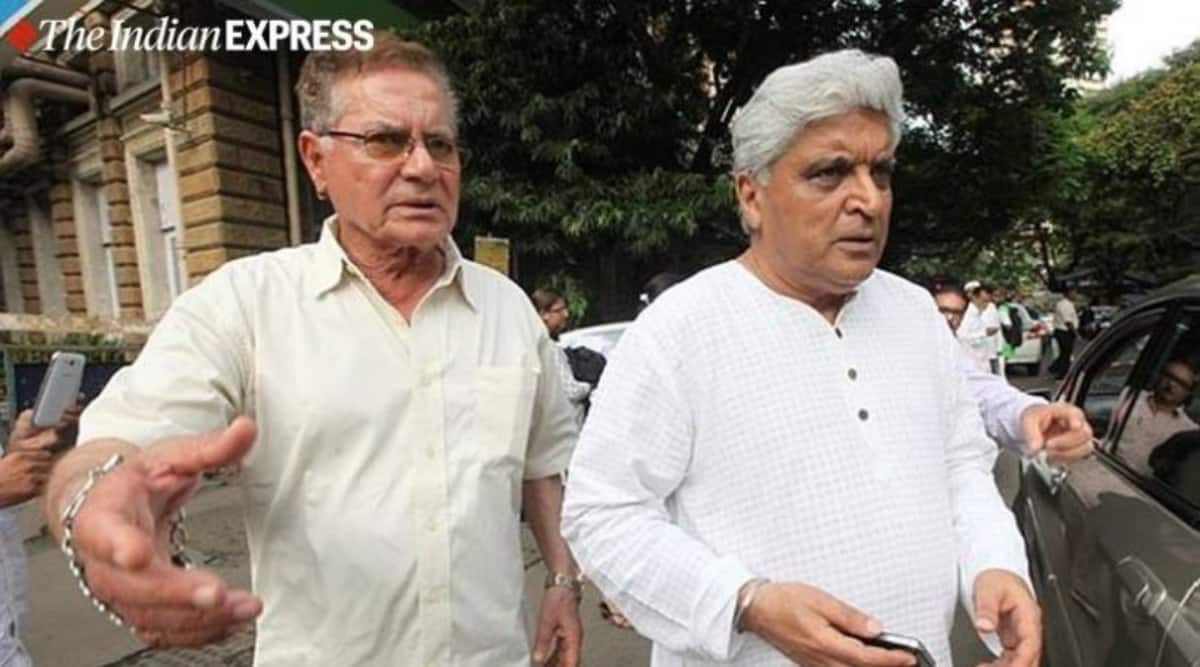 Salim Khan and Javed Akhtar’s legendary partnership during the 70’s had led to some of the most iconic and intense films Bollywood had ever seen — Sholay, Zanjeer, Mr India and Don, to name a few. The duo ended their partnership in 1982 after 12 years, and the reasons behind it have always been a bit of a mystery.

In an old interview to Etc, Salim Khan recalled how the matter came about. “Every box has an expiry date– this also had one. We were near Javed’s house one evening when Javed told me he wanted to split, that he’d been thinking about it for some time now. I got up, shook hands with him and started walking towards my car. He also started to walk with me, but I held him, turned him towards his house and said, ‘I can look after myself.’ I came back home and didn’t tell anyone about it. The next evening, calls started coming in asking about the split. I asked Javed whether he told anyone, he said only a few friends knew. It was only after a few days that I announced the split.”

But what was the reason behind ending such a wonderful and successful association? One possible reason was that Javed Akhtar, who was also a lyricist, wanted to extend their partnership to this field as well. “Javed wanted to use this partnership to start writing lyrics too. I hadn’t consented to the use of my name for something that I had no interest in and knew nothing about. I told him to restrict the partnership to script-writing, while he could write lyrics on his own.” explained Salim Khan.

While Javed was better prepared for the split and did films with Ramesh Sippy, Rahul Rawail, Yash Chopra and Subhash Ghai in the years after the split, Salim was caught on the wrong foot. He went on a long sabbatical to London, and hardly found any work when he returned. “When I returned, it was the telephone that reminded me how easily people forget. There was a time when I’d make my drink, and then keep the phone off the hook. And here I was, checking the phone every now and then to see if it was working.” Salim had commented then.

His next film after Shakti – credited Salim-Javed — was Naam that came out 4 years later. It was quite a comeback and established him once again in the industry. Amitabh in an interview had said that the intensity of Salim-Javed was never captured again, “It’s a shame that they parted ways, they were truly unbeatable. Quite often, the media would conjecture – what will happen to Amitabh Bachchan without Salim–Javed? Really, once they separated I couldn’t ever get that kind of intensity again, that power was missing.”

Salim Khan’s son, Arbaaz Khan, addressed the rift during his show Pinch, with Javed Akhtar’s son, Farhan Akhtar. Speaking about the Salim Khan-Javed Akhtar split, Farhan said, “I find it incredible that whatever happened between Salim saab and us, it never trickled down to us. I never knew when the split happened. As years went by, I saw Salim saab wasn’t coming home and that we weren’t going over to his place.” Arbaaz added that this rift didn’t come down to him and Farhan, as they were always on good terms. Both of them came to the consensus that neither of them quite knew what went wrong with the popular writer duo, who had churned out some of the most iconic films of Bollywood.

Pujo fashion: Kajol hits it out of the park in this blue Anita Dongre sari