Here's what fans and celebrities said about the trailer of Prabhas and Shraddha Kapoor starrer Saaho.

Saaho marks the return of Prabhas to the big screen after Baahubali.

The makers of Saaho released its much awaited trailer today. The film marks the return of Prabhas to the big screen after he played Amarendra Baahubali in the path-breaking two-film franchise – Baahubali, which kept him busy for almost five years. The Sujeeth directorial is the Tollywood debut of Shraddha Kapoor.

Saaho has so far kept fans intrigued through its several sneak peek videos and stills. Touted to be one of the costliest Telugu films, Saaho is expected to be a high-octane action drama made on a budget of Rs 300 crores. Sources from the team say that Rs 90 crores have been spent on its Dubai schedule where major action sequences were shot.

Months back, pictures from the sets where we saw Prabhas taming a 765cc Triumph Street Triple RS only set the internet on fire taking expectations from the film to greater heights.

Read all the updates about the trailer of Saaho.

Watch the Hindi trailer of Saaho
Have you seen the Saaho trailer yet?

Prabhas is playing the role of a cop but his character clearly has grey shades. He appears to be working outside the law in a few shots while fighting goons.

T-Series head Bhushan Kumar spoke about the music of the film and said, "Music is very important for T-Series. We composed the songs originally in Hindi and then they were translated in other languages."

'Now onwards I will do two films in a year'

The film was famously in the making for two years. Prabhas spoke about the same and said, "I didn't want to give two years to this film as I had given four years to Baahubali. But the action sequences demanded that much time from us. There is a lot of money invested in the films by my friends, I don't like it. But now onwards I will do two films in a year."

'Prabhas is a great person'

Director Sujeeth spoke about working with Prabhas, "Prabhas is a great person. He is amazing. Working with him was easier than I thought it would be. I don't know him as a star. I know him as a person. It was a great experience."

'Working with Prabhas has been great'

Shraddha Kapoor reminisced her shooting days and said, "UV Films have treated me like family and Hyderabad became like my second home. It was exciting for me to go to Hyderabad every time we were shooting as everybody is so kind. Working with Prabhas has been great. Everyone knows that he is such a big star and he is all heart."

'Shraddha has helped me a lot in Hindi'

Prabhas shared at the trailer launch, "I haven't helped Shraddha in Telugu much but Shraddha has helped me a lot in Hindi."

'Saaho is nothing compared to Baahubali'

Prabhas spoke about comparisons with Baahubali and said, "Baahubali has made history, but with Saaho we only want to entertain the audience. It is nothing compared to Baahubali."

Shraddha Kapoor on her action avatar in Saaho

Shraddha Kapoor said, "As much action as the script demanded, I have done that much action in this film. I am in very good hands as you have seen in the trailer."

'Saaho based on a strong screenplay'

"Coming out of Baahubali was not easy. We took two years to make this film, and my fans will kill me for that. Sujeeth has done a great job with this film. It is based on a strong screenplay. There are so many twists and turns. I hope my fans love it," Prabhas shared.

Prabhas shared at the trailer launch, "I am playing a police officer. I can read and write in Hindi but as we don't speak Hindi at home. It was difficult to manage."

Saaho to have over 4500 screens

Producers Bhushan Kumar and Anil Thadani said, "It will be one of the widest releases, we might have 4500+ screens in North India, and it will release in different languages."

T-Series head Bhushan Kumar said, "It is the biggest action film from India, so it is a proud moment for T-Series. We are venturing into the south cinema, so we are very proud today."

Saaho director thanks the audience

Saaho director Sujeeth said, "I would like to thank everyone. I am feeling the pressure now. Making the movie is not that much of a pressure. I will be relieved when the film releases."

'I hope everybody likes the trailer'

Prabhas on his first Hindi film, "I am really very nervous, but I hope everybody likes the trailer." 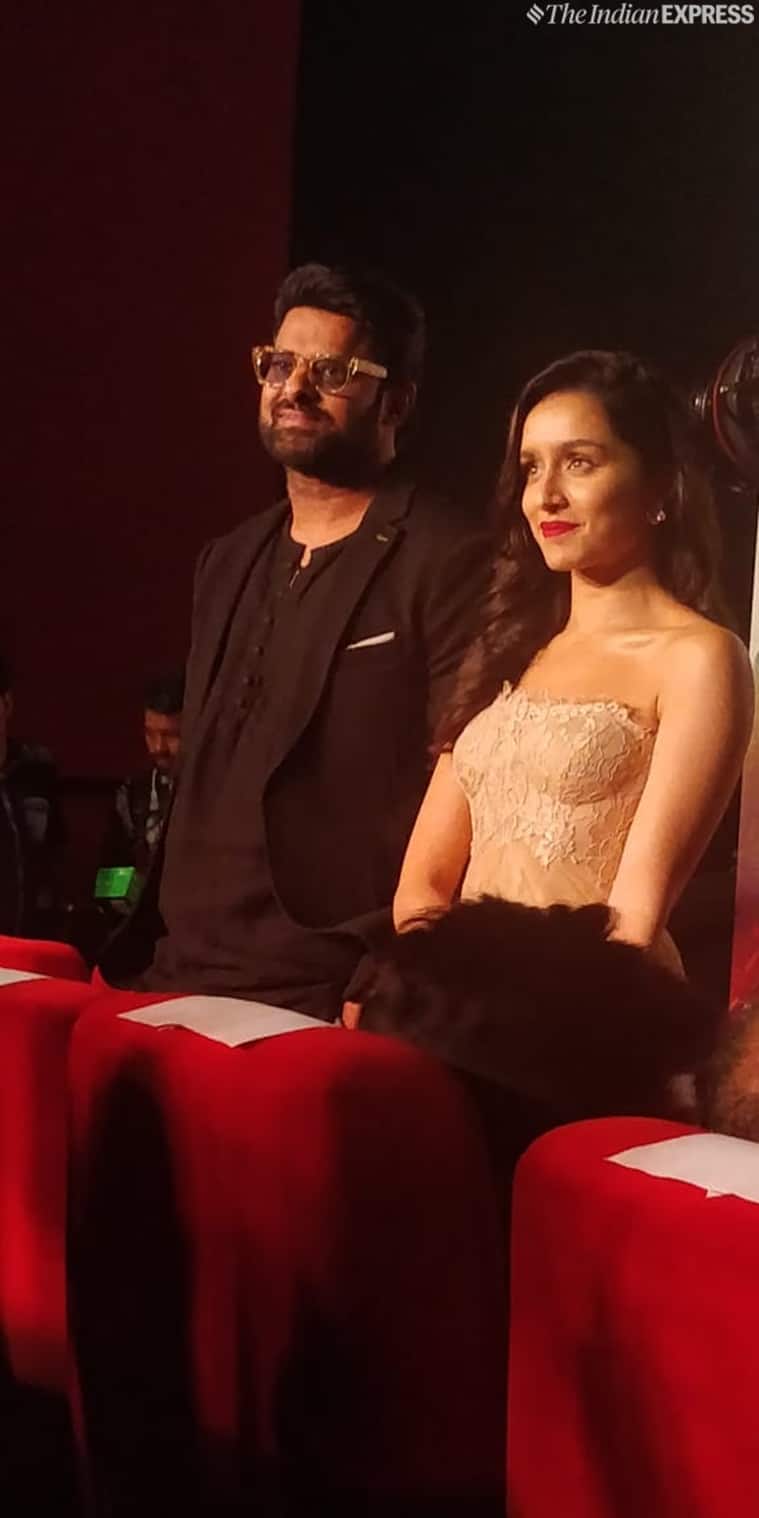 T-Series head Bhushan Kumar had earlier told indianexpress.com, “Saaho has some great songs. There is a song with Badshah and Jacqueline Fernandez in a guest appearance with Prabhas. It is a very good song. All the songs of the album are great and I have been creatively involved with all of them” 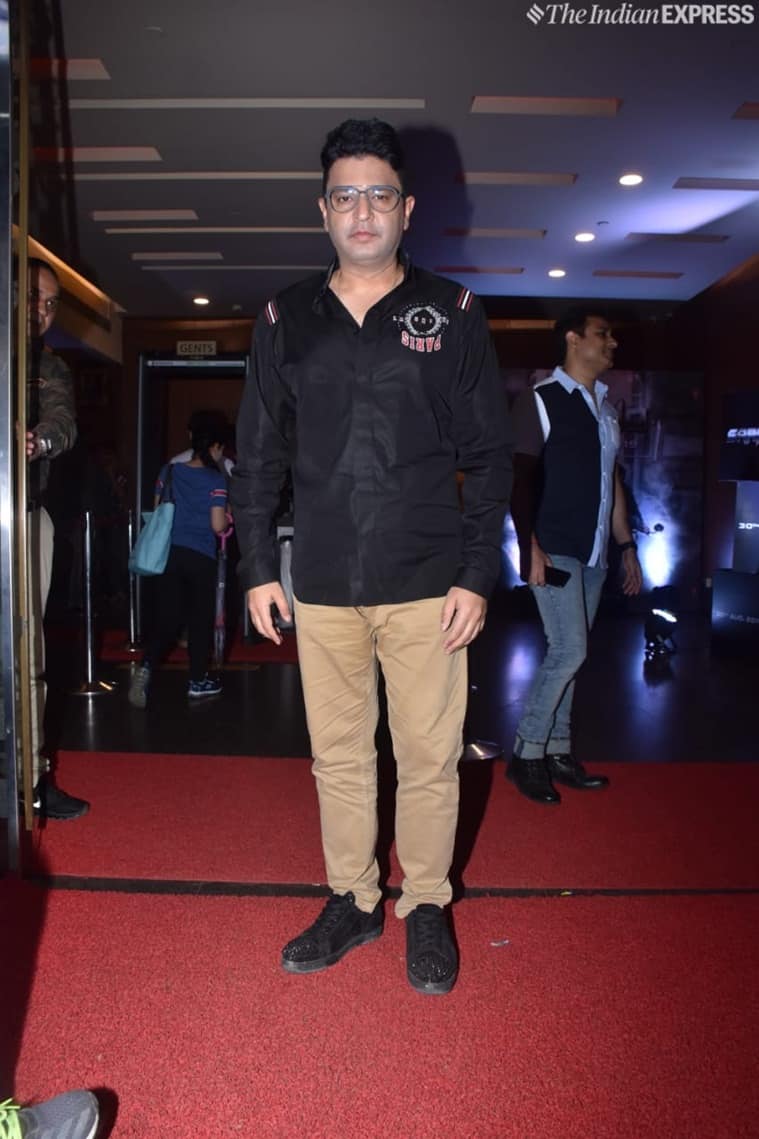 The stage is set for the grand trailer launch of #Saaho in Mumbai. Stay tuned for more updates! 👊🏻#SaahoTrailerDay #30AugWithSaaho pic.twitter.com/IZE74bk7Rm

Shraddha Kapoor is all set for the trailer launch

Shraddha Kapoor posted a photo on social media as she posted a photo with the caption, "The greatest thing to learn is just to love and be loved in return ❤️" 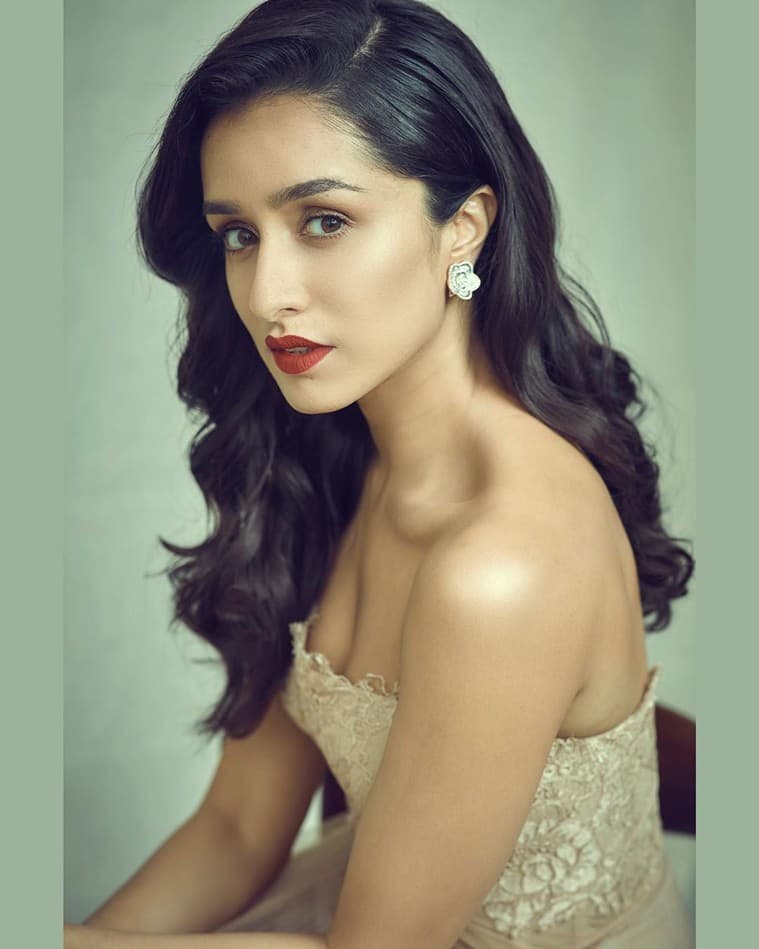 Saaho trailer to be launched soon

The trailer of Prabhas starrer Saaho will be out soon. The film is all set to release on August 30. It was earlier scheduled to release on August 15 but was then postponed. Prabhas had earlier expressed his gratitude on social media as he wrote, "A big thank you to all the actors, producers and directors of the films who have had to reschedule their release dates to accommodate #SaahoOnAugust30. Team #Saaho is grateful to you all, and we wish you all the very best for your releases. Love and Respect"

Saaho is being released in four languages – Telugu, Tamil, Malayalam and Hindi. Directed by Sujeeth, the film aims to please the audience all over the country since Prabhas is already loved for the Baahubali franchise.

The makers had recently released the solo posters of actors Arun Vijay, Neil Nitin Mukesh, Chunky Pandey and Jackie Shroff too. We also got to see the chemistry between Prabhas and Shraddha Kapoor in the film's romantic number "Enni Soni", sung by Guru Randhawa and Tulsi Kumar.

Produced by UV Creations and T-series, the film has been shot in Austria, Hyderabad, Mumbai, Abu Dhabi, Dubai, Romania and other parts of Europe.

Saaho was previously scheduled to release on August 15. But its makers pushed the date to month end. They said they are not ready to compromise with the content and quality of the film. “We want to bring the best to the audience. For bringing finesse to the action sequences, we need some more time. Although we are shifting the date from Independence Day, we want to stick to the month of Independence and patriotism with Saaho. We are dedicated to bringing the biggest movie on the largest scale,” the makers said in a statement.