As Qala and Freddy release, here’s looking at Hindi cinema and the portrayal of mental illness

This December, two films have released on leading streaming platforms that have protagonists battling mental health concerns--Qala and Freddy. 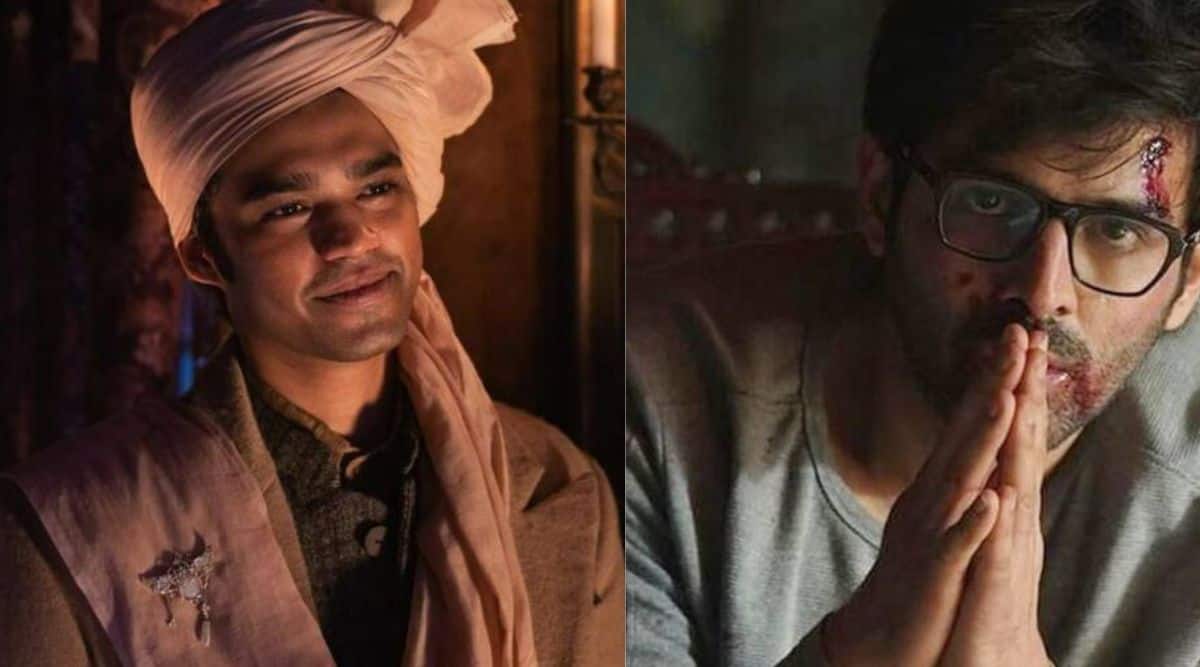 This December, two films have released on leading streaming platforms that have protagonists battling mental health concerns. Qala, which started streaming on December 1 on Netflix, sees Tripti Dimri play the title character whose mental health unravels as she navigates a complicated relationship with her mother and deals with a rival, played by Babil Khan. Freddy, starring Kartik Aaryan, starts streaming on December 2 on Disney+Hotstar. From what the trailer promises, Kartik’s character Freddy is a shy dentist who puts his dental chair to other murderous uses.

But while sociopaths and psychopaths have been the subject of multiple television shows and films, more common forms of mental health concerns, like depression, anxiety, or bipolar disorder have not always been presented with empathy or even research in mainstream cinema. For many years in Bollywood, people with mental health conditions were all painted with the broad strokes of ‘pagal’, or ‘dimagi halat theek nahin hain’.
Patients exhibiting symptoms of mental illness were often shipped off to ‘pagalkhanas’ or ‘asylums’ where men in white coats and grim expressions treated them. Counsellors, therapists and psychiatrists were never seen in Bollywood for decades, creating a frightening and often limited future for those with mental illness.

Khamoshi, which was released in 1969 saw Waheeda Rehman play Radha, a nurse in the psychiatric wing of a hospital who gets emotionally attached to not one but two of her patients, causing her to eventually suffer a mental breakdown. Bandini, which was released in 1963 depicted Nutan as a jail inmate who kills the woman she is hired to care for because she blames her for ruining her life. While Nutan’s character is imprisoned for her crime, her mental health is never the subject of discussion.

The callous attitude or lack of attention to detail towards depicting people with mental health concerns continued through the 1980s and ’90s. In the film Basera, Rakhi’s character is shown to be in an institution for the mentally ill after she suffers a head injury. She seemingly recovers when another inmate hits her on the head, only to fake a mental breakdown to allow her husband and sister to have a happily ever after. In Baazigar, Darr and Anjam, Shah Rukh Khan’s obsessive behaviour and anger issues were either romanticised as love or glorified as revenge. We were expected to feel sorry for a man so consumed by his emotions that his moral compass or understanding of boundaries was erased completely.

Mahesh Bhatt, who has created multiple characters battling mental health issues, worked with Kangana Ranaut in Gangster and Woh Lamhe. In Gangster, Kangana played a heartbroken alcoholic who eventually dies by suicide, while in Woh Lamhe, which was directly inspired by Bhatt’s relationship with Parveen Babi, Kangana’s character battles schizophrenia and dies after she attempts suicide. Sadly, in both cases the character doesn’t seek help from a medical professional or is unable to continue with treatment, creating the image of a rather dark and hopeless future for those battling addiction or mental illness.

Bhool Bhulaiyya, which released in 2007, made some departure from earlier films that had characters with mental illness. Vidya Balan’s transformation into Manjulika was not just a ‘bura saaya’ or ‘aatma’ entering her body. The makers offered an actual diagnosis — Dissociative identity disorder. Though the cure offered was a simplistic mix of hypnosis and old school jhaad phoonkh, acknowledging that there are multiple kinds of mental health issues was a step forward. Karthik Calling Karthik was another notable film that portrayed mental illness with sensitivity and had a realistic portrayal of a therapist. Farhan Akhtar’s character Karthik suffered from schizophrenia, but the film offered hope that those battling this mental health issue were worthy of love and had hope of a better life with medication and counselling.

Dear Zindagi starring Alia Bhatt and Shah Rukh Khan was perhaps the first film to create a relatable story of a character battling depression and seeking counselling. This was also the first time that a therapist had a lead role in a film and was portrayed as a regular person and not a cold insensitive doctor in a white coat. Though realistically therapists don’t take long walks on the beach with their patients or go cycling with them, the film normalised seeking help from a mental health professional to deal with emotional pain, just as you would go to a physician for flu. Dear Zindagi was also refreshing because, unlike most Hindi films which place parents on pedestals, this story didn’t shy away from finding fault with parents and caregivers whose choices can impact a person into adulthood.

While there has been a definite shift in the way characters battling mental illness are portrayed in cinema and OTT content, in many cases even today, mental illness is either used as a trope to make the character edgy or dangerous, and the cure is still portrayed to be love or worse still marriage.Atrangi Re, had Sara Ali Khan playing Rinku, a woman who is forcibly married to Vishnu (Dhanush). However, she claims she is in love with a man named Sajjad (Akshay Kumar) who as we learn is not just a hallucination of her mind, but actually her father whose traumatic death she had witnessed as a child. She is undoubtedly dealing with serious mental health concerns, but the film’s writer and director find Rinku’s ‘cure’ in her ‘loving’ husband who fools her into taking medication and takes assistance from a friend who claims to understand women because he is a psychiatrist. It’s a shockingly callous handling of mental illness and one that undoes years of work it has taken to build awareness and sensitivity towards mental health.

What is perhaps as bad or worse than wrongfully depicting characters with mental illness, is negatively portraying mental health professionals, counsellors and psychiatrists. For decades doctors looking after mentally ill patients were cold, unfeeling and often brutal. Inspite of all the attempts to make us ‘woke’, sadly this tendency continues.

Breathe-Into the Shadows, which stars Abhishek Bachchan sees him playing a character with Dissociative identity disorder. Abhishek plays Avinash, a psychiatrist, and J is his split who resorts to murdering the people he believes have hurt Avinash over the years. While the idea of a mental health professional battling a serious mental illness might be a catchy premise, Breathe not just made those battling mental illness seem dangerous and unpredictable, but it also diluted the credibility of mental health professionals.

Unfortunately, this is not the only show to do so. In the film Forensic, which dropped on the streaming platform Zee 5 this year, the character of Ranjana Gupta, who is a psychologist and a child counsellor in a school, is revealed to be a gruesome serial killer who kills little girls on their birthdays. The second season of Criminal Justice saw Kirti Kulhari’s therapist having an affair with her and impregnating her, which is against his code of conduct. By raising doubts and casting aspersions on mental health professionals, we are dissuading people from seeking professional help but also undermining their credibility as professionals to provide assistance to those battling mental illness.
While there have been instances of films and OTT content portraying characters with mental illness with insensitivity or for the want of a better word, cluelessness, there has been an undeniable amount of progress in slowly erasing the misconceptions, judgements and ridicule surrounding those battling mental illness. Celebrities like Deepika Padukone and Anushka Sharma speaking about their journey of coping with depression and anxiety,
have played a significant role in beginning a conversation about mental illness in the public space.

One can only hope that going forward, actors, filmmakers and content creators work towards eliminating the taboos surrounding mental illness and refuse to work on story ideas that have an inaccurate or sensationalised portrayal of a character with mental health concerns or a mental health professional.

Kartik Aaryan on living and creating Freddy: ‘It was exhausting’