Rhea Kapoor’s next will not star sister Sonam Kapoor

Having collaborated with her sister Sonam Kapoor in two films, 'Aisha' and the recently released 'Khoobsurat', producer Rhea Kapoor says her next venture will not star the actress. 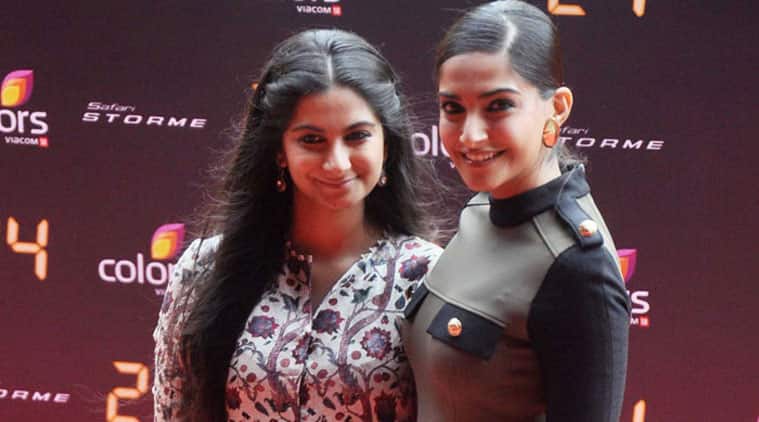 Rhea is the younger daughter of actor Anil Kapoor and is currently working on the third production which is about today’s generation.

Having collaborated with her sister Sonam Kapoor in two films, ‘Aisha’ and the recently released ‘Khoobsurat’, producer Rhea Kapoor says her next venture will not star the actress.

Rhea, 27, who is the younger daughter of actor Anil Kapoor, says she is currently working on the third production which is about today’s generation.
“The film that I am making next is about my generation. It is something completely out of my comfort zone. I am very excited about it. I relate to the subject a lot. That film does not have Sonam in it,” Rhea told PTI.

“My fourth film based on Anuja Chauhan’s novel ‘Battle For Bittora’ will star Sonam,” she added.

When asked about the rapport she shares with her elder actress sister, Rhea said they enjoy working together as it comes very naturally.
“It is a very natural thing for us to collaborate. We are always working together be it styling or production. Anything we put out now and foremost from this company will have all my heart and soul into it,” Rhea said.

The young Bollywood producer is very happy with the audiences response to her latest film ‘Khoobsurat’, which is a remake of the 1980 film of the same name.
Rhea says the positive feedback that she has got on the film is very encouraging as it has proven that this genre of movies also have audience.
“I am very proud of ‘Khoobsurat’. We created a following and I am glad to see that we did not let those people down. The budget in which we made this film is very small. I tried to deliver something that looked much grander and happier. I want to keep doing that. It takes a lot of effort and time. We can’t afford the budget of male dominated films right now.

“The best that we can do is that make the best film in a smart, economic way. It is the very encouraging to see that the film is sustaining. I know there are people who want to go see these movies. I can make another one and continue to do so,” Rhea said.

Rhea is also happy that that lead of the film, Pakistani actor Fawad Khan is getting very good response back home as well.
“He said he is feeling an adrenaline rush. He is back in Lahore, he is going to Karachi for the screening. He will be back in India after 10 days,” Rhea said.