On Rhea Chakraborty’s birthday, here’s a look at her MTV Teen Diva days

Before venturing into acting, Rhea Chakraborty had participated in Teen Diva and was also the youngest MTV VJ. Have a look at her journey. 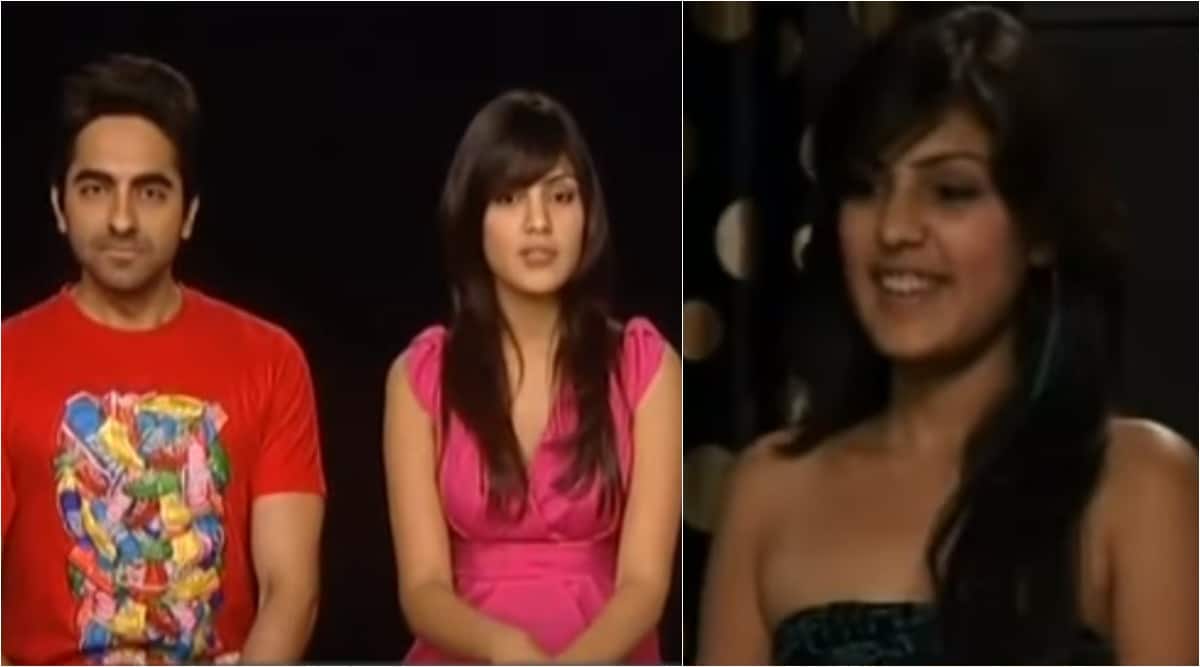 Rhea Chakraborty was the finalist at Teen Diva and even hosted number of shows on MTV.

Model-actor Rhea Chakraborty has turned a year older today. While she has been in news over the last year because of her relationship with Sushant Singh Rajput, the young actor has made her mark in films like Jalebi, Mere Dad Ki Maruti, Sonali Cable and Bank Chor. Not many though know that before making her way into Bollywood, she started her journey as a contestant in MTV Teen Diva.

Rhea emerged as the runner-up, with Apeksha Porwal taking home the title. However, given her pretty face, talkative nature, and charming personality, she was chosen as a VJ by the channel. As the youngest VJ on MTV, she hosted shows like Pepsi MTV Wassup, Gone in 60 Seconds and Tic-Tac College Beat. In an interview a decade back, Rhea had shared how she would take her books to her sets, as she was pursuing her education simultaneously.

Today, as she turns 29, here’s looking back at her journey as a ‘Teen Diva’ and then an MTV VJ.

As part of the ice-breaking session among the young models, the team asked them to indulge in an arm-wrestling competition. Rhea Chakraborty, who was first to go opposite Ruhhi Singh (also an actor now), she lost it in few seconds. However, she was cool at her defeat and was grinning at losing to a petite Ruhi.

When Rhea was trained in table etiquettes by her co-contestants

In one of the tasks in Teen Diva, a group of girls was trained in table etiquettes by Pageant Coach Ritika Ramtri, who in turn had to pass the learning to the three top contestants. Rhea being one of them had a hard time with her trainers fighting among themselves. The actor was pulled up for cutting spaghetti on her plate and even using the napkin wrong, however, she impressed the judge and won the challenge.

When Ayushmann Khurrana and Jose said ‘I love you Rhea’

Rhea Chakraborty with Ayushmann and Jose in an episode of ‘Gone in 60 Seconds’ (Photo: Youth TV, YouTube Screengrab)

Rhea Chakraborty hosted the popular show ‘Gone in 60 seconds’, and in one of the segments, she was joined by Ayushmann Khurrana and Jose. In the video, the two had to say ‘I love you Rhea’ in 25 different ways, imitating popular Bollywood stars.

Rhea Chakraborty and VJ Bani hosted a series where they promoted ‘cool’ college utilities. In this video, the two give their viewers a sneak peek into the latest college bags collection.

Did these videos make you nostalgic? Then share it with your friends! Also, happy birthday, Rhea.