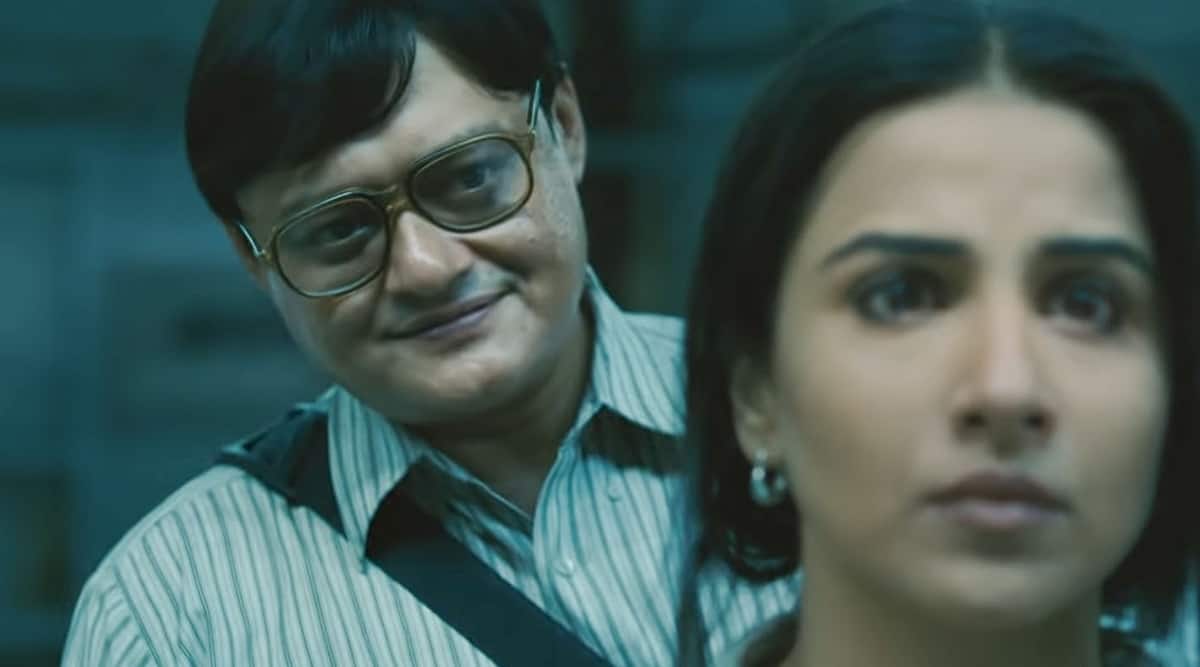 This is perhaps the most innoccous of phrases that most Hindi-speaking people say multiple times a day. It can mean a host of things given the way we say it — give me a minute, listen to me or have patience. But it took a darker, deadly hue when Saswata Chatterjee, hiding behind prosthetics and glasses, muttered it in his Bengali-accented Hindi. He then took a gun out of his sling bag and shot his victim point blank.

In Bob Biswas, Kahaani (2012) gave us an iconic character. The film won many fans for its intricate storytelling and memorable characters played by Vidya Balan, Nawazuddin Siddiqui and Parambrata Chatterjee. However, it was Bob who gave us nightmares. An insurance agent during the day, he was quite the deadly killer hiding behind the facade of a man on the street. The popularity of the character resulted in many asking for a spin-off for the character and in a rare move, Sujoy Ghosh has written and produced the film with Bob as the lead character. Abhishek Bachchan will be playing the contract killer in the upcoming film.

Before watching Bob Biswas, here’s a little recap to refresh your memory.

Bob is introduced as a middle-aged man with an unassuming personality who works in an insurance firm but isn’t particularly good at his job. In fact, every time we see him in his office, he is getting reprimanded by his superior. When Bob’s flip phone pings, it is with a photograph but we still don’t know what it means. Bob Biswas’ appearance in Kahaani started the chatter about a spin-off film back in 2012.

The first time we see Bob kill is when he shoots Agnes D’mello, who might lead Vidya Bagchi to Milan Damji. He rings her door bell, verifies her name and shoots her point-blank. Bob isn’t one of those ‘cool’ assassins that we often see in movies who walk around in black garb with sniper guns on their shoulders. He is a man with a belly who gets tired when he runs too much and has to pause to take a breath, which makes him the kind of killer who can get lost in a crowd.

Talking about the inconspicuous nature of Bob Biswas, Saswata told NDTV in 2012, “We should portray the character in such a manner that one should not identify this man as a killer until he shoots the first lady. People should not imagine anything of that sort because once you look at a man and you can make out that this man is a criminal, he can’t be out of jail for long. So you won’t even look at that man for a second time.”

Bob then appears in one of the most chilling scenes of Kahaani as he pushes Vidya Bagchi in front of an approaching metro train, only to pull her back in the nick of time. The scene is terrifying as Bob does it with a smile on his face and Vidya’s reaction to this near-death experience leaves you gasping for breath. Bob follows her through the station and warns her to go back to London.

In Kahaani, Bob’s story ends with an implication that he has been killed in a road accident. Bob is on his way to kill Vidya Bagchi but gets caught by Vidya and Rana. Rana chases him but we see Bob getting hit by a car. Rana picks up his cell phone and leaves the scene. However, we don’t see Bob’s death so it is yet to be seen if the story of the upcoming film takes off after the accident.

In the trailer for Abhishek Bachchan-starrer Bob Biswas, we learn that Bob has lost his memory so this could be the result of the accident. It is yet to be known if Bob’s story will tie to Vidya’s story from Kahaani but if the makers plan to go down that route, we might learn about the accident as well.

Bob’s story has been entrusted in the hands of Diya Annapurna Ghosh, who is directing her first film. The film releases on ZEE5 on December 3.