On Rekha's 66th birthday today, here's our ode to the Umrao Jaan star's enigmatic life and how a movie-obsessed India looks at her, with awe and oodles of mystery. 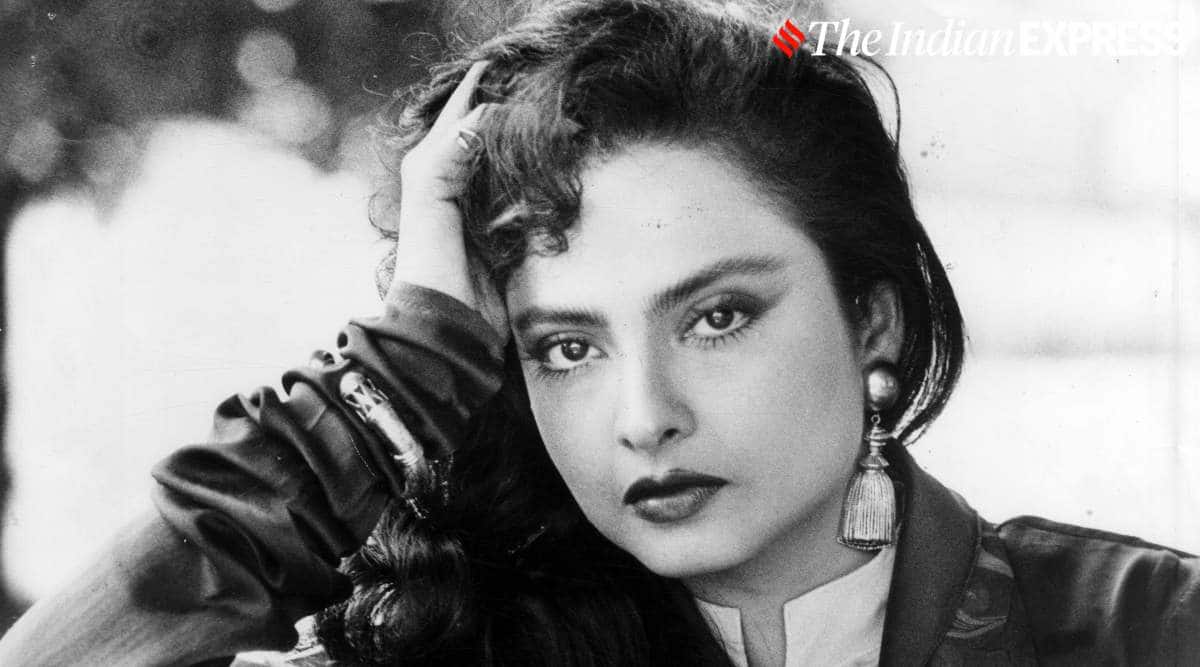 Rekha, who has done a jaw-dropping 180 films and upwards, came at a time when actresses like Sharmila Tagore, Asha Parekh and Mumtaz were ruling the marquee. (Express archive photo)

From the time of her teenaged Bollywood debut in Anjana Safar to Super Nani, Rekha has loomed super large in the national consciousness. In some sense, she is a worthy throwback, or an inheritor if you choose to see it that way, to the classic heroines of the yore like Madhubala and Meena Kumari. Dreadfully, with the latter, she has much in common. For both, superstardom came at a great personal cost. Love, relationships and domestic bliss were hard to come by. Men were at once their raison d’etre and nemesis.

On her 66th birthday, we take a look at her biography, Rekha: The Untold Story, written by Yasser Usman, which attempts to bring forth the extraordinary personality though it takes the familiar route that kept gossip and fan magazines of a certain era in circulation – Rekha’s salacious personal life.

Like Meena, Rekha had a difficult childhood. While Meena’s abba left her in an orphanage only to return and find ants crawling all over the baby’s body, Rekha’s father, the great Gemini Ganesan’s gift to Rekha was far worse – the lifelong curse of being Gemini Ganesan’s illegitimate daughter. Rekha’s need of and protection from men throughout her life can be seen through the illegitimacy prism.

As if the childhood baggage wasn’t enough, Rekha’s personal life as a star became a ground on which many a battleground was fought. Ironically, the ravishing beauty or diva as we know her today wasn’t recognised as one in her early years. Shashi Kapoor was compelled to call her “dark, plump and gauche” and wondered if she was “ever going to make it.”

But make it, she did. 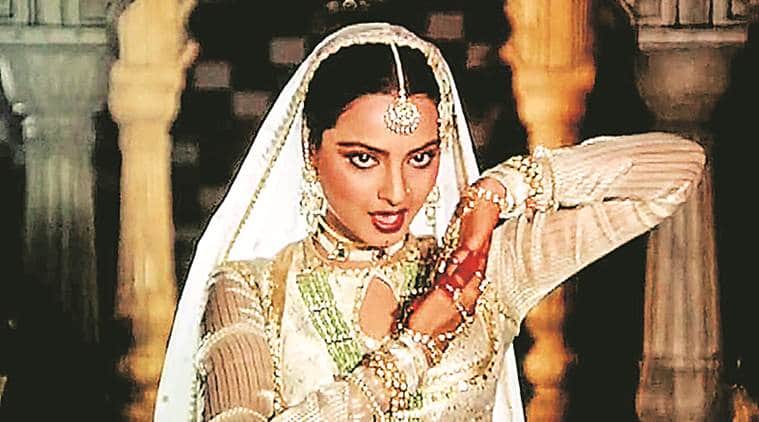 Rekha bagged the National Award for her performance in Umrao Jaan.

Rekha, who has done a jaw-dropping 180 films and upwards, came at a time when actresses like Sharmila Tagore, Asha Parekh and Mumtaz were ruling the marquee. But there was something natural about the new entrant. Her performances, whether it is Muqaddar Ka Sikandar, Ghar (for the record, the film is her personal favourite and she described it as her major breakthrough in “serious acting”), Umrao Jaan or Ijaazat, reflect the pain, melancholy and the lived experiences (of rejections and heartbreaks) of a troubled life.

She is often described as an enigma. Yet, if you think about it, it’s not like she’s Greta Garbo who kept herself away from the prying press. She was accessible and yet, forever unknowable. So much of Rekha and her various affairs and eccentricities are out in the public domain. We know so much about her and still there’s a feeling that we don’t know her enough. That explains the cinema-crazed India’s inexhaustible desire and capacity for Rekha-mongering. That also explains why in any award ceremony, if Rekha is on stage there’s a mandatory shot of a sheepish Amitabh Bachchan and vice versa.

Despite her long absences from screen, she remains a major draw. Is Rekha, then, in the news purely for her so-called affair with Amitabh? The answer is an emphatic ‘no.’ She may be the perpetual Other Woman in the real-life Silsila of the Bachchan saga but as far as her Bollywood rep goes, Rekha is the First Lady.

Much like Amitabh, Rekha is the only star of her generation who has travelled well over the years and aged gracefully. The key difference between Rekha and her contemporaries is that while others wear their age on their sleeves, Rekha looks practically ageless. Many see her as an evergreen beauty, nonpareil and in a league of her own. Among the younger lot, she commands a ‘touch the feet’ kind of reverence. Despite her long absences from screen, she remains a major draw. (Source: APH Images)

How did Rekha become so revered a figure from the “national vamp”, in Anupam Kher’s colourful words? Rekha-bashing was once a favourite sport of the petty-minded movie people. She was called egregious names – man eater, black widow and marriage breaker. This is the same Rekha who allegedly abetted the suicide of her husband.

At the heart of India’s Rekha worship is our quiet acceptance of her as an elderly, if glamorous, matriarch. It’s tragic and even laughable that even though she was never thought of as the perfect wife material she has seamlessly passed into the realm of a mother figure by way of her widowhood and overall seniority in the industry scheme of things.

At 66, Rekha is finally domesticated. She has turned into the “Bharat ki nari” that Subhash Ghai was so sure she won’t become. It is to Rekha’s credit that even though she carried the “wounds” in her heart, as her Umrao Jaan director Muzaffar Ali put it, she isn’t a “broken person in the end.”

Clearly, the pain of being Rekha far outstrips the pleasures of her stardom. There’s a price to pay for fame and nobody knows that as well as the daughter of Gemini Ganesan.

We thought it was an under-par score but the wicket behaved differently: Shreyas Iyer